I Am Not an Imposter 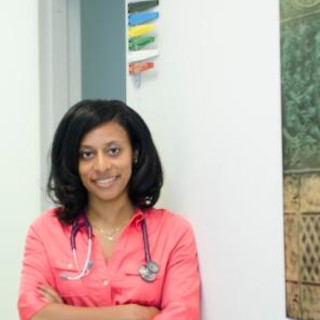 Although I did not learn about Impostor Syndrome until my first year of residency, I had already been experiencing it for years. I remember the first day I heard the term as I was watching the comedian Tina Fey. I was listening to a clip from her book BossyPants and heard her explain Impostor Syndrome in an interesting way. I understood the sentiment as soon as I heard her say, “The beauty of the Impostor Syndrome is you vacillate between extreme egomania and a complete feeling of, ‘I’m a fraud! Oh God, they’re on to me! I’m a fraud!’ So you just try to ride the egomania when it comes and enjoy it then slide through the idea of fraud.” She was describing me! I nervously laughed when I heard the term and how she described it. And in that moment, I felt that someone understood me. I was not alone in my feelings. Like her, at times I felt like a fraud.

Unfortunately, once I heard about Impostor Syndrome, I realized that it had plagued most of my adult life, starting when I was applying to medical school. Getting into medical school was not an easy task and is likely where I first felt feelings of “Do I belong?” It took three tries before I had an application that was worthy of any medical school admission offices taking notice of me. When I finally was accepted to medical school, I was delighted but still felt that I did not belong.

It didn’t help that I was one of the few black female residents. As most people know, medicine is still a male-dominated field. If I think about it, most industries are male-dominated. Even though 2017 marked the first time that more women were enrolled in medical school than men, according to the Association of American Medical Colleges (AAMC), in my specialty, internal medicine, today about 63% of the physicians are male and less than 6% of trainees are black. My residency program was no exception.

Though most of my experiences and the people I worked with were great, there were some interactions that definitely fed into my Impostor Syndrome. I survived and did well in residency, but I often felt unsupported. Even though I felt unsupported, I kept moving forward. These incidents motivated me to be a better resident and ultimately a better person. I worked hard to maintain great relationships with patients and worked well with surrounding health teams.

Over the course of my last year in residency, my confidence grew with every interaction with my research mentor and clinic supervising doctor. I had an amazing outpatient clinic supervising doctor who showed me how a caring physician should conduct herself professionally. My research mentor kept pushing me forward even though she herself was busy. During the last few months of my training, my mind began to move past residency. I started to dream of the day I could take the best and worst of what I learned to become a great physician for my patients.

I accomplished something that defied what I previously thought about myself — thoughts of me as an imposter, a fraud. At that moment I realized that the biggest obstacle I faced was dealing with my feelings of “not belonging.” Sometimes feelings of Impostor Syndrome still pop in my head. I am now an early career physician at an academic institution. Being at the beginning of my career, everyone really seems further along than me. But then I remember residency and know it is not how you start but how you finish. I am not an imposter. I am a great physician and a budding researcher. I belong, and so do you.

Alana Biggers, MD, MPH is an Assistant Professor of Clinical Medicine at the University of Illinois-Chicago (UIC) College of Medicine where she received her MD degree. She completed residency training in Internal Medicine at the Medical College of Wisconsin, obtained her Master of Public Health in chronic disease epidemiology from Tulane University School of Public Health and Tropical Medicine and completed a research fellowship at the Centers for Disease Control and Prevention (CDC).