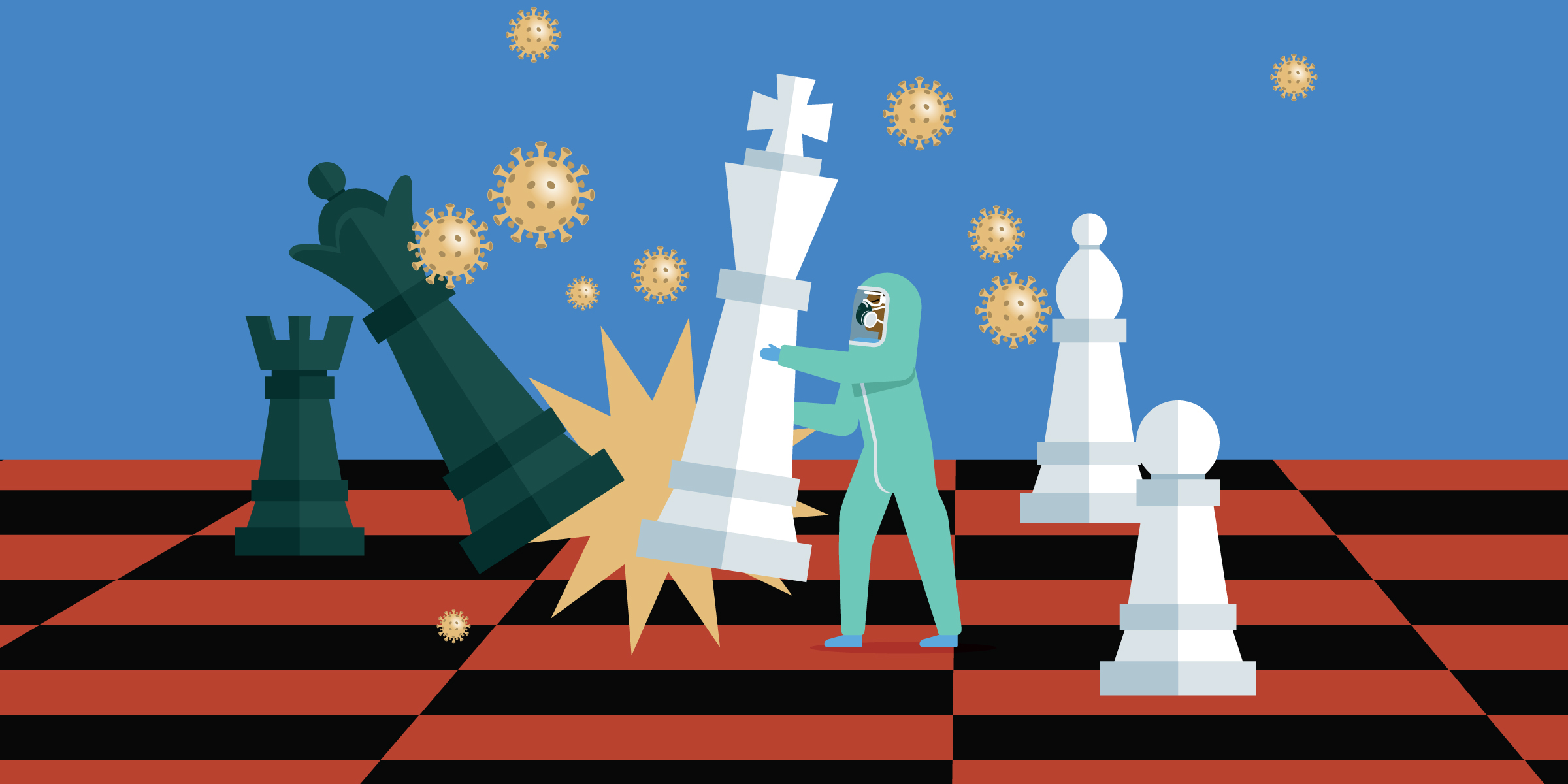 In April, the reigning world chess champion lost to a sixteen-year-old. Alireza Firouzja, a super-grandmaster chess player, defeated Magnus Carlsen, the highest-rated player in the world, in the finale of the Banter Blitz Cup. Each player had three minutes per round, or about 4.5 seconds per move, over the course of 16 matches. With $14,000 and the championship at stake, the players needed accuracy, precision, and, above all, speed.

As I watched some of the greatest minds in chess compete at a rapid pace, I was reminded of how quickly science has been moving during the pandemic. I reflected, too, on my own experience playing chess.

Growing up, I was always in trouble with time when playing chess. I’d spend hours on a single game because I felt the need to plan for as many scenarios as possible. It might have been helpful to have known that, in chess, there are 20 choices for the first move. Then there are 400 ways the game can continue. And after just three moves, there are nearly 9,000 possibilities. There are more positions in chess than there are stars in the universe.

I kept running out of time because I had difficulty accepting that I had to make a move, despite not knowing the future fully. It made me anxious to think of the inherent risk and uncertainty involved in every decision.

When not in a crisis, I think of science as moving slowly, like the speed at which I played chess. It takes time to vet papers, conduct peer review, and understand how research should influence policy. But lately, we’ve been pushing science to move more rapidly than before, like in a blitz.

Not long after I watched Firouzja outwit Carlsen, I reactivated my Twitter account. I wanted to hear directly from scientists working on COVID-19 research. Once I curated my feed, I was quickly overwhelmed by the sheer volume of preprints, press releases, and publications circulating online. No matter their background, users from all over the world were giving their own takes on emerging research. I wasn’t surprised.

Lately, we’ve all been desperate for truth. People are wondering when they can go back to work, or when they can get married. So far, more than 100,000 people have died from COVID-19 in the U.S., and more than 40 million jobless claims have been filed. It’s no wonder that scientists and policymakers have been urged to move quickly. The danger, however, is that the need for speed can cloud our judgment.

Historic chess matches can be cautionary tales for us. When we’re under pressure, it’s easy to fall for a free pawn. That’s what happened in the 11th round of the 1972 world championship. Bobby Fischer, an American grandmaster, took a pawn from his opponent, Boris Spassky. But in exchange for the material he gained, Fischer lost time and the opportunity to improve his own position. Eventually, he lost the match, too.

I worry that the rapid rate at which new research is emerging can be like taking a free pawn. Stat News reported that public officials in Utah spent $800,000 on chloroquine and hydroxychloroquine before the efficacy of the drugs was substantiated. They based their decision on recommendations from a local pharmaceutical chain and underpowered trials. Later, they were refunded for their purchase, as no significant evidence emerged that the drug could prevent or treat COVID-19.

When immediate solutions seem to be available, desperation can overtake our judgment. Recent models have predicted that we’ll be dealing with COVID-19 for years to come. Planning will be essential to humanity’s well-being.

In many ways, a chess match is won long before a player declares “checkmate.” A good plan can carry you through the game. In the first round of the 1954 Chess Olympiad, for example, David Bronstein, a Soviet player, spent 98 minutes on his ninth and 10th moves. During the match, nicknamed “Long Think, Strong Think,” Bronstein plotted out the rest of the match, using more than half of his available time. Even for chess players, it was uncommon to spend time at that rate, especially so early in the game.

In the end, it paid off. He was able to string together a set of novelties — new moves that had never been seen before — to defeat his opponent. It wasn’t one single move that propelled Bronstein’s game forward. It was the entirety of his plan.

As we make decisions for the future, we need a mix of Bronstein’s planning and Firouzja’s quick, intuitive thinking. I play my best chess when I hurry slowly, or at a steady pace. I give myself time to think, but also know when to make a decision based on the urgency of the situation. After a game finishes, I’ve learned to embrace seeing where I went wrong. Losses can be bitter, and I don’t want to make the same mistakes.

Retrospect in chess is no different in science. It always seems to be 20/20. As we move forward, it’s important to see how our research and policies could have been better.

If our leaders had all the time to think during this pandemic, they could guess countless futures, and still be wrong. Hopefully, with as much evidence, consideration, and understanding as possible, we can shore up our plans for the future.

Tino Delamerced is a third-year medical student at the Warren Alpert Medical School who has played chess competitively since the second grade.