How Do I Remember Her as Just a Girl and Not the Dying Girl? 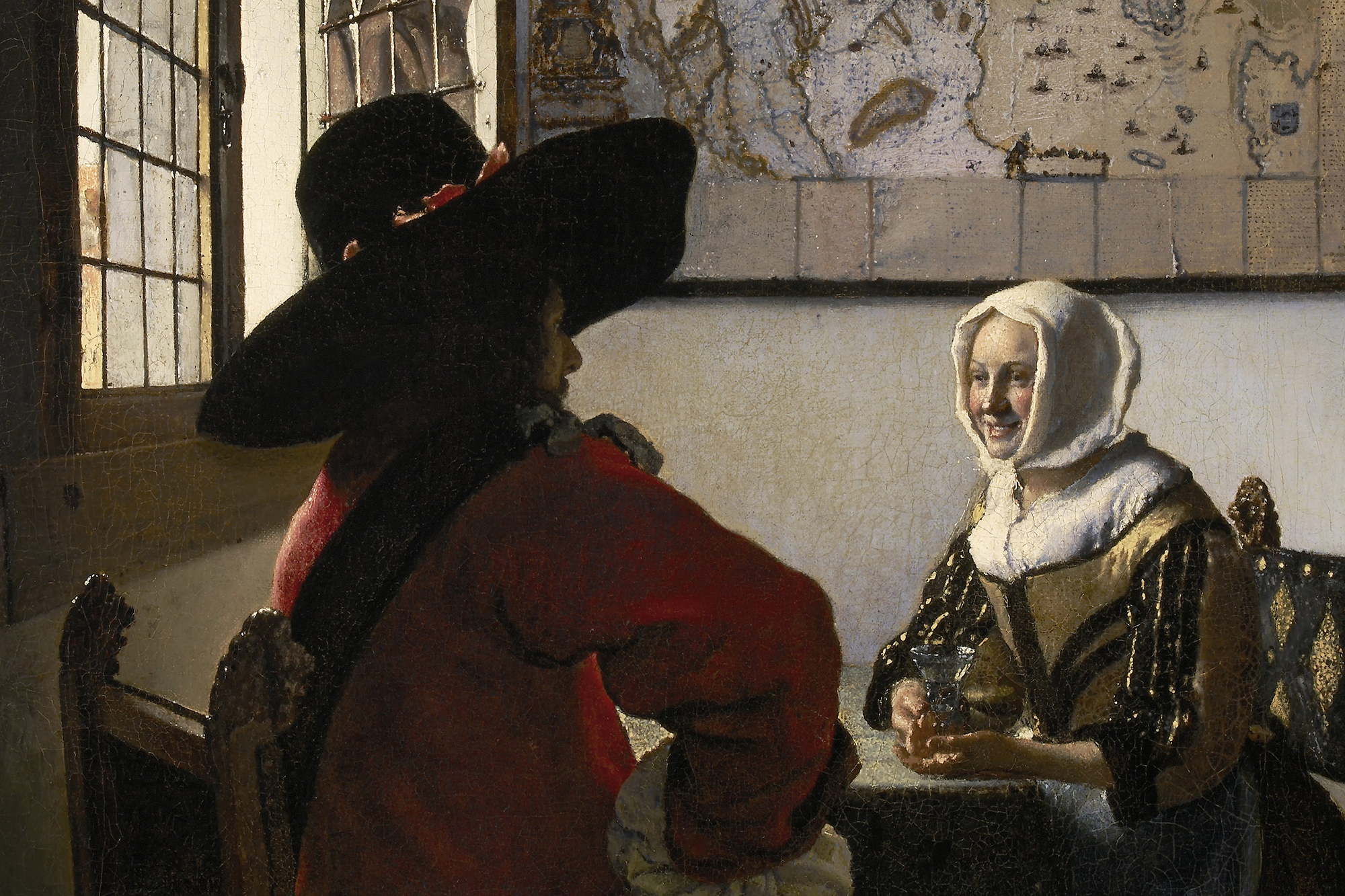 My mind, lately, has been turning to a certain painting at The Frick Collection, an art museum on the upper east side of Manhattan: Johannes Vermeer’s "Officer and Laughing Girl."

I think it’s because I don’t want to forget Alisa.

Alisa was a seven year old girl with leukemia who clinically deteriorated over the course of 36 hours, spiraling from sitting up and talking to me on the oncology unit to being transferred down to the PICU. She died a couple days later.

The first time I met her, Alisa was wearing a pink shirt that matched her favorite glittery pink pillow. She had just been diagnosed with leukemia a few days prior. The couch near the window had a few unpacked bags containing various items from home — blankets, stuffed animals, her clothes. A couple unopened bags of animal crackers and teddy grahams from the unit’s snack room laid on the tray table beside her bed.

As one of the nurse practitioners for our hospital’s infectious disease service, I was there that afternoon really just to meet the family and give input on what antifungal prophylaxis she may need during her chemo course. It would be a pretty straightforward visit: Hi, I’m Evelyn, I’m part of the infectious disease team. Just dropping by to introduce myself, because you may see our team (but, hopefully not!) as your daughter goes through chemotherapy… like if she gets fevers or if the oncology doctors are worried about an infection. I would ask my questions about past infections, prior and current exposures, and any travel history. I’d examine Alisa, ask some silly questions about Moana or Elsa and try to coax a laugh out of her. I would tell her parents how cute she was. They would probably smile. It would be a one-and-done sort of consult. Simple.

Alisa didn’t want me to examine her that first day, shouting “No no, no!”, pouting her lips, crossing her arms and shaking her head. Her mother, looking deeply apologetic, turned to me and said, “I am so sorry, she can be really stubborn…” I told her mother not to worry, that all of this was a big adjustment for Alisa; and honestly, if I were seven years old, I wouldn’t want a parade of clinicians asking me the same questions and examining me every few hours either! Eventually, though, with the help of her parents calmly encouraging her to let me take a look at her, I was able to listen to her heart and lungs, palpate her belly and take a good look inside her mouth.

I first encountered the painting "Officer and Laughing Girl" during a New York City summer. At the time, I was finishing up my M.S. in Narrative Medicine at Columbia University and taking a visual arts class held at The Frick. The class was called “Works of Art and Wide-Awakeness to the World” and was led by an extremely knowledgable and elegant professor and her very insightful teaching assistant. Both of them made clear, during our first class session, that they were less imparters of knowledge and more guides in helping us “awaken” to the world through art.

I confessed the first week of class that I was that person who couldn’t spend more than an hour at an art museum, typically spending about a minute in front of each work of art. I was also that person who avoided going to art museums with other people, because I didn’t like talking about art in front of art. I was efficient in my experience of at museums much in the same way that I am efficient in my extraction of pertinent information from medical records and hospital labs.

During our second class session, my intimate class of nine was scheduled to spend 90 minutes in front of "Officer and Laughing Girl." My first thought was that I could probably walk through The Frick 10 times in that duration of time. My second thought, once we arrived to the painting, was that it was…very small. And very straightforward. It depicted a male officer…and a laughing girl. And there was a large map on the wall behind them. How much more could there be to it?

The last time I saw Alisa, she didn’t put up a fight at all when I came in to examine her. She was sedated. She was on vasopressors. She was intubated. She was on a volumetric diffusive respirator (VDR). She was on continuous renal replacement therapy. She was on extracorporeal membrane oxygenation (ECMO). Her body was swollen, her skin taut. She seemed to have doubled in size. She was no longer in her own clothes; in fact, she was mostly naked with the exception of a white hospital sheet lightly covering her lower body. There were blood splatters all over it. The PICU and surgery teams had just put her on ECMO.

To examine Alisa that day, I had to carefully step over two thick, black electrical cords, wedge myself between the ECMO and VDR machines, and carefully weasel the stethoscope head to that tiny space underneath her endotracheal tube and between her multiple lines. I could barely hear her heart beat under the VDR vibration noises, but her monitor told me that her heart was beating and that she was bradycardic. I couldn’t count her respirations, but her ventilator settings told me that she was programmed to 30 breaths a minute. I talked to her even though I knew that she wouldn’t respond to me; she was heavily sedated and medically paralyzed. Her belly was tense and distended, but so was her entire body. Alisa’s eyes were covered with a small towel. I didn’t even try to look underneath.

I am having trouble recalling her face. Her body, those machines, the blood stains on the sheets — that is what I remember. Her numbers, her white blood cell count, her transaminases, her inflammatory marker… these, I remember. I can remember what cultures we sent, what tests were still pending. But, I’m losing my memory of her…as just Alisa.

I started to realize that what I was seeing was changing based on where I stood. The officer looked larger from a certain angle. What I had initially assumed was white paint from a distance was actually a mix of multiple colors up close. The map itself even contained surprises; what I had assumed was land and water by virtue of it being brown and blue respectively was actually the opposite: the blue paint was land, the brown paint was water. I knew that the painting itself was static, and I came to realize that it was actually my own changes in positioning and perspective that was altering what I was seeing and experiencing.

At the end of the hour, we all went up the stairs just across from the painting so that we were looking at "Officer and Laughing Girl" at just above eye level and from a farther distance. Then, the professor turned the museum’s bright lights off, imitating how the painting would have been seen in the 1650s before electric lighting existed. Our group collectively gasped. The officer almost disappears, one of my classmates stated quietly. We all nodded. In the natural evening light, the officer seemed to have disappeared into just blurry darkness. It’s about the girl, someone else quietly exclaimed.

Somehow, that past experience at The Frick, those 90 minutes looking at "Officer and Laughing Girl," has helped me in the present, in these days after Alisa’s death. Maybe it helps me feel less cruel and heartless — for remembering without difficulty and with utmost certainty Alisa’s lines and labs. Maybe it helps me feel less guilty — for not being able to easily recall Alisa’s face but remembering so easily her edematous body and the blood splatters on her sheets. Maybe it helps me feel like I’m doing something, that I’m really trying to remember Alisa, preventing her from becoming simply that case, that high-risk acute lymphoblastic leukemia, that new diagnosis on ECMO.

What if I step back from Alisa's case in the same way that I stepped back from the painting at The Frick? Will Alisa, like the "Laughing Girl," finally stand out? Will I finally be able to recall her face? Will all that medical stuff, like the "Officer," disappear? What if I close my eyes really hard, metaphorically turn the lights off on all the medicine and science — then, will I be able to recall her face? Then, will I be able to see her and remember her as simply…Alisa, the feisty girl with the glittery pink pillow who was strong enough to tell me that she didn’t want me to listen to her heart and lungs the very first time we met?

Evelyn Lai is a Pediatric Nurse Practitioner with a B.A. in English Literature and a M.S. in Narrative Medicine. Evelyn has written both academically and creatively and believes strongly in the power of stories. She has no conflicts of interests. Evelyn is a Doximity 2019-2020 Fellow.

Mar 19, 2019 Link to The Doctor Who Gives Out Recipes Like Prescriptions

Read How to "Nudge" Patients on Behavior Change 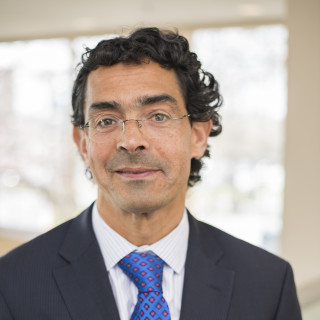 App of the Week: Health Storylines