His DNR Status Was Wrong. He Died Because of It I’m not sure I should tell this story. It happened over two years ago, during my residency. I told myself to keep quiet, to move on from the incident, to use this experience to become a better doctor, and a stronger advocate for my patients.

I can’t keep quiet any longer.

In my second year of residency, my patient was failed by our medical system, resulting in his death. My patient died because of a breakdown in communication and medical bureaucracy.

I was covering an overnight ICU shift. The overnight shift can sometimes be quiet, and I like the quiet. It allows me to do my own bedside rounds and to connect with my patients. On that night, the first patient I rounded on was in grave condition. He had received a kidney transplant 10 years prior, but had now succumbed to renal failure. For over a week, he had been fading in and out of encephalopathy, and the decision had been made to grant him DNI/DNR status.

In all honesty, we were all waiting for him to pass away.

As I entered his room, he appeared to be in a daze. I looked him over: tall, white, male; wrinkled cheeks, arm hooked up to several IVs. Somber. Silent.

I can’t tell you why (I have no idea why), but for some reason, I decided to break the silence.

“How are you doing, Mr. T?” I asked, not expecting a response.

The man stared at me. Not through me, but at me. He blinked, confused.

“How are you doing, Mr. T?” I asked, trying to confirm if he understood me.

Nothing. I must have been putting significance where there was none. The patient was uremic. He was encephalopathic. There was no way he understood me.

Then he mumbled something.

I brought my ear to his lips, trying to understand his faint voice.

He was conscious, but I couldn’t understand him. I quickly dialed a Spanish translator, and brought the phone close to Mr. T’s mouth.

He mumbled, but I kept asking, “How are you doing, Mr. T?” With each ask, he would speak some more, until finally full sentences began to pour from his mouth.

“I am not doing well….Where am I?...Are you taking care of me?...Thank you for everything….I really want to go home. I have so much work to do…when do I get to go home?”

Clearly, this man was conscious. He was coherent. He understood me as I explained his renal failure, as well as his status of DNR/DNI.

“Well that’s not good,” he said, his eyes wide with confusion and fear, “I don’t want any of that.”

I didn’t need to hear any more. I understood he wanted off the DNR/DNI status, and I left to lift it. But before I could reach a computer to input the changes, a heart failure patient went into an uncontrolled ventricular tachycardia.

I couldn’t do both at once. I had to attend to the heart failure; Mr. T would have to wait.

Exhausted, I scanned through his history, “admitted for shortness of breath, found to be in fluid overload … patient lives alone.” This caught my eye. I slowed down my reading, “family reached by social worker, haven’t lived with patient for over 10 years.”

Then finally, I came to the end of the chart, “family will make patient DNR/DNI.”

I was stunned. I was exhausted. I spent the next six hours making the patient full code – completely reversing the DNI/DNR. I called all specialists and briefed the covering fellow on the change in status. I did everything in my power to ensure that my patient would be covered when I left the next morning.

I fell into sleep – hollowed out by the chaos of the night prior. Ten hours later, I was back in the ICU. I walked straight to Mr. T’s room, ready to pick up right where I had left at 10 a.m. that same day.

He was gone. The room was empty. He had again been made DNR/DNI and had passed away.

I put my confusion on pause – there’s no time to sit still in the ICU. I made my rounds. I put out my fires. Fourteen hours later, I finally got a chance to pull up Mr. T’s chart to see what happened.

I saw a note at the bottom, “spoke to family to make patient DNR/DNI.”

I closed the chart. I never spoke about it.

It’s been two years since this death. I held onto this out of fear: fear that speaking up would lead to negative consequences, to retaliation.

I rationalized my silence: “what did I really know?” “I wasn’t there when he passed.” “It’s not my business.”

But the longer I held onto my silence, the more my doubts grew. “How could my full code have been overridden?” “Was the language barrier somehow to blame?” “Did I not communicate my full code effectively?” “Could the change have been missed?” “Was it too late to save Mr. T’s life?”

I don’t know. All I know is that my patient looked at me, and said, “I do not want any of that.”

And somehow, even after I lifted that status, he was put back on DNR/DNI. And he died within 10 hours.

I took an oath to tread with care in matters of life and death. Upholding this oath, treading with care, means speaking the truth. My patient was failed. And I will be silent no longer.

﻿All names and identifying information have been modified to protect patient privacy. 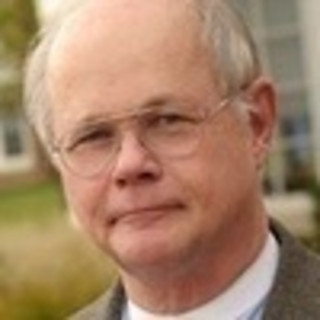 How We Can Create “Championship Teams” in Medical Training

How I Learned to Love My Non-Compete

I Saw Music Heal Others, Then It Healed Me