HIPAA: A Right for All?

I recently had an encounter which had me thinking more on the rights of inmates within a healthcare facility. Starting a new week on the hospitalist service with a fresh census and even fresher cup of coffee, I quickly pre-rounded on my patients to get a sense of their cases. Recognizing one was an inmate, I did not try to find out why he was incarcerated, but rather focused on his history and physical, labs and imaging, and what management had been started by the admitting physician.

Regardless of why an individual is incarcerated, we as physicians are expected to treat the patient with respect and “do no harm” despite whatever harm the inmate may have caused others.

When I walked into the room I introduced myself to the patient who was in bed, in hand and leg cuffs, saddled by two officers on either side. I began to discuss his case with him, looking him directly in his eyes, despite the fact that I could feel the eyes of the officers on me.

I made a comment on an abnormal lab finding and what diagnosis it correlated with and was immediately interrupted by one of the officers saying, “Wow you have that?”

I was shocked—not so much by the interruption, but more so by the fact that this officer made a comment about the patient’s health without any regard to privacy. Not only did he disrupt the conversation, but his exclamation took me by complete surprise, causing me to stop mid-sentence and break my attention away from the patient. I quickly regained composure, finished my exam (with said officer peering at the patient’s condition with curious eyes) and explained the treatment plan going forward.

The evaluation ended with the other officer asking, “how long do you think he will be here,” to which I replied, “I don’t know.”

I was upset. Upset that I had to disclose confidential information in a semi-private setting. Upset that this inmate’s personal health information was now known by two individuals who were neither health care professionals aiding in his care nor family members/power of attorney. I was upset because I felt patient-physician confidentiality had been breached—not on purpose, but simply because there was no way under the given circumstances that it could not be breached.

With the guard’s reaction to the inmate’s diagnosis, I left wondering if this information would be transmitted to other prison workers, thus impacting how the patient would be treated or regarded once back at the facility.

This is not the first time I have managed the care of an inmate. In fact, during medical school I rotated within a hospital’s “prison floor” which was equipped not only with guards, but also metal detectors. This situation was, however, the first time an officer clearly engaged in the care of the patient when, frankly, he had no right to.

When inmates are in the hospital they are always accompanied by 1–2 prison officers (though there are instances where even a third individual is also at the bedside). Understandably, this is an important security measure for the protection of hospital employees. Under the 8th amendment of the United State Constitution, inmates have a right to access to adequate healthcare. This generally does not include the recognition of HIPAA (Health Insurance Portability and Accountability Act of 1996) as one essentially loses the right to privacy once incarcerated. That being said, there is an unspoken rule that diagnosis, management, and prognosis can and will be discussed in front of prison personnel. However, nowhere does it say that these individuals have a right to engage in the management of these patients, or even make it obvious that they are aware of what is going on.

A quick Pub Med search revealed to me that the issue of prisoner-physician relationship and privacy has been a hot topic for several years. A 2017 article in the AMA Journal of Ethics even questioned a surgeon’s obligations to a prisoner while in the operating room. As the United States prison population not only increases but also ages, more questions regarding privacy will arise.

Unfortunately, there is no common code of conduct regarding inpatient care of inmates. It appears that at some facilities, prisoners may request guards to leave the room when discussing care; but this is at the discretion of the officer, especially if he/she feels there may be a treat to safety. At other facilities, guards may face away from the patient during examinations or face the door.

There is no rule set in stone and thus no real way to deal with the sense of uneasiness one may feel when discussing a sensitive topic to a crowd rather than to an individual. How do I fulfill my obligations as a physician to respect privacy all the while abiding by the laws set in place regarding this special group? How do I deal with performing a physical exam where others may be watching, not at the permission of the patient? How do I decrease bias which may occur once someone’s health status becomes common knowledge?

There is no clear answer to these and several other questions regarding the care of inmates and respect for privacy. Ultimately, it may be up to the physician to review the policies of the facility they are working at and engage in a way that provides comfort for both them and the patient. A conscious effort may also need to be taken to minimize exposure (proper draping, only discussing what is important, etc).

If the goal for physicians is to always “do no harm” then we must engage in a way in which, despite what sentencing or background our patient has, we provide them with the utmost respect and confidentiality.

What steps do you think should be taken to provide privacy when taking care of an incarcerated patient?

Dr. Akua Ampadu is a hospitalist physician passionate about quality inpatient and outpatient adult care. As a survivor of work and life related burnout, she aims to provide tools necessary to live a life focused on self-care and self-advocacy. She also recognizes the importance of reading to one’s health and created Healing Words Foundation in 2016, a literacy-based charity focused on providing books to pediatric wards and outpatient clinics. She is active on social media.

Read How I Believe Plastic Surgeons Can Help with Chronic Headaches 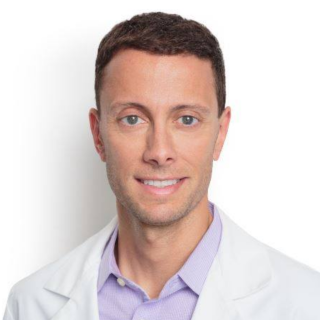 How I Believe Plastic Surgeons Can Help with Chronic Headaches

Oct 11, 2018 Link to How I Believe Plastic Surgeons Can Help with Chronic Headaches

Aug 5, 2019 Link to How to Approach a Motor Vehicle Accident When You're Off the Clock

Read 'The Harshness of the Words Remembered': A Poem for Doctor Artists

'The Harshness of the Words Remembered': A Poem for Doctor Artists

Apr 11, 2019 Link to 'The Harshness of the Words Remembered': A Poem for Doctor Artists