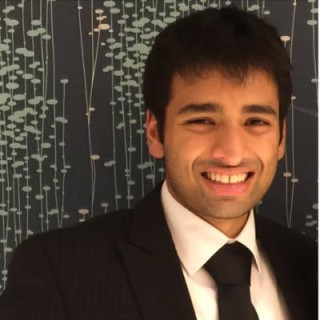 Let’s state the obvious: the US spends far more on healthcare than other developed countries. We spent about $9,800 per person in 2016, almost double what other high income nations pay (about $5,400). There seems to be endless theories of why we spend so much, including poor population health, expensive drugs, too many specialists, high malpractice costs, etc. Recently, Irene Papanicolas, Liana R. Woskie and Ashish Jha compared U.S healthcare spending to 10 other rich nations and looked at some of these theories. So what does the research say?

Healthcare spending can be high for a few reasons: high prices, high utilization/usage, or a combination of both. Some theories such as poor population health imply that the US uses more healthcare. It’s certainly true that the US has a relatively unhealthy population. We ranked 2nd worst in low birth weights and worst in obesity and health-adjusted life expectancy. Yet poor health may not have translated into actual increased healthcare usage.

The US was actually below average on a few important measures for common conditions (all-cause length of stay, hospital bed days, hospital discharges and consultations, surgeries). Overall, the US seemed to be using about the same amount of healthcare as other nations; we just might be paying more for it.

Papanicolas et al. did find that physicians are paid significantly more in the US. According to their paper, primary care physicians make almost double in the US compared to other rich nations. Despite that, total spending on physicians and clinics was only 20% of healthcare spending, according to the CMS. The late health economist Uwe Reinhardt estimated back in 2007 that when practice costs are removed, physician salaries are around 10% of healthcare spending. A study by Jackson Healthcare, a staffing company, estimated it was 8.6% in 2011, which was lower than other countries. Only Sweden spent less of their healthcare spending on physicians (8.5%). Even with Reinhardt’s higher estimate, cutting physician salaries by 30% would only reduce total spending by 3%. Prices may be high but they don’t seem to be benefitting physicians.

Patients are well aware that drugs are expensive in the US. When Epipen prices recently spiked from $100 to $600, some found that they still only cost $100 in Canada. Epipen was certainly a dramatic example of a price swing but it seems that all drug prices in the US are out of control. Papanicolas, et al. found the US spends about $1,443 per person on pharmaceuticals; that’s almost double what other high income nations pay ($749). Still, if high pharmaceutical spending was to blame, pharmaceuticals should consume a disproportionate amount of our healthcare spending. The data suggests that’s not the case. Pharmaceuticals took up 12.2% of all US healthcare dollars. That’s essentially the average for other nations (12.15%). In fact, pharmaceuticals took the largest share of spending in Canada (17.5%). The US may be spending a lot on pharmaceuticals but it’s spending just as much on everything else.

It is also unlikely that malpractice costs are inflating prices. Aaron Carroll, a physician who blogs at Incidental Economist and writes for the New York Times, pointed out that malpractice costs (including indirect costs like unnecessary tests to prevent a lawsuit) added up to $55 billion in 2009, or only 2.4% of healthcare costs.

The paper did find some evidence for higher administrative costs, which includes costs related to dealing with insurance companies, staffing, etc. It takes up 8% of all US healthcare spending, compared to 1–3% in other countries. If those costs could be reduced to 3%, that would reduce healthcare spending by about 5%. That’s a meaningful difference, but keep in mind that the US would have to cut spending by about 45% to be in line with its peers. Administrative costs are more likely a minor force pushing up prices.

The real reason for the US’s high spending is quite simple: high prices throughout the system. Drugs tend to be far more expensive in the US than overseas but so do medical services. According to Papanicolas, et al., a coronary artery bypass graft surgery can cost $75,000 compared to $15,000 in the Netherlands. The average CT scan in the US costs $896 in the US vs $97 in Canada. Of course, any radiologist will tell you they only get a small fraction of that fee. Malpractice costs are negligible and administrative costs can only partially account for that price difference. So why are the prices so high?

Uwe Reinhardt believed the force increasing prices was weak bargaining power for insurance companies. Large healthcare providers and pharmaceutical companies with popular drugs have the upper hand, as insurance companies often need these providers and drugs to be part of their network. Insurance companies bargain with hospitals and pharmaceutical companies in secret negotiations so that competitors don’t freeload off their negotiations. This gives providers the upper hand as insurance companies have no idea what others are paying. The more market power the hospital has, the higher price it can charge. Differences in market power is why knee replacements in Dallas can run anywhere from $16,000-$60,000. Hospitals have recognized this and have been rapidly consolidating into ever larger groups to improve their bargaining power.

The US has options to address this. One option is to prevent the largest mergers through anti-trust policy and keep the market from getting less competitive. Another option would be to simply have the government set prices, like other countries do. Unless something is done, healthcare costs will continue to balloon.

Kevin Mathew is a D.O candidate at Campbell University School of Osteopathic Medicine. He has a passion for healthcare reform and economics. He has no conflicts of interest to disclose.

The cost of having a knee or hip replaced varies wildly and can be up to four times more in one place than another …www.usatoday.co