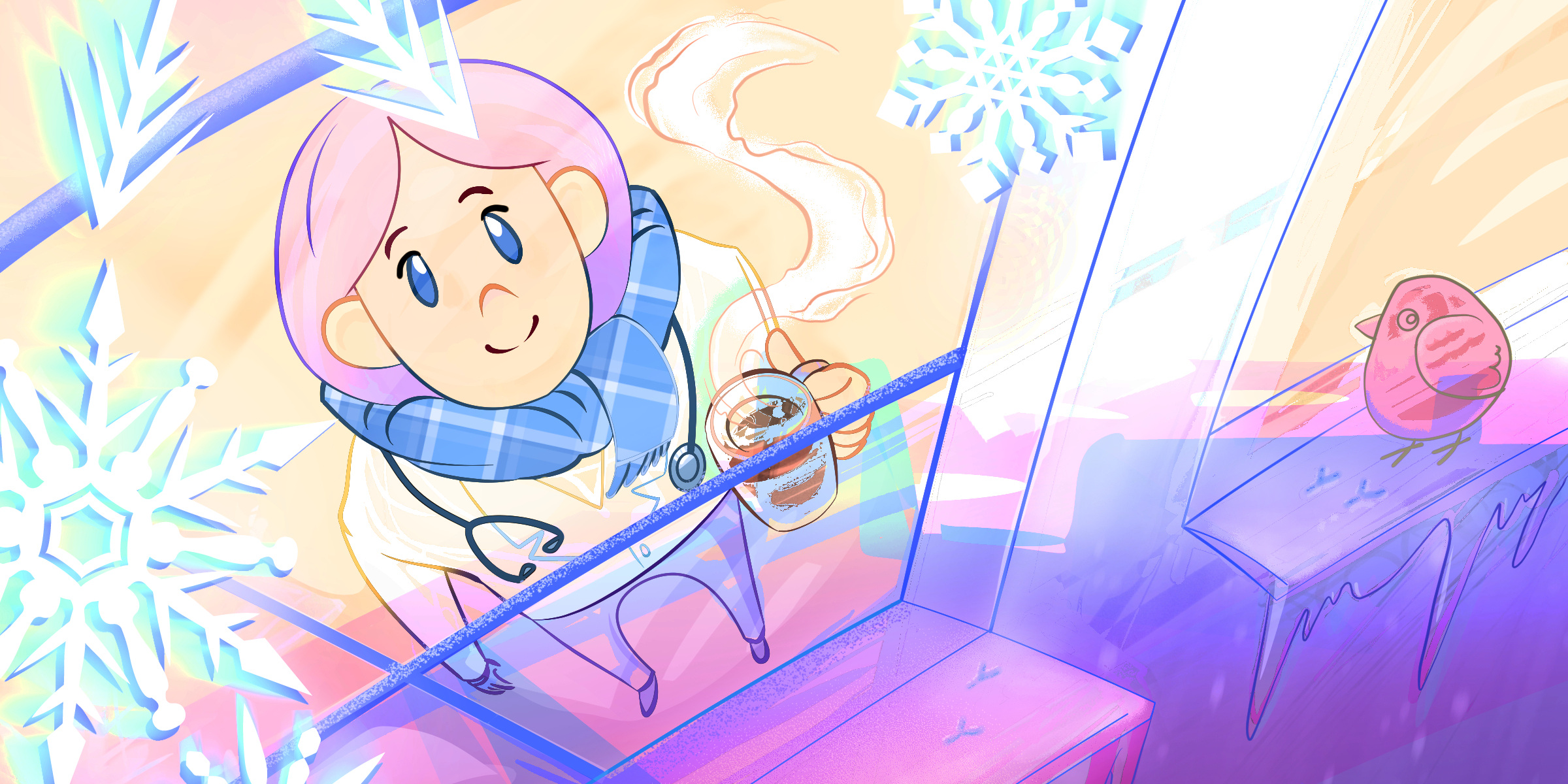 What would Charles Dickens think of health care today?

My guess is he would say, in the manner of Chief Brody, “We’re going to need more Ghosts.”

Dickens’ novella “A Christmas Carol” was published in mid-December in 1843. At the time, Christmas was not the cultural and commercial phenomenon it is today. And before you accuse me of literary pretensions, let me confess that I only became enamored of the story 120 years later, courtesy of a black-and-white Zenith television and the noted 1960s thespian Mr. Magoo. Though I’ve never been able to find Razzleberry Dressing, I have read the story faithfully for many years ever since.

Dickens set his tale at Christmas, but it’s really not about Christmas or even about religion. It could be about the practice of medicine in the modern world. Is there a better distillation of what we do than the spectral Jacob Marley’s rebuke when Ebenezer Scrooge compliments him on his business acumen?

“Mankind was my business!” Marley’s apparition thunders, rattling his ponderous chain for effect.

And indeed so it remains. Mankind, in all its disease, dysfunction, derangement, and desperation is still what the Health Care Accountants who’ve infiltrated our world would refer to as our Core Business. What do we do every day if not strive to protect and preserve the “surplus population?” We do our best in the face of both poverty and want, not to mention indifference, to forestall the doom the Ghost of Christmas Past warns Scrooge about.

Many of us have or will be working all or some part of this holiday. For a lot of newly minted physicians, this will be their first one on duty or taking call. They will be confronted by hospitalized children looking worriedly around for a fireplace with a chimney; adults who will be seeing their last holiday in unfamiliar surroundings and in the company of mostly strangers; there will be patients in comas, induced or otherwise, existing in a deep and dreamless sleep while the silent stars go by.

But they won’t be alone. We will be there with them and for them – at the bedside, in the hallways, at the doors of the ED, trying to make some kind of merry while random but very personal miseries surround us.

Once, in what might be described as a rather blunt conversation, I suggested to a non-physician hospital CEO that he should have made an appearance on Christmas Day, if only for an hour or so, to visit the floors and the units and thank the hundreds of people who were spending their holiday away from their loved ones doing the institution’s work, fulfilling its mission and generating its not-for-profits.

“Are you really suggesting that I can’t take a day off?” he replied incredulously, looking at me as if I might well have been a bit of bad beef or perhaps an underdone potato. It was clearly not what I meant but, in my experience, the hospital C-Suite over a wide swath of the Christmas holiday is as dark and cold and as locked and bolted as Scrooge’s London flat. This occurs despite the fact that over a recent 35 year period the number of hospital administrators has increased more than twenty times the number of practicing physicians. Even if the dead-these-seven-years Jacob Marley possessed a key card he’d be hard pressed to find anyone to haunt.

Dickens brought about a cultural sea-change through the pages of a story. He managed to introduce a day of pause in the black, belching machinery of the Industrial Revolution to focus attention on the needy, the downtrodden, and the forgotten. And he did it with nothing more than pen and ink.

I’ve been involved informally as a clinical teacher and formally as a Director of Medical Education for three decades. I’ve taught medical students and house officers who were fellow Boomers and who later came from GenX and more recently from the oft and unfairly maligned wave of Millennials. They haven’t changed all that much. They’re bright, they’re dedicated, and they genuinely want to make a better, safer, healthier world.

What’s different, I fear, is where they’re coming from. And I don’t mean geographically.

They’re a more pragmatic group than I or my contemporaries ever were. Being physicians is what they do, not who they are. As a rule, they don’t believe that he or she who takes the most call or spends the most hours at the hospital wins. The ward or the clinic is their workplace, not their refuge or their sanctuary. I suspect they are going to be happier, healthier, and live longer because of this.

But pragmatism comes at a price.

More and more often I encounter medical students and post-graduate physicians whose higher educational exposure to what we might gauzily call the Humanities is scant to non-existent. In an effort to accelerate their education, I find that many students “place out” of courses using online courses or AP tests. This streamlining allows them to complete their undergraduate studies, if they wish, without meaningful — or sometimes any — exposure to art, classic literature, theology, philosophy, or even history. The requirements to enter medical school include a college degree, but say nothing about a college education. And, I believe, we are lesser for the trade-off.

The MCATs have evolved into a grueling academic mash-up of the Modern Decathlon and the Olympic Marathon. For those who gain acceptance they are followed in short order by non-stop and borderline-obsessive test preparation for National Board examinations. Without the leavening power of the humanities these physicians of tomorrow can complete their medical studies stuffed full of regurgitate-able facts but bereft of cultural context.

I understand the fiscal calculations. AP courses are cheaper than college courses. If you can get your undergrad degree in three years instead of four, you’re that much further ahead on the debenture side of things. But I have serious doubts in this instance that less is ever going to translate into more.

Some institutions of medical learning seem to have grasped this and are trying to make the humanities a real and vibrant part of their integrated curriculum. Others offer short seminars or electives but at least they’re trying. Many don’t address the issue at all.

But, you ask, do we really need physicians who can quote Shakespeare or name a work by Dickens? Who know that Mary Shelley’s Frankenstein was the Doctor and not the Creature? Who are moved by Michelangelo’s Pietà or entertained by Mark Twain or Jane Austen? Is there a benefit in being delighted by the brilliance of James Baldwin or being awoken by Jesmyn Ward or Claudia Rankine? Will it help at the bedside of a real patient to have read “The English Patient”? And is there any point in being able to write a literate Progress Note if a computer-generated one will suffice?

I think the answer is yes.

An exposure to and an appreciation of the humanities reminds us what is human in those we care for and, just as importantly, what is human in ourselves. It is the recognition of that interconnection which makes us doctors, not just algorithm analysts and procedural performance artists. Call it empathy, call it compassion, call it whatever you want – it’s real, it’s important, and it’s being lost.

We seem to be inching slowly but surely away from the human component in medical care. Virtual visits, EHRs, robots, online consultations, and computerized decision trees are all realities. We are wary of AI yet we find ever more ways to make our own human intelligence increasingly artificial.

I understand the nature of progress. But it would be pleasant to remember upon Christmas Day and every other day that at the tip of each catheter, at the end of every robotic arm, and at the conclusion of every treatment algorithm is a person who is almost exactly like each of us.

So, what would Dickens think today?

Would he see a cadre of corporate Scrooge’s carefully counting up the coinage while an army of Bob Cratchit’s struggles to take care of the world’s Tiny Tim’s?

If you’re working during the holiday, take a minute to look around; see all the silent gifts that are being wordlessly exchanged. Our chosen profession is in itself a gift – one that constantly demands but also returns the giving. Then, if you have a moment between patients, take a stroll to the hospital equivalent of the Victorian Counting House (don’t forget your key card!) and see if you agree.