Halloween Should Include a Conversation About Toy Guns 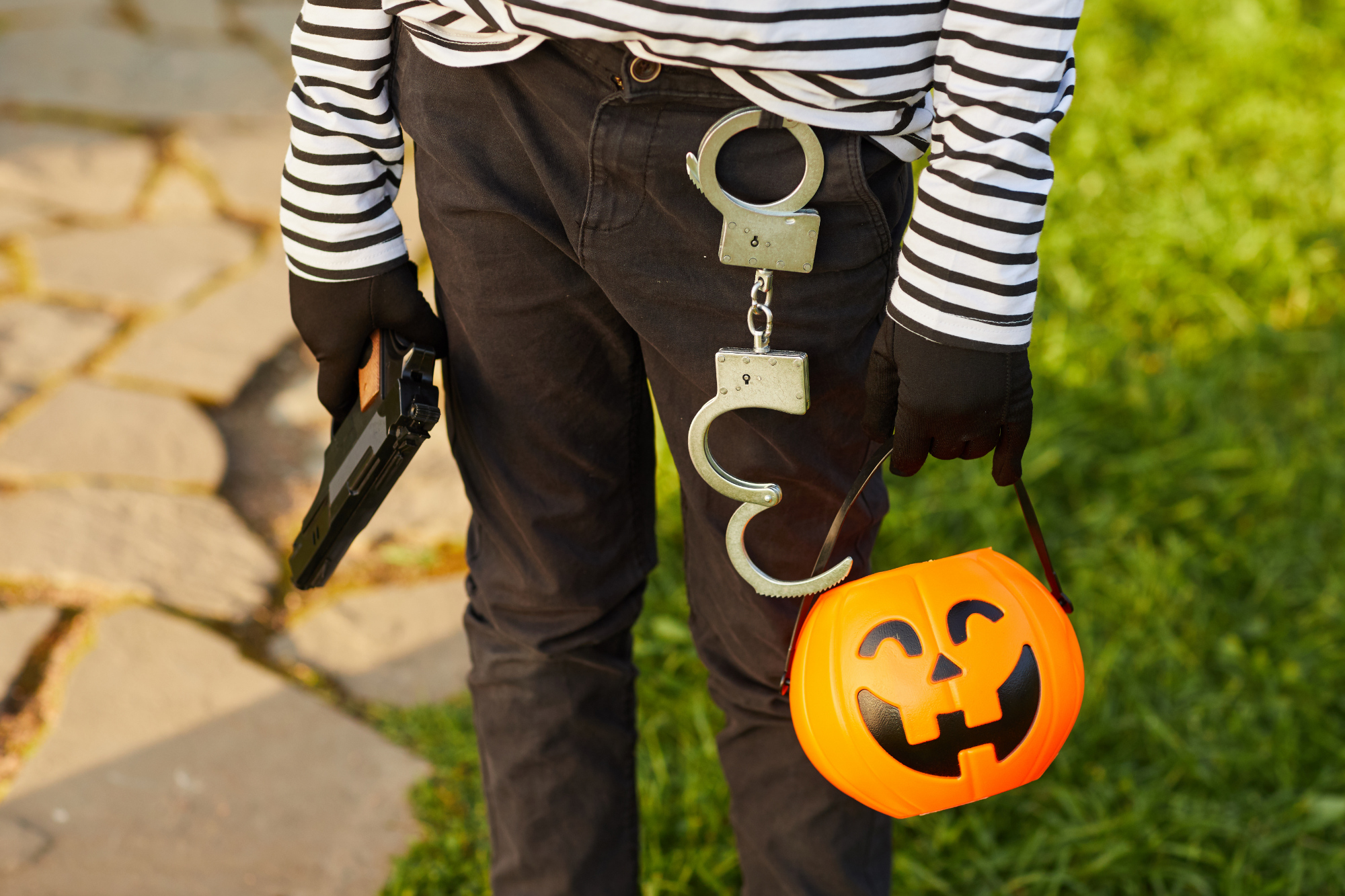 Halloween, a holiday with a rich tradition of fun and spook enjoyed by millions of children and adults. However, last Halloween I opened the door to a shocking display of thoughtlessness and what may only be described as utter insanity. What appeared to be an adolescent dressed in a completely black robe with a facemask obscuring his every feature stood before me. The trick-or-treater stuck a black pistol in my face, pulled the trigger, and yelled "BANG!"

I stood there in shock. His parents waved to me from the curb with a blissfully ignorant smile of approval.

Given that as of 2018, 43% of households in the United States reported owning a firearm, the dangers of having children and adolescents arriving on doorsteps with what can easily be conceived as a threat is of obvious consequence. Shortly after this Halloween incident, I took to the neighborhood app Nextdoor to inform adjacent communities. While many respondents were shocked to learn of this parental display of callous behavior, incredibly, others reported similar scenes at their doorsteps. While it would seem obvious that approaching a home whilst masked, brandishing a weapon — albeit fake and with intention to get a laugh — appears to be unwise, it actually results in a host of potentially catastrophic consequences.

The level of gun-related violence in the United States is nothing short of astounding. In 2017 alone, FBI crime statistics reported nearly 11,000 murders and 200,000 aggravated assaults associated with firearms. However, the purpose of this piece is not to discuss the legalities or even conjure up discussion of firearms in America. Rather, the aim is to draw attention to a lesser discussed but critical issue of realistic looking but fake weapons endangering our society, specifically our children.

According to the Washington Post, in the two years from 2015-2016, 86 people were killed by police during incidents involving realistic looking imitation firearms. Sadly, many of these deaths involved children playing with high fidelity toys, decisions that proved fatal.

In 2016 alone, the CDC recorded more than 16,000 nonfatal BB and pellet gun-related injuries and more 116,000 non-fatal firearm-related injuries in children. While a potential link between toy gun play and aggressive behavior has been suggested, we reiterate that the intention of this piece is not to impose anti-gun rhetoric, but rather to incite attention to a nationally growing epidemic: inappropriate and dangerous "play." A number of these toy gun models have been designed with such realistic appearance, they have been used by law enforcement for simulation and training. The unfortunate consequence of such realism is that it can be impossible for trained law enforcement — and certainly, the average civilian — to distinguish threat from toy, especially during a precarious situation.

The role of the physician in educating children and parents on gun safety and violence has long been established. Appropriately, mainstream and social media have devoted a great deal of discussion to the appropriateness of children’s costumes to avoid offensive and culturally insensitive themes. However, it seems we have missed the discussion based on the recommendations of many local law enforcement departments on realistic toy weapons. The question is, how can medical providers serve to educate on this matter? It is now routine, if not required, for providers to address a number of social questions (bullying, safety in the home, depression, smoking, safe sex, gun safety, and others) during patient encounters. In addition to Dr. Furman’s editorial calling for providers to utilize every encounter to screen and educate on gun violence, this may also be expanded to include education for patients and their families on the implicit and explicit dangers of playing with and brandishing "toy" guns. Ultimately, legislation against the manufacturing of such realistic appearing toys weapons would be optimal. However, until such time is recognized, it is time to urge parents to remove toy weapons and violence from Halloween and keep the tradition of this holiday one that fun and safe.

Adam Adler is an anesthesiologist in Houston, Texas.

Arvind Chandrakantan, MD, MBA, FAAP is a practicing pediatric anesthesiologist in Houston, TX at Texas Children’s Hospital and Baylor College of Medicine. The views expected herein are his personal opinions and do not reflect any entities, professional and public societies, or the viewpoints of his employers. He was a 2018-2019 Doximity Author.