Growth In and Out of the Hospital: Exploring Urban Gardening in Health Care 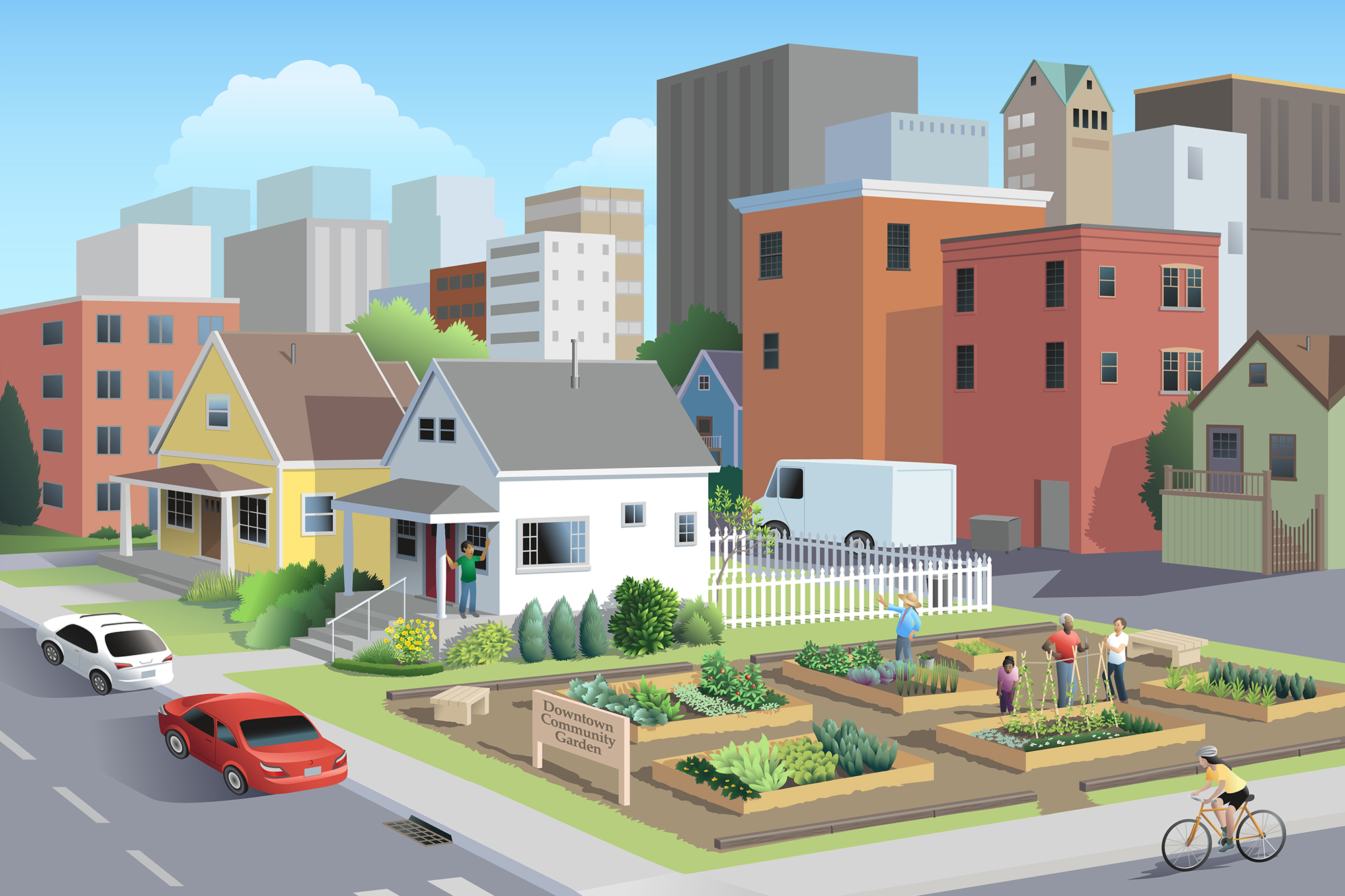 In an era of less people working in agriculture within the United States and more cities filled with bustling people and infrastructure, fresh produce grown directly from the earth is not always easy to come by. Although farming is becoming less common, there are new ways of filling this niche. What is done with open plots in large cities can be crucial to cultivating communities around health and wellness. Urban farming is one method of doing this, and cities like Washington, D.C., San Francisco, and Detroit have jumped on the opportunity.

Utilizing agrictulture in health care facilities — it’s a concept that some hospitals have already taken on, like St. Luke’s Hospital.  The hospital uses produce grown on their 500-acre farm in Bethlehem, Pennsylvania. This food is then utilized as comfort for new mothers, cafeteria meals, and sold at farmer’s markets. Through their actions, St. Luke’s has become part of a farm-to-hospital movement, but what is this so-called urban farming?

Through the process of growing food in urban cities, urban farming does more than provide locally grown produce. It also gives opportunity through health consciousness, employment, environmental awareness, and education. An organization called Urban Farming hosts workshops and classes on healthy eating and living, focusing on environmental determinants of health that can be changed with urban farming, like mental health, food deserts, and poverty. The organization even hosts yoga and dance instructors, nutritionists, and fitness trainers to teach classes within the gardens.

Already-existing urban farming communities are templates for resourcefully using land and space in an attempt to tackle and reduce the risk of conditions, such as obesity, diabetes, and cardiovascular, or heart, disease. From a public health perspective, there is a lot to learn. The interconnection between health and the environment is more important than ever.

We all hear about “wellness” from time to time, but St. Joseph Mercy Ann Arbor Hospital in Ypsilanti, Michigan took improving the culture of wellness to heart. The hospital has grown produce, like spinach, garlic, basil, collard greens, and strawberries, since 2010. While the farm cannot realistically grow enough to feed an entire staff and their patients, the hospital can make a statement through their actions.

The produce and applicable lessons learned through urban farming serve a special purpose in communities without easily accessible fresh produce — where the lack of access to nutritional foods in low-income communities is compounded by rising prices. A 2009 U.S. Department of Agriculture report showed approximately 23.5 million Americans were residents of low-income areas more than a mile from a supermarket.

When minority communities do have access to grocery stores, the produce sold there is more expensive with less variation in what is offered, according to the Racial Justice Project. The benefits of urban farming include more affordable options than expensive supermarkets, job opportunities, and common health-conscious goals for a community to work towards.

While it’s an ambitious task that could truly impact a community or one’s own life, there are limitations to keep in mind. Urban farming tends to take place in more populated areas where zoning can dictate the practice of farming. There are potential restrictions on what is allowed, like whether animals, such as livestock, can be a part of the process.

Changing the mindset of a community through food appreciation is a start when it comes to lifestyle modification. Instead of going to a fried food chain, organic vegetables and fruits or baked meats may be the first instinct instead. Cooking with produce grown in an urban farm is simplified by knowing what plants are potential cooking staples. Minimizing effort is key. For instance, tomatoes tend to thrive in a wide variety of climates but require conditions like sun, moist soil, and stakes to support their vines. They can then be used for many dishes, from salads and sandwiches to sauces.

Most importantly, urban farming is an outlet that leads to education and growth both for our patients and ourselves. By bonding over a common goal, there is a sense of preserving culture through the attempt to eliminate health disparities.

﻿﻿Denise Powell is a resident in UCSF's pediatric residency and an eighth-generation Mississippian. Denise is a Doximity 2019-2020 Fellow.