Good Catch or Near Miss? A Near-Fatal Day in the ED 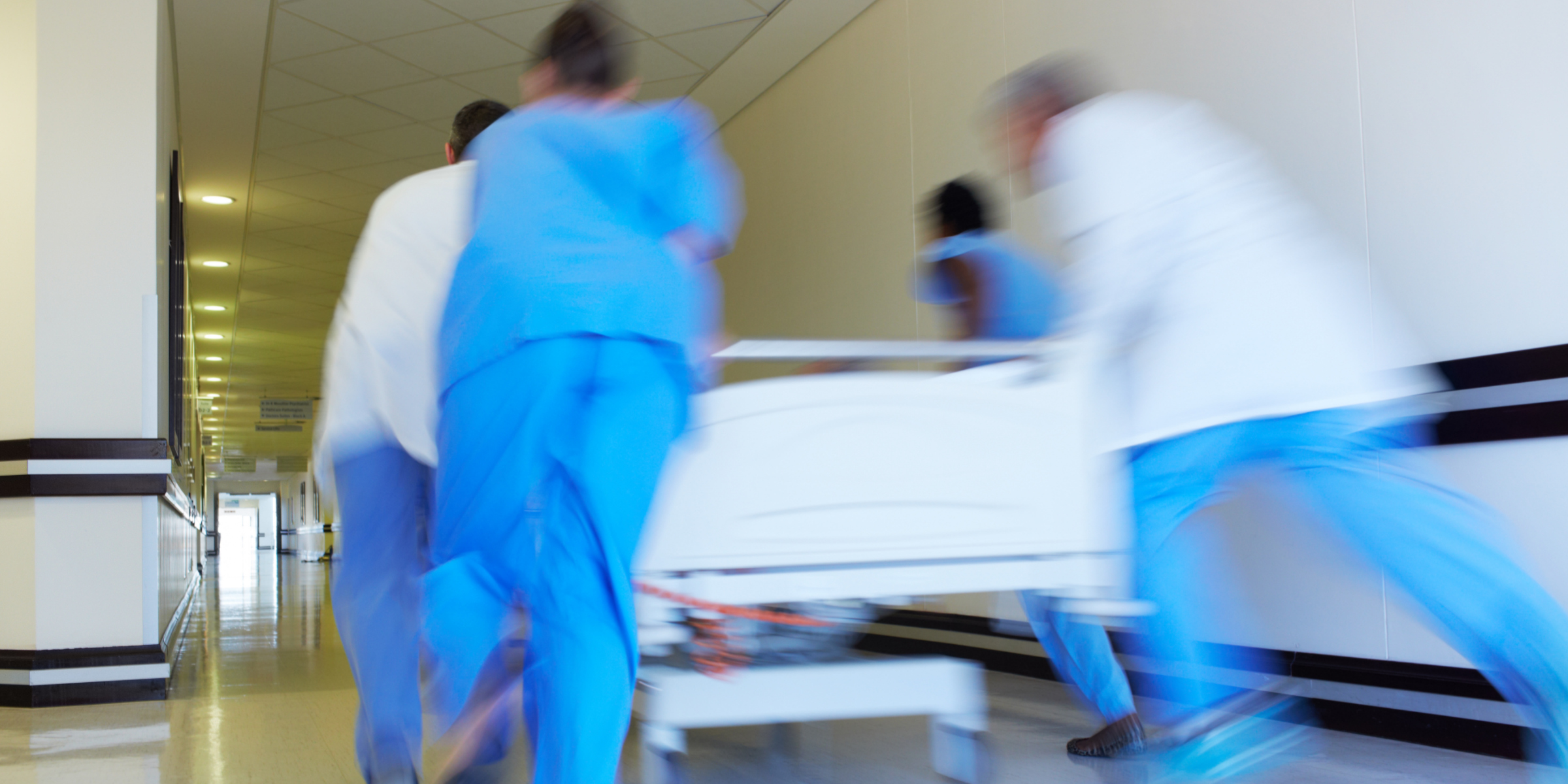 ﻿﻿﻿﻿﻿It is tough being a nurse practitioner these days, especially a good one. The climate between NPs and physicians is increasingly divisive, and almost daily I read a new article about this turf war, and how we might be a “disruptive innovation.”

By nature, I am someone who is able to see and understand many sides to a discussion, so I can certainly understand the point of view of many physicians. But, I can also see the underserved people in our communities who are struggling to be seen. This is a story for a different day.

Today is a day to celebrate true professional teamwork.

I want to tell you about the one patient whom I’ll never forget, and who made me see my purpose and value during a time when I wondered if I was even making a difference.

It was a busy Friday night in my Level 1 trauma center emergency department, and I wasn’t originally scheduled to be working. In fact, I had picked up the shift last minute, after a desperate email from my manager noting that there was no provider in triage scheduled that day.

The provider in triage model is slowly being adopted by many emergency departments. It mainly serves as a way to decrease the door-to-provider time (a measured metric) and also helps get orders started for patients who are not going straight back to an ER room.

At my facility, this triage role was covered by two advanced practice providers (APPs) for 16 hours on a fully staffed day.

My shift began at 4 p.m., and since there had been no one in triage up until then, I hurried to quickly lay eyes on those who had been waiting for a while. I called them up based on their chief complaints on the board and made a 30 second assessment. Sick or not sick?

I gave the head triage nurse my priority list and hit submit on my orders as more patients came in the front door.

The line out the door was interrupted by an EMS crew rolling a 30-something female up to the desk. The EMT handed me her red folder and gave me his report with an eye roll: “Chest pain. Anxious appearing.” She had been triaged by the EMS triage nurse, who had written a similar note in her electronic chart.

I thanked him and approached her to do my own assessment. At first glance? Overweight but generally well appearing reproductive-aged female. Concern in her eyes. Breathing a bit heavily but not in respiratory distress. Not sick.

She told me that her chest pain started suddenly while at work. Never had it before. History of refractory hypertension, depression, and anxiety.

I looked and listened. I interpreted her vitals, which were as expected given her known history. I told her that we would start a cardiac work-up, send her for a chest X-ray, and work hard to get her to a bed as soon as possible.

She thanked me, and mentioned, “oh, and this weird thing happened in the ambulance. I had some tingling in my right leg and now it feels really numb.”

I looked at her and held her gaze as my gut suddenly stopped me from continuing on to the next step of my triage routine.

Sick or not sick?

I pulled up her pant legs, removed her shoes, and examined her lower legs as I quickly went through the differential diagnoses in my brain.

No swelling or warmth. Not a clot. Not a pulmonary embolism. This is worse. Sick.

As a line formed out the door and the triage nurse wondered why I was taking so long, I ran to the back to the attending on the side of the ED closest to the triage area.

Dr. Brown. (One of my favorites.) Thank God.

I gave him a quick report and watched his face as his instinct kicked in, too.

I didn’t even have to tell him my suspected diagnosis. He was already moving.

“Okay Amanda, I’ll call CT and have them clear the scanner and then I’ll call the charge nurse for a bed in the trauma bay. You call the trauma bay resident and wheel her back. Meet you there.”

You may or may not have guessed, but my patient (was she actually “mine”? We had spent a mere two minutes together…) had a Type A aortic dissection. Because of our quick recognition, she was taken to surgery within an hour of arrival, rather than decompensating in our waiting room.

If you’ve ever worked in emergency medicine, you know that these “worst case scenario” patients are rare. It is our job to sift through the patients and always assume and exclude the life threatening diagnoses.

Once I got through the rest of my shift that night, I couldn’t help but replay the scenario over in my head. What if I had not picked up that shift? What if I had put her in the box of “anxious female” like the triage nurse and EMT had? What if I had not been comfortable to approach my attending? Or, what if she had blown off her own symptoms and never presented?

A lot of things could have gone wrong, but they didn’t. Dr. Brown could have been one of the other physicians I worked with — one who was less enthusiastic about APPs and did not support my concerns. The patient could have disregarded her own symptoms, though most reasonable patients self-triage themselves, which is something we as providers can forget.

So, was this a good catch? Or was it a near miss?

Ultimately, too many things could have gone wrong for me to feel this was anything but a near miss. And I reported it as such in our event reporting system. Interestingly, I ended up being presented the annual “Good Catch Award” by my hospital. I had mixed feelings about that.

Medicine is not what I thought it would be when I decided to pursue this path. The business of health care is trickling down into our clinical practice and professional relationships. I hope this case can serve as a reminder that interprofessional teamwork and support is as important now than ever.