Going Out on Your Own as a Pediatrician Is Very Doable 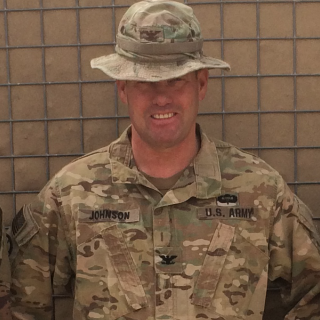 I was terrified of opening my own practice during most of my professional career, which was centered around inpatient Pediatrics. I always felt there needed to be a clinic that would cater to the pediatric Medicaid population in Northern Ohio where there is a paucity of pediatricians, especially pediatricians who will accept Medicaid HMO insurance.

Things changed when I returned from my third deployment in the Middle East with an infantry battalion. The national medical group I worked for thanked me for my service by holding my bonus and “forgetting” to pay me for extra 24/7 shifts I had worked to ensure our service was covered. If you have not been deployed before and work as a hospitalist, what happens is that you do a bunch of extra calls before you leave to give your partners a break and a bunch of extra calls when you get back to make up for the call you missed while deployed. It is what it is and, like I said, this was my third deployment — I was used to doing the extra call.

I was not used to not being paid and I started to think the administrative VP really needed to be concussed (an injury secondary to a hyper-kinetic fist). Since I don’t want to spend time in jail, I decided to strike out on my own with a nurse practitioner who I personally trained at the hospital, a new licensed practical nurse who we stole from the pediatric inpatient service, and an orderly whose mom taught medical billing and coding. We decided to make house calls (why did medicine stop that?) and lease an office to care for children requiring IV fluids, nebulization treatments, and other parenteral medications.

When it comes down to it, you don’t need that much to open a pediatric office. I leased the first floor of a hundred-year-old building. I had purchased all of the office furniture at Ikea, exam tables off of Amazon, and medical supplies and medications with an account we set up at McKesson. We bought a new Jeep for the house calls (Northern Ohio winters necessitate four-wheel-drive), got a very reasonable malpractice insurance policy, and got licenses to stock prescription medications, a CLIA waiver, and signed up for the Vaccines For Children program.

Our monthly expenses are between $2,000 to 3,000, which includes gas, utilities, EMR, and our billing company, malpractice insurance, business insurance, and medical supplies. To pay all of our salaries, we need to see 120 patients per week (since our average reimbursement is $75 per visit). Currently, we are seeing about 150 kids per week and the practice grows every month by about forty new patients.

The best part? No boss. No administrators. No VPs, Senior VPs CFOs or CEOs. No mandatory computer training. No dress code (with the exception of Cleveland Indian t-shirts that are required during the baseball season). No mandatory ethics training or seminars on our strategic vision. No mission statements or memorizing stupid company slogans like 'taking care of the patient is real important to us because we care so much about sick people'. (Why do you actually have to formally state that?) No more conference calls that go on for hours that are unbearable even with a full decanter of wine. And the best best part is I can medically manage the children without interference from the aforementioned “people who make the practice of medicine painful” and send them to the subspecialists I would send my kids to. I’ve never been happier and wish I would have done this years ago.

Robert Johnson, DO is a board-certified Pediatrician who was previously a colonel in the United States Army. He reports no conflicts of interest.

Read A Pediatrician Rededicates Herself to Empathetic Care

A Pediatrician Rededicates Herself to Empathetic Care

Sep 7, 2017 Link to A Pediatrician Rededicates Herself to Empathetic Care

Changing Myself for Changing Circumstances

Aug 3, 2020 Link to Changing Myself for Changing Circumstances

Advances in COVID-19 and Hepatology