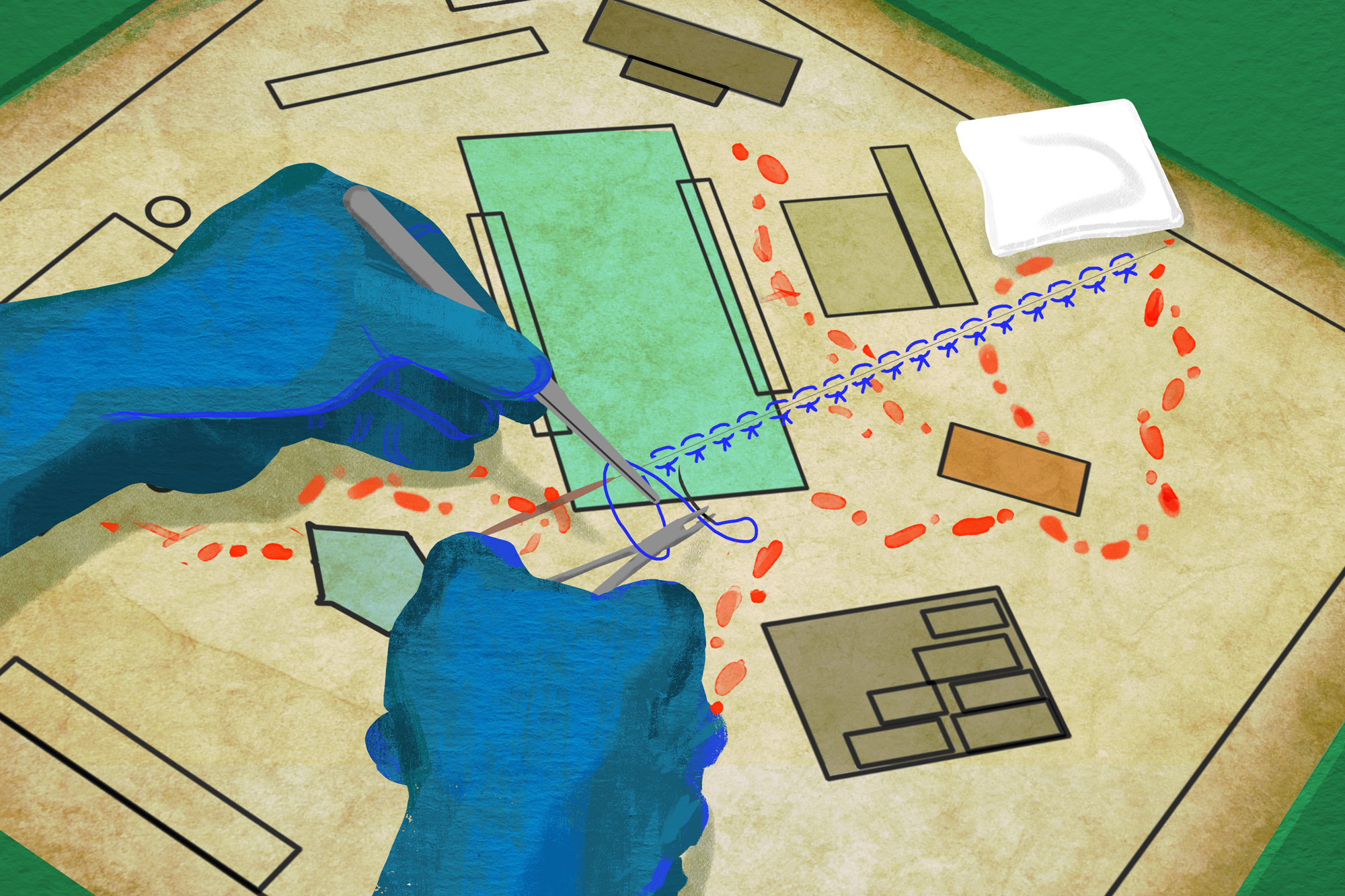 When I was in Cairo during the summer between my first and second years of medical school, I worked at one of the top teaching hospitals in Egypt. Specifically, it was a government hospital that offered free care to Egyptian citizens. I soon learned that the hospital catered mostly to patients of lower socioeconomic status (most Egyptian citizens live in poverty), who could not afford care and depended on government resources. In my hospital, the emergency room was divided into two separate divisions: Surgery and Internal Medicine. I was assigned to work with the Plastic Surgery residents in the surgical emergency room.

Although the hospital was considered one of the top teaching hospitals in the country, it was not necessarily the best in terms of care. While the physicians were dedicated to their patients, and represented the best trainees and trainers in their respective fields, the conditions were not ideal. The environment was not sterile, wait times were excessively long, supplies were low, and patient interactions were not up to the standards I had become accustomed to in the United States. It was not unusual, for example, for fights to break out in the waiting area (i.e., the hallway) among patients, or between patients and physicians. Patients were understandably frustrated by the time it took to receive care (anywhere between hours and days) and the lack of information they received from the hospital’s overworked practitioners. As a result, many of the patients we treated in the surgical emergency room were individuals who had acquired their injuries while waiting for care themselves, or waiting on a family member to be treated.

In the surgical emergency room, I learned to suture. I spent most of my days suturing patients with less severe injuries. In several instances, we performed procedures in the surgical emergency room that should have been performed in the OR. I remember being surprised by one case in particular, where a torn flexor tendon in a patient’s hand was reattached in a non-sterile environment in what is considered a renowned teaching hospital. A lack of resources and limited space often made the emergency room the only option.

I quickly realized that part of the reason my hospital was considered a top teaching hospital was because of the exposure it was giving to its residents and students. Because the patients are socioeconomically disadvantaged, they are both grateful for the free care and not health literate (or even literate) enough to recognize the student’s lack of experience. Further, the cases tend to be more unusual, thereby giving students and residents opportunities to learn about rare conditions.

In some ways, this ethical issues I encountered in Egypt felt familiar. While the situation in Cairo was certainly more extreme, it did bring to mind the care we offer in American hospitals. I was reminded of an article published in JAMA, “A Silent Curriculum,” wherein a medical student described her experience observing physicians’ implicit bias toward patients of color, patients of lower socioeconomic status, and so forth. Personally, I felt that her experience echoed what I observed in Egypt: novices practicing on patients who have little room to protest because their financial limitations and medical needs silence their voices.

As I look ahead to starting residency this summer, I’ve been thinking back on my summer experience and how it shaped my understanding of medicine. In the same way that I was able to provide care at the teaching hospital in Egypt, my residency will be both medical training and a service to those underserved in our communities. I am grateful for these patients and for all that they have given, and will give, me; without them I would not be where I am today.

Mariam Gomaa is a 2018-2019 Doximity Author and the author of “Between the Shadow & the Soul” from Backbone Press. Her work has appeared in the New York Times, TIME, NBC, BBC, xoJane, Readings for Diversity and Social Justice, and more. She is an alumna of Wake Forest University School of Medicine and Northwestern University. This summer she will start her Ob/Gyn residency at Howard University Hospital.