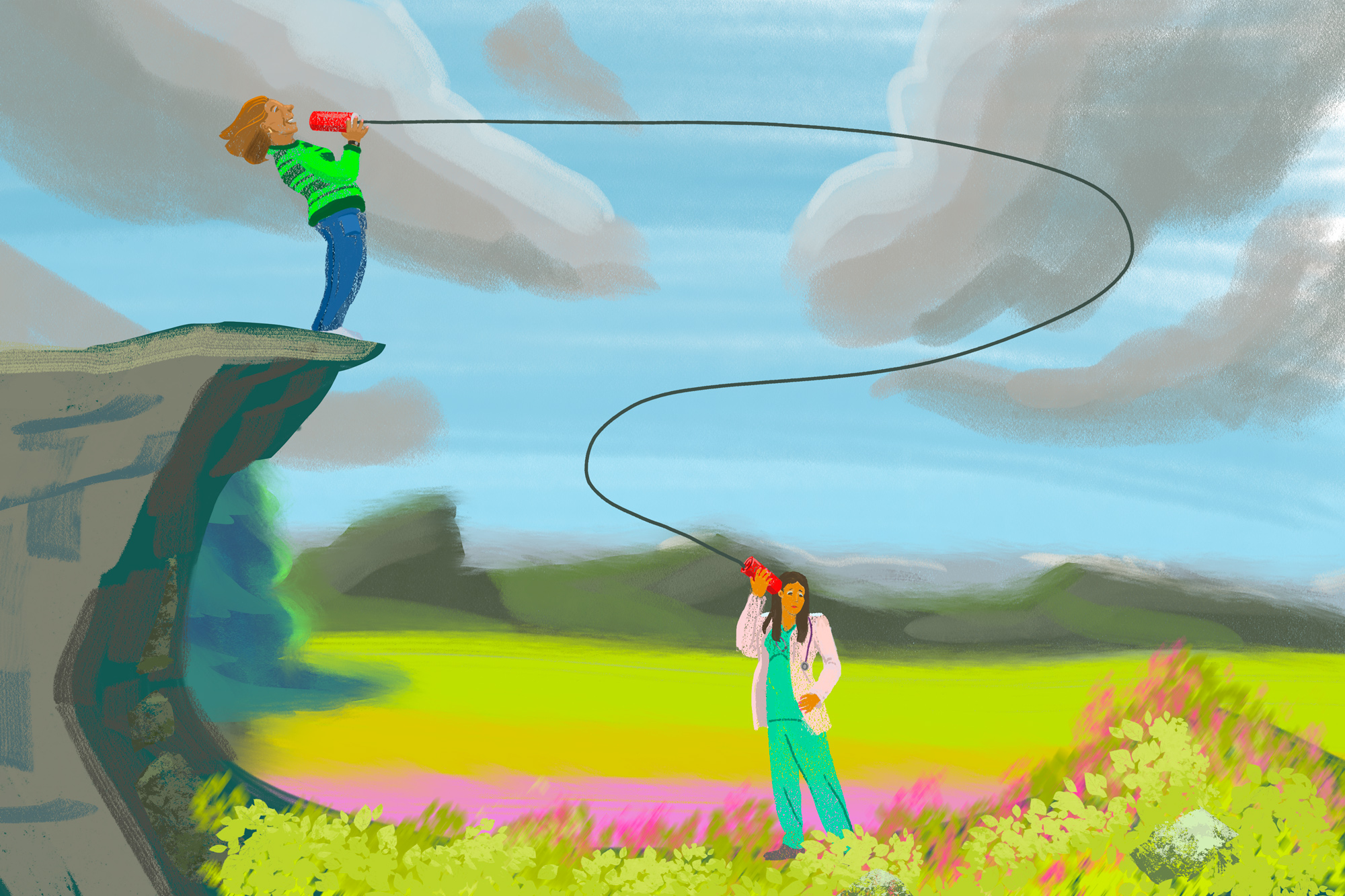 I was handed the intake form listing her medical record number and vital signs without a second glance from the resident who usually saw Sra. B. With three more patients waiting and already 15 minutes past the theoretical (aspirational) end time for outpatient medical services, she was strapped and stressed. As the only Spanish-speaker on the service and a medical student ready to be plugged in wherever I could be most helpful, I had been reallocated to move things along. When I turned to leave, the resident called after me, with an eye roll, “Good luck… She’s a total hypochondriac and wanted an entirely unnecessary eyelid lift last time she was here.”

After quickly reviewing the note from her last appointment, I brought Sra. B in and began to ask about her health. She came to clinic for the results of a fasting lipid panel that confirmed the hypercholesterolemia found on her routine blood work. Already slightly folded into her lap, when I delivered the news she sunk further into her chair and asked what the next steps were. I rolled back from my keyboard and asked her understanding of the risks of high cholesterol.

“Right, it can make it difficult for your blood to move around your body,” I replied, nodding, “and there are ways that you can lower it with lifestyle, as well as medications. Would you tell me a little bit about yourself and your daily routine so we can brainstorm together some opportunities to help keep you healthy for your son?”

Instead of answering my question she asked where I was from. Taken aback, I answered, “Chicago,” with a smile. She looked at me sideways, not quite believing it, and said that this was her first time since moving to the U.S. three years ago in which her medical provider was fluent in Spanish, and how much she appreciated knowing that she was being heard, understood, and cared for. We spent a minute discussing the places that I’ve lived in Latin America (and what a nightmare it had been trying to get treatment for conjunctivitis was when I was in Panama, due to language barriers). Even though I had not been to her home country of Ecuador, with that smallest bit of common ground, I could feel a wall fall as she invited pieces of her life that mattered more to her than her blood test results into our exam room. With that, she offered a much richer understanding of the recent rise in her cholesterol level and shaped the plan we created together to reduce it.

Sra. B emigrated because she was unable to earn a livable wage working as an accountant (her career by training) in Ecuador. Ever since, she had been profoundly lonely working as a live-in nanny in a wealthy, mostly white suburb, while her husband and two children remained in Ecuador. She knew only one woman in her current town who spoke Spanish, and the combination of her long work hours and intolerance to winter weather restricted her from socializing in any capacity, let alone getting out and exercising. With few opportunities for connection, she tried to find solace for her situation in desserts. She additionally expressed a perpetual state of anxiety about being inaccessible if her children needed her. “I’m constantly too exhausted to leave my bed, but I can’t sleep,” she described, eyes welling up, “and when it gets particularly paralyzing, my right eyelid twitches repeatedly like this—" and she mimed the skin above her eyelid moving up, "Is that something that I should be worried about?"

I suddenly flashed to the resident’s scornful comment and the note from the previous appointment. “You certainly have a lot to be worrying about right now, on top of being so far from all of your support systems. I can’t imagine how difficult that would be. Pardon, but did you mention the eyelid twitching during your last visit?”

With a smile and dismissive hand flick she affirmed, “Yes, it’s been happening for over two years, but, like I said, I do really think it’s the anxiety and not an illness or anything. But you asked if there was anything else, so I wanted to mention it!”

I took a beat and inhaled, exhaled deeply, collecting my bubbling emotions, before asking, “Sra. B, have you ever wanted plastic surgery?”

She burst out laughing, “Why would I?” I added a line to my note, explaining that there had been a misunderstanding via the phone interpreter at her previous appointment and to ask about her anxiety and insomnia at the next visit.

Health care often feels like a foreign language, even when delivered in one’s native tongue. This was the first time I saw the way that what gets lost in translation impacts not only the medical care that a patient receives, but also the way she is perceived by her medical team. Whether or not we share a language, I will strive to remain cognizant with every patient I treat during my career that I am never receiving the whole story. More so, that it is my responsibility to build as much mutual understanding as possible.

Laura G. Goetz is a third-year medical student at Columbia University, College of Physicians and Surgeons interested in psychiatry, women's and LGBTQ mental health, sustainable and locally-rooted global health, and physician advocacy. She has a broad research background and earned an MS in Molecular Biophysics and Biochemistry and a BS in Molecular Biophysics and Biochemistry and Women's, Gender, and Sexuality Studies from Yale University, focusing on biologically- and socially-determined aspects of gender-based health disparities, in the U.S. and abroad.