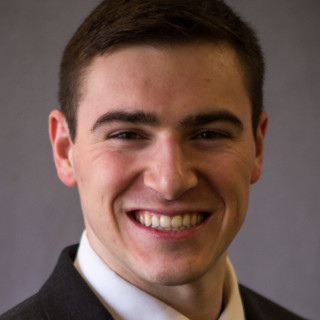 Anyone can fall through the Match.

I sat in a random room at the VA awaiting the dispersal of my temporary badge for an upcoming rotation. A call from my Office of Student Affairs will remain forever ingrained in my memory. “Have you checked your email yet?” I thought to myself,“This can’t be good." It wasn’t.

Sharing this story was hard at first, almost embarrassing, but going unmatched can happen to anyone, and if I can help one future applicant avoid going through the Supplemental Offer and Acceptance Program (SOAP) process, I will consider my experience a success.

My decision to pursue Cardiac Surgery was made over the course of several months during my third year of medical school. If what interests you is becoming a master of anatomy, managing critically-ill patients based upon cardiovascular physiology in a specialty that is intellectually demanding and technique-driven, I’d consider Cardiac Surgery.

For the past 93 years, cardiothoracic surgeons have been trained in fellowships following five years of General Surgery residency. However, in 2007, a new training pathway emerged that allowed for a 6-year clinical residency that integrated both General Surgery with Cardiothoracic Surgery. Like its other integrated surgical training programs such as Plastic Surgery and Vascular Surgery, it was and remains highly competitive. With only 35 positions at 25 programs nationwide, the number of applicants applying drastically outnumbers the available positions.

As any medical student who has recognized their vocation, I was filled with enthusiasm and excitement as I planned to pursue one of these positions. I had checked the boxes I thought necessary to make me a competitive applicant: Performing well on USMLE Step 1 and Step 2 CK, Alpha Omega Alpha (AOA) membership, published manuscripts, and had strong letters of recommendation. I did everything I thought I could do to prepare myself to match into an integrated Thoracic Surgery residency. Not matching wasn’t supposed to happen to people like me, but it did.

I submitted my application to 46 programs via the Electronic Residency Application Service (ERAS). 23 of those programs were integrated Thoracic Surgery residencies and the remainder were General Surgery. Sure enough, as applications were made available to residency programs across the country, I began receiving interview invitations for both residency programs. I felt an overwhelming sense of validation as interview invitations from strong programs in both specialties offered me the chance to tell my story and the opportunity to match into their programs. I interviewed at 20 programs: 13 integrated thoracic and seven general surgery. Mathematically, I thought, there could be no way that I wouldn’t match. I was wrong again.

On Monday, March 11th, 2019, I was notified I had not matched. Shocked, distraught, and in complete disbelief, I began the SOAP process. My mind began racing to various possibilities as why I didn’t match. Was it that I didn’t have enough research? Was my thank you note too generic? I spent a great deal reflecting on whether I had some insidious personality defect that found its way into my interviews, or perhaps, one of the letters of recommendation I used had a red flag. I along with my deans concluded that I did not match because I applied to one of the most competitive residency programs in the ACGME with most programs holding only 1 position, and narrowly applied to General Surgery programs. This allowed me to go from one program to the other, down my rank list, until there were no further dominoes to fall.

I had slipped through the cracks of the Match.

I was an applicant who ranked in the first quartile of his class, is a member of AOA, scored in the 90th+ percentiles for Step 1 and Step 2 CK, and received strong letters of recommendation.  I was told from a program director at an institution I had previously interviewed with that one of my interviewers wrote “best interview of the year” on my application. I did everything I thought I could have done during interview season and remained unmatched.

The SOAP process began with applications to 45 General Surgery preliminary residency positions. If finding out you didn’t match wasn’t the worst news you could receive, having ERAS crash for roughly an entire day was just icing on the cake of bad news. I waited, tooth and nail, with my email open, my phone out, for a phone call, any phone call, from a program interested in my application. For three days, I started my day at 6 a.m. and ended it at 10 p.m. I sat in a conference room with a fellow classmate all day, awaiting phone calls or emails. If you thought that interview season was like speed dating, this was like blind speed-dating… on steroids. You were considered lucky if you received more than one phone call.

I went through an entire week questioning everything I had ever done during medical school. It was exhausting emotionally, mentally, and physically. I sat in bewilderment, wondering what I could have done differently. I looked back, questioning every interaction I had, every 'thank you' email I sent. I was trying to find some reason, some fault in myself for not matching. If I learned anything from this process, it’s don’t sweat the small stuff. I didn’t match on Monday, March 11th, 2019, but I moved on and was offered a position at an amazing General Surgery program.

I would advise anyone that seeks to pursue just as competitive of a residency, to apply broadly. Rank as many programs as you can and seek guidance from your mentors as you construct your rank list. It is a long, arduous process, but you will be better for it. If I have learned anything from this process, it is to trust in the Match. I may not have matched outright to a program, but the preliminary position I secured after medical school is the best thing to have happened to me. Believe in the Match, but more importantly, believe in yourself.

Jason Lizalek is a fourth-year medical student who hopes to become a cardiac surgeon. After graduation, he will be marrying his high school sweetheart and completing a preliminary year in general surgery before reapplying for categorical surgical residencies the following year.