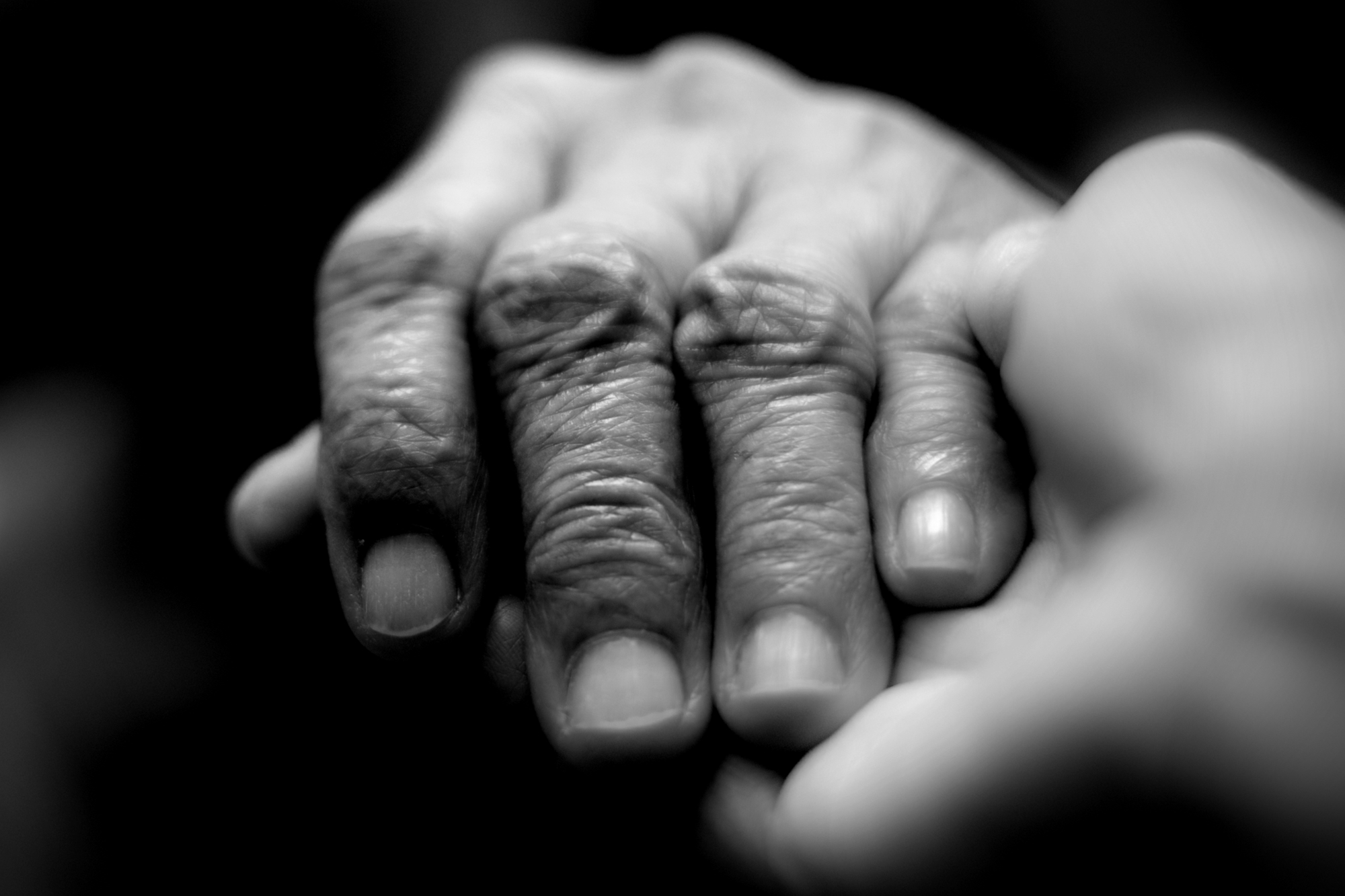 When I sat with Kevan, a feeble and skeletal man whose voice had shrunk to a hoarsely measured whisper, I would reliably enter into a state of deep listening and presence; as the world fell away, I leaned in close to hang on to each potent word. When the resident team presented his case during morning rounds, they said that his speech was unintelligible due to some combination of a past stroke, his liver failing from large metastases, and the hypoglycemia that had prompted his evaluation and admission. My team had been unable to have a meaningful interaction with him that morning, and resorted to the history gathered overnight and from the chart. We quickly formulated a plan to speak with the prison doctor to confirm the history and advocate for a shift to comfort care for this unfortunate and actively dying incarcerated man.

Sitting down at the bedside was to embark on an altogether different and unexpected journey. Kevan was 49, a long-time state prisoner with known liver metastases, refractory ascites, and a deep penchant for psychology. Understanding his speech required the devotion of one’s entire being to the task: from a shift in posture to make out his slow dysarthric whisper, to training one's attention on his lips and eyes, to patience for his slowness and effort, to consideration of the weight and deliberation his words carried. Over the course of our shared five days on the medicine service, we spent several hours together, alternating between my ovations to consider shifting his goals of care and the simple and respectful witnessing of his experience and wishes.

In my work as a hospitalist, some of my most poignant experiences are ones like these, where my to-do list, time concerns, and other distractions seem to slip away as the moment and person in front of me come into soft focus. I treasure these interactions, and I've come to recognize their potential to transmit wisdom and amplify healing.

In my short but profound experience, especially over the last four years as an attending, I've noticed again and again which moments strike me as meaningful, powerful, and memorable. While deeply present and singularly focused timeless experiences may happen with any of the people I'm tending to, this happens much more often when I'm working with those with life-limiting illnesses. I am deeply privileged each time I am permitted entry into authentic, tragic, painful, relieving, or revelatory moments in the lives of my fellow women and men. I love being trusted to facilitate a family meeting, helping to explain some of the confusing or painful things happening, and being a part of shared decision-making in the context of my patient's life and community. I leave these family-filled rooms and exhale a sigh of relief. I have found that transformation may be had by bringing compassionate presence to the guilt, anxiety, and fear that often pervade these transitions. Through this practice, relational knots in the fabric of lives can be untied or at least loosened; the rumpled blankets can be smoothed. And more often than not, patients and families suffer fewer unnecessarily traumatic and confusing last days.

I think the way I can best love my patients and thus be of the most service to them is in palliative care. Luckily as time goes on it is becoming clearer and clearer that this is also where my growth edge and happiness lie. Thus far, harnessing the power of the intellect in service of the heart has been an ongoing and rewarding practice, one that I long to deepen in earnest. I've found that the traumatic history, social reality, and humanity of the person in alcohol withdrawal are all more interesting and important to me than their standardized withdrawal score or heart rate, though of course those are important too. To paraphrase Mary Oliver: I want to know what you've done with your one wild and precious life!

Slowly, through careful questioning and listening, I began to construct an understanding of Kevan. An African American born into poverty and raised in a rough area of Los Angeles, he had struggled to become the first member of his family to attend college, where he studied psychology. He had done his best to improve his lot and try to help his family, but eventually found himself incarcerated like so many of his peers.

In prison, he'd continued to try and better himself, though he felt like everyone in his life had given up on him, including his community, his teachers, the prison system, and now by extension, society as a whole. Though he verbalized understanding of his medical conditions and grave prognosis, he was steadfast that his wishes were to remain full code status. Until I grasped the profound and tragic truths of his life experience, I had difficulty understanding why. Regardless of a decidedly poor prognosis, he could not give up on himself by allowing the system to give up on him in his final moments.

Successful resuscitation is usually defined as the return of cardiopulmonary function with minimal neural compromise – i.e., “bringing someone back to life.” The curious notion that I came to realize was that for Kevan, successful CPR would be having the opportunity to have it attempted at all. That he would on some level receive psychological/spiritual healing by knowing that finally someone wasn't giving up on him, and that he wasn't giving up on himself. For me this was both challenging and mind-expanding, and worlds away from an unintelligible actively dying man without capacity. I was left in awe of his lessons.

The last time I saw Kevan, I thanked him for sharing so much of himself with me, and partaking in the kinds of conversations most people avoid for their entire lives. He graciously thanked me for the peace our discussions had left him with, and promised in return he'd one day help me, extending an invitation to please share his story. I offer it here in gratitude.

Kyle earned his bachelor's degree in electrical engineering from UC San Diego, medical degree from Touro College of Osteopathic Medicine, and completed Family Medicine residency in Salinas, CA. He has practiced internationally in a variety of rural settings including India, Mexico, and Guatemala. He has been a hospitalist for four years, teaching medical students and family practice residents on the wards. Kyle has given several grand rounds on topics including plant-based nutrition and cannabis science, law, and palliative care applications. His medical interests include education, plant-based nutrition, addiction, and palliative care. Kyle lives in Berkeley, CA with a close community of friends and is a part of the 2020 Palliative Medicine fellowship cohort UC at Davis.

“Doctor…She Wants a Chance. She Wants to Live!”

Trauma and Suicide in Medicine: A Personal Essay