Doximity Members Speak On What's Next for Biometric Wearables in Medicine 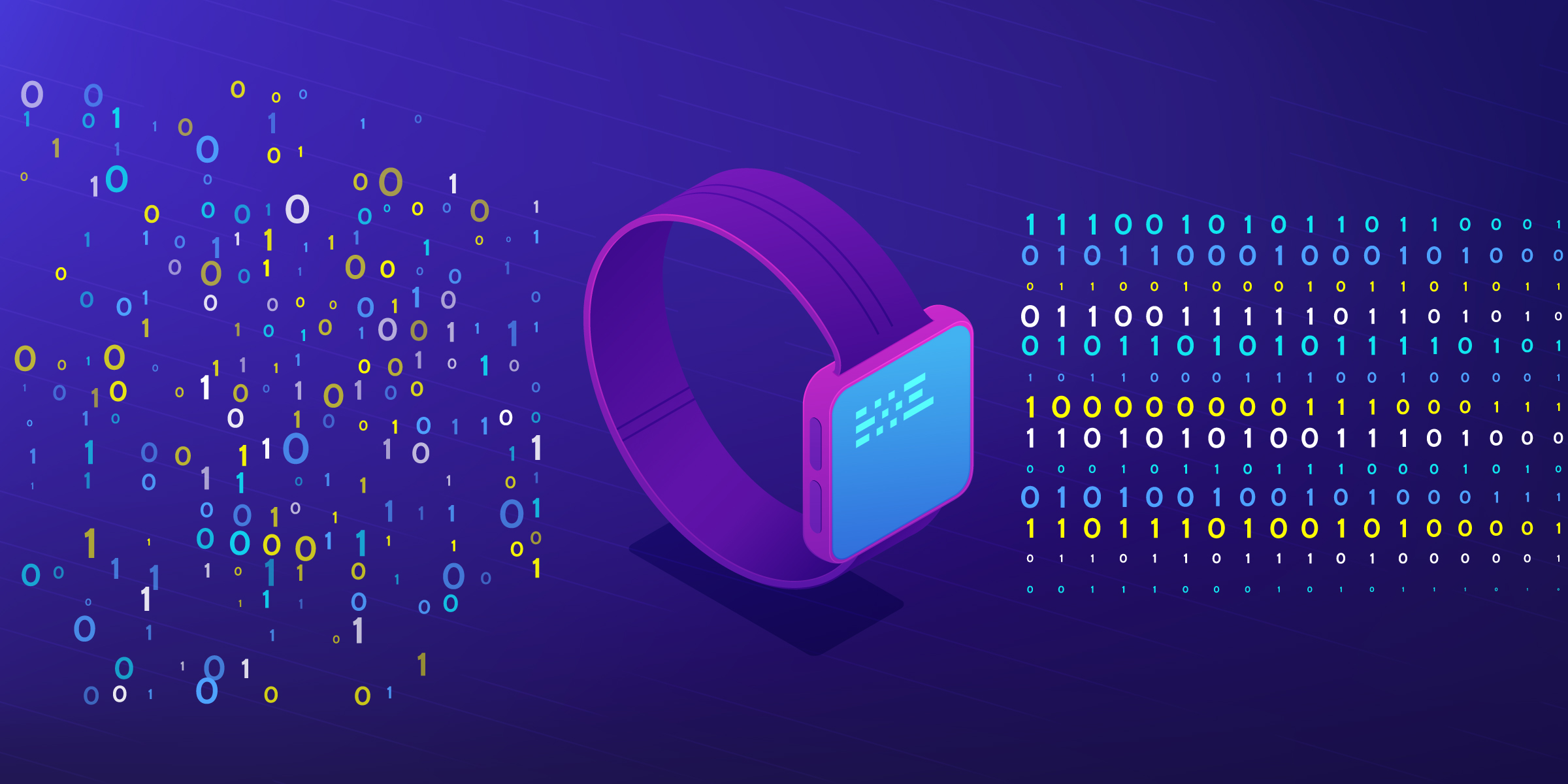 ﻿﻿﻿﻿﻿﻿Stanford Medicine aptly named their 2020 Health Trends Report, “The Rise of the Data-Driven Physician.” The first-of-its-kind virtual Apple Heart Study conducted with Stanford Medicine enrolled nearly half a million participants to monitor heart rhythm irregularities through wearable technology, and safely identified cases of atrial fibrillation. With this groundbreaking study, along with FitBit’s recent activation of blood oxygen tracking, and Google’s new FDA clearance, where will the next biometric wearable development be in health care?

The potential of these technologies and the data they can unfurl has been an engaging topic of debate for Doximity’s own “data-driven” clinicians, and they recently shared their clinical predictions for the future of biometric wearables. Doximity members predict that the next advancements in wearable technology will likely impact the fields of obstetrics and gynecology, endocrinology, and psychiatry. 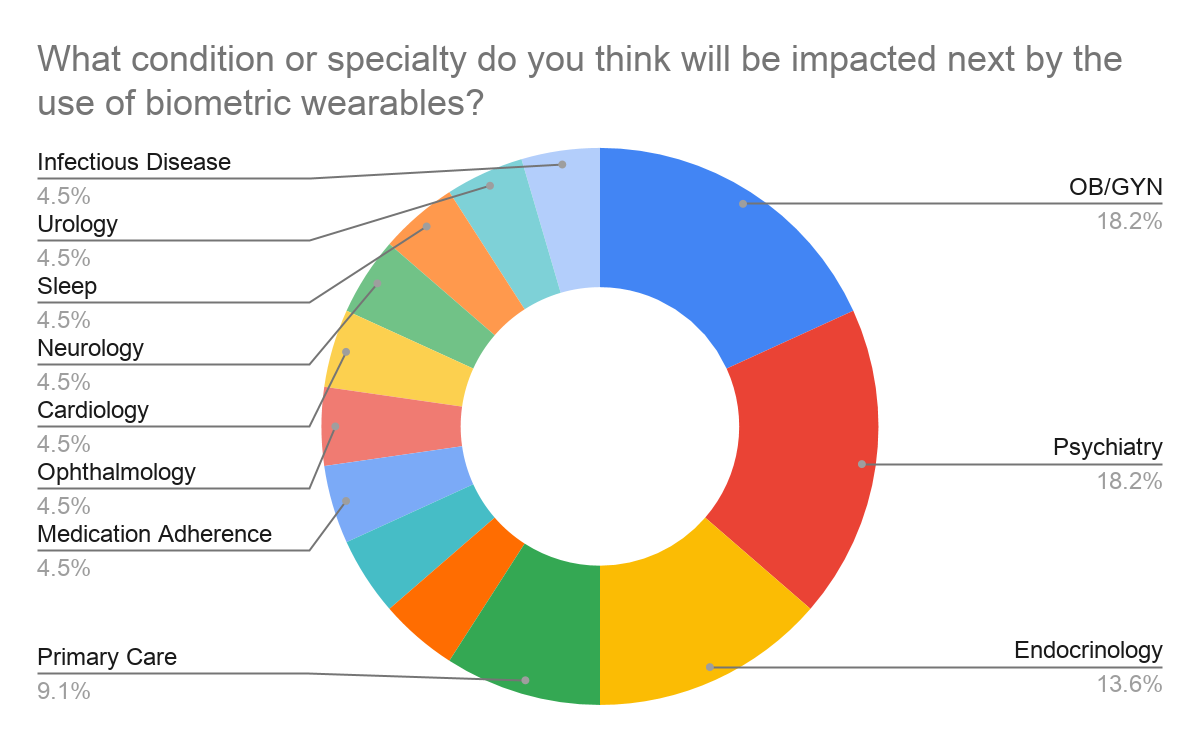 Given patients and providers’ positive perceptions about the use of biometric wearables in maternity care, there is potential to significantly impact pregnancy-related conditions such as preeclampsia. Annually, over 700 women in the U.S. unnecessarily die from pregnancy-related complications. However, according to a 2019 Digital Health study, there are currently no consumer-based wearable technologies that target pregnant women.

Many physicians on Doximity, particularly ob/gyn doctors, would like to see the development of wearables for pregnancy health, especially for these high-risk pregnancies. A physician-professor from the University of Chicago shared that, “a tele-device that sends data to physicians and alerts patients/caregivers with things such as severe hypertension during pregnancy can actually be lifesaving.” In a market ripe with opportunities for innovation, is it time for this vulnerable population to be considered?

As another clinician on Doximity points out, technological improvements such as “an artificial pancreas and monitor built into one” are highly anticipated. Developments in biometric wearables for diabetes have been in the works for years. What began as patient-led awareness initiatives has resulted in an industry-led development of an open-source artificial pancreas system and, in 2016, the first FDA-approved artificial pancreas. While the current system isn’t perfect — it does not have a closed-loop — it has encouraged other companies to enter the field and further innovation.

Currently, there is an abundance of companies working on wearables for diabetes treatment and glucose monitoring. This list includes Dexcom, which has developed a wearable sensor that monitors glucose levels and can sync with the Apple Watch. With such technological momentum and the potential for inter-device communication, it appears that endocrinology is prime to see continued advancements in wearable technology. As a Doximity endocrinologist remarked: there is much potential and great anticipation for a closed-loop artificial pancreas. Is it only a matter of time?

As we have highlighted, the implications and potential use-cases for wearable technology extend well beyond any single field in medicine. Psychiatry/mental health presents another opportunity to leverage biometric wearables to improve accessibility to medical care for an underserved, often stigmatized, patient population. About 20% of Americans live with mental illness and 3 in 5 wish they had received more emotional support in the past year. Companies have made substantial headway on developing wearables in the mental health space — including a watch designed to decrease anxiety in patients with disabilities and a wristband that tracks physiological signals associated with behavior and provides professional assistance when needed.

While there is a burgeoning focus on the utilization of these wearables to help treat psychiatric disorders, some Doximity members questioned the validity of such products and their associated data. A family medicine physician said that wearables could be especially effective for anxiety disorders but warns that “people might not know how to handle the endless amounts of information.” A pulmonologist also noted that “the older, sicker patients aren’t well represented in the product’s initial testing.” Clinicians will need to keep patients in mind when interpreting device utility and deciding if, when, or how to leverage wearable technology in their practice.

It is clear that Doximity members see a potentially bright future for biometric wearables beyond cardiology and the Apple Heart Study. Many users advise us to proceed with appropriate levels of caution. That said, there are clearly many positive applications possible, across several fields of medicine.

Do you agree? How do you think biometric wearables will affect your field or any other specialty?