Does the White Coat Matter Anymore?

The white coat ceremony is a recent rite of passage that many American medical held in medical schools, typically before the beginning of first year. Students and family members gather to celebrate the students’ entry into the medical field, and donning the white coat is a sartorial symbol of ascendency into a vaunted profession.

My own ceremony occurred on a sweltering August morning. The entering class was seated in the front rows under canvas parasols while our friends and family beamed behind us. When the time came to don my white coat on the stage, I realized how loosely the coat hung on me. My school was one of the few in the country that gave its students the knee-length white coat rather than the traditional short white coat meant for trainees. My coat was four sizes too big, which was made more ridiculous by its length. I felt like a child playing dress-up; the white coat felt too large, both literally and figuratively.

Although the white coat is commonly associated with the medical profession, the truth is that physicians originally pilfered the costume from scientific counterparts. Back in the 1800s, medicine was more of an art than a science, with a limited armamentarium of treatments, nevermind effective ones, and physicians and their trainees wore a solemn black during dissections and patient encounters, similar to that worn by clergymen. However, this began to change following the antiseptic movement popularized by Dr. Joseph Lister of Austria. Cleanliness and antiseptic techniques began to be adopted in the late nineteenth century, with American physicians and surgeons following suit. The white fabric adopted by the physicians symbolized cleanliness and purity and became emblematic of the medical field. The concept of the white coat ceremony is also a more recent invention. The first White Coat Ceremony was held in the year 1993 at the Columbia University College of Physicians & Surgeons.

Other vestigial apparati that were once inextricably linked with physicians and their craft — such as the head mirror and the black bag — has become obsolete with the advent of technology and changing trends in medical practice. What good is a head mirror against a cheap LED penlight? Likewise, the utility of a physician’s black bag has been superseded by the decline of physician house calls and well-stocked clinic rooms and hospital supply closets.

A similar change seems to be happening with the white coat, but in contrast to the head mirror and the black doctor’s bag, the obsolescence of the white coat seems to be driven by their ubiquity, rather than their scarcity. In our hospital, the white coat is by no means exclusive to the doctors and their trainees, I see it on nurse practitioners, physician assistants, dietitians, speech pathologists, phlebotomists, medical interpreters — just to name a few. Like the physicians who borrowed the white coat from the scientists, nurses and allied health professionals have adopted the attire in their own fields, but by wearing a white coat inside of a hospital, we effectively draw from the key symbol of medicine. Seeing the unending parade of people in white coats, I have to wonder: as more and more people draw what they seek from this symbol — whether it be professionalism, validation, pride — will the white coat lose its stock?

Still, appearances do matter, as studies have demonstrated that patients prefer that their physicians wear a white coat in most circumstances. For instance, according to a recent cross-sectional study led by Christopher M. Petrilli, M.D., more than half of survey respondents stated that physician attire was important to them, and over one-third responded that physician attire impacted their satisfaction with care received. Furthermore, formal clothing with a white coat was ranked most favorably with all other comparisons.

Yet the white coat may actually be harmful to patient care and betray its historical intention of signifying cleanliness and purity. A 2017 study involving 37 patients demonstrated that the long sleeves in physicians’ white coats could pick up and transmit viruses and bacteria to other patients, and the United Kingdom has a recommendation stretching back to 2007 that health care providers wear short sleeves clothing.

Considering the conflicting data that depict the white coat as both beneficial and antithetical to patient care, it may not be surprising that even among physicians there are large variations and changing trends about who wears a white coat. Hospital dress policies vary across the country, and physicians in pediatrics and psychiatry have largely abandoned the white coat, ostensibly to prevent upsetting their respective patient populations. Meanwhile, judging from the halls of our hospital, the new zeitgeist of medical wear is represented by hoards of residents wearing customized jackets and fleeces.

Seeing this trend, I have to ask: will the white coat wither away?

Throughout my own path through medical school, my feelings about the white coat have evolved. During my pre-clinical years and in the beginning of my third year, I drew up the white coat around me to hide my own discomfort and insecurity while interacting with patients. I washed it every week on my day off, and I saw it as a costume in a role that I still didn’t feel suited for, in hopes that it would lend me more credit with my patients, as if to say, “Pay no attention to the anxious person behind the white coat.”

Eventually, as I became more comfortable in talking with my patients and getting their history and physical, I no longer felt that it was necessary to hide behind the costume. I still brought to the clinic or the hospital every day, in case my resident or attending had a strong preference for it, but it usually stayed folded up in my bag. Usually, I wore a comfortable but professional shirt and pants with a fleece emblazoned with my medical school logo, which seemed to be the trend.

Much like the tools and advances in medicine, the dress of medicine is susceptible to change. The white coat is a relatively new addition in the ancient art of medicine and the meaning ascribed to it is in the eye of the beholder. In short, the modern doctor looks very different the grey-haired, bespectacled, paternal physicians of Norman Rockwell paintings. As the complexion and the composition of the medical profession changes, perhaps its dress will as well.

Yoo Jung Kim is a medical student at Stanford University and author of What Every Science Student Should Know (University of Chicago Press). Her articles have appeared in the Washington Post, The Mercury News, The Seattle Times, and KevinMD. She is a 2018–2019 Doximity Author. 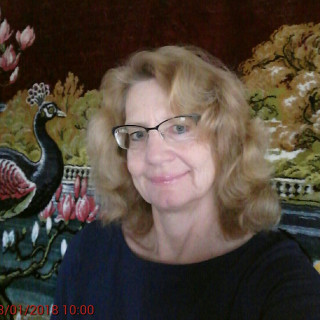 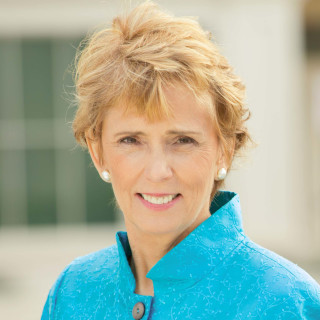 The Essential Difference Between Management in Medicine and Managing in Business

Jul 5, 2017 Link to The Essential Difference Between Management in Medicine and Managing in Business