Doctors Need to Be Willing to Be Wrong 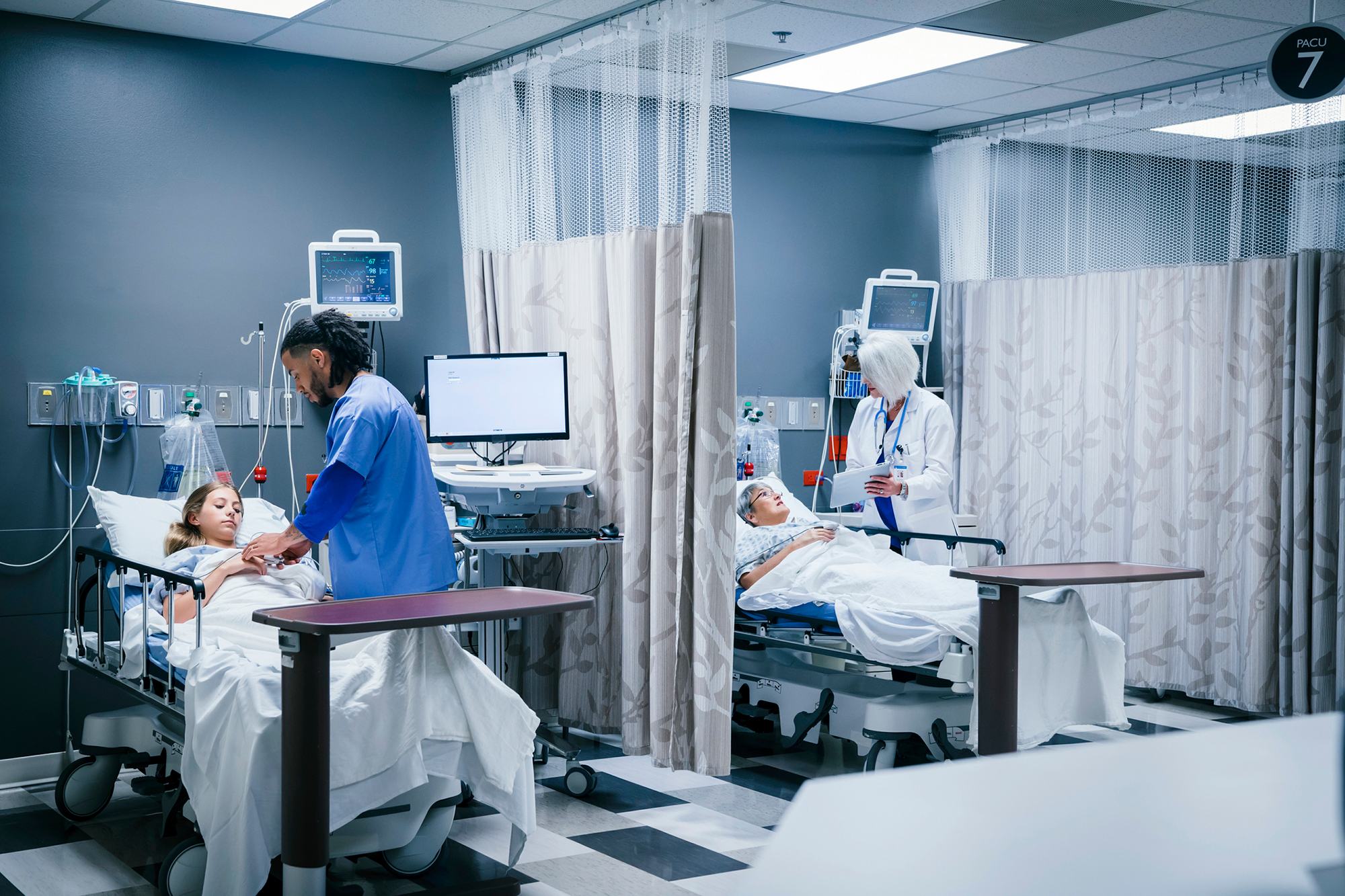 On October 6, 2019, Litsa Dremousis, a 52-year-old woman, published a story in the Washington Post retelling the story of how she presented to the ED with signs and symptoms of thyroid cancer. Ms. Dremousis retells the story of how a physician assistant misdiagnosed her condition and, but for her dogged persistence, her metastatic cancer would have been tragically swept under the rug. She questioned how staff members could have missed the signs and symptoms of such a serious and relatively common illness. “What disturbs me more is that no one — not one of the physicians, physician assistants, nurses or nurse assistants who treated me over the course of two lengthy back-to-back ER visits — even thought that I might have thyroid cancer.”

In more than 25 years of practicing in the ED, I have rarely diagnosed nor considered the diagnosis of thyroid cancer in one of my patients. That said, I have missed the early signs and symptoms of a devastating chronic disease. It was early-stage and mimicking some more common disease symptoms. I am still beating myself up about it.

I went into emergency medicine practice during its infancy, at the very hospital where the “Alexandria Plan” took shape. My training focused on diagnosing and treating the signs and symptoms of acute illness — implicit in the ED model was that patients would come to the ED only when they experienced acute illness or injury. My colleagues and I assumed that patients would want to see their primary care physicians, who they knew and who knew them, for non-acute ailments. Then, something — many things, actually — changed the dynamic.

Today, a large portion of the population is either without access to a PCP or without insurance to cover the costs of medical care at a private practice. Many PCPs fill their office hours with routine physicals and follow-ups, providing limited access for patients who have acute illnesses to be seen in a timely manner. Waiting two to three days for treatment for a urinary tract infection, for example, is too long (and the problem too uncomfortable and disruptive) to wait for an office appointment.

So, people have started coming to the ED for minor and non-emergent problems. People bring their children in at night with a fever and cold symptoms, historically complaints that would have been seen in the morning at the pediatrician's office. Adults without a PCP present with routine diagnoses that would ordinarily be seen in a primary health clinic or provider's office. Many times, people come at night so that they do not have to miss a day of work. People who have a test ordered for next week come to the ED so that they can get the test sooner. And, significantly, unlike PCPs, the ED does not ask or expect money up-front.

In short, the emergency department is a victim of its own success. We see people expeditiously, ordering imaging, blood tests, and medications to treat their symptoms and illnesses. We want to make them happy but most of all, we want them to leave the ED. At baseline, we want to honor our oath: do no harm.

But, sometimes, people get antibiotics that they don’t need or, worse, opioids that treat their pain but get them hooked. Some unscrupulous or misguided patients oversell their symptoms to get the treatment they want or think that they need. Physicians and nurses, sensitive to histrionic and demanding patients, do their best.

We have been accused, with good reason, of over-testing, over-treating, and over-prescribing.  After all, we don't really know our patients so how can we tell if they are faking it or over-dramatizing their symptoms? How could we know that a patient like Ms. Dremousis is ordinarily stoic, ordinarily never complains? We see people who barely grimace during a heart attack and howl with pain during a venipuncture. We ask ourselves, quite frequently, are we being played?

Human nature enters cruelly into the health care provider-patient dynamic. The same drive and commitment that propelled a person into the medical profession makes him or her adverse to being challenged or, worse, being told what to do. Administrators and insurance companies are forever second-guessing our decisions, but with the very helpful benefit of hindsight.

After we take the history and do the physical, we come up with a differential diagnosis for the patient's reported symptoms. We add diagnostic testing to help confirm or deny possibilities. At the end of the ED visit, we offer an educated guess as to what we believe the diagnosis to be. And, running in the background, is confirmation bias, the well-described phenomenon all health care providers can fall victim to.

Confirmation bias is the human reflex to interpret new information as being supportive of the opinions we already hold. We actually search for things in the world that support the beliefs that we already have. Not only do we eliminate things that prove our beliefs wrong, and search for things that prove our beliefs right, but in that process, we actually create more evidence in support of our position. Unfortunately, confirmation bias can run so deep that even facts don't necessarily change one's mind.

Ms. Dremousis’ internist, who knew her, failed to consider the reported symptoms of neck enlargement, hair loss, sluggishness, and weight gain. These symptoms did not confirm her preconceived belief that Ms. Dremousis was a healthy patient. When she came to the ED, where we generally expect and look for diagnoses of acute illness, the physician assistant looked for and found evidence of an acute illness. The symptoms mimicked a constellation of symptoms seen on a daily basis in the ED. The PA wanted to see Ms. Dremousis’ symptoms as part of a minor and treatable disease – bronchitis – so he did. He tried to “sell” her on his diagnosis. Even when she returned with worsening of her symptoms, he stubbornly stuck to his original diagnosis. A fresh set of eyes and ears on the patient might have noted the red flag that was raised. But the nebulizer treatment that helped her probably reinforced the notion that her illness was acute and treatable. Only with determination and stubborn conviction was the patient able to demand admission and further testing, including a neck CT, which most patients with a cough and airway disease do not get in the ED. The CT showed tumors that were later diagnosed as thyroid cancer.

Many of my colleagues and I would say that the system worked the way it was designed to work. Patients are put through the diagnostic sieve; most get caught but occasionally, some fall through. We tell all of our patients to return to the ED if they are not better in 24–48 hours, or if they get worse. When patients do return, it frequently means that the original diagnosis was incorrect or incomplete. Returning patients should be red-flagged and considered carefully. One in four patients probably is given the wrong diagnosis. The return of these patients tells us that we need to get more testing and consider a wider array of diagnoses. In Ms. Dremousis’ case, the diagnosis of neck masses was delayed by a matter of hours.

Would we prefer to make the correct diagnosis during the first visit? Of course. Should we be doing CT scans of the neck on all patients with severe cough and stress incontinence? Of course not.

So, what should we do?

We should redouble our efforts to listen carefully to our patients, particularly those who have not improved or who have gotten worse despite our prescribed treatments. We should set our egos and bigotry aside and recognize, and then work hard against our confirmation bias. We need to be willing to be wrong.

I thank Ms. Dremousis for publicizing her story and I am so glad that she is on her way to a full recovery. She was exposed to some pretty harsh truths, and the comments posted to her article further suggest the existence of gender bias and under-qualified providers. She quite rightly shed some light on the presentation of thyroid cancer in the ED.

Let's get over the assault on our collective egos and really listen to our patients. Are there facts in the history and physical that actually point to the presence of cancer? Can we set aside our confirmation bias and consider the diagnosis of cancer in ED patients? Can we be willing to be wrong about everything?