Death by Patient Satisfaction in the ER

The new Holy Grail of business, Customer Satisfaction — CSAT to her close friends — is a measure of how products and services supplied by a company meet customer expectations. In a marketplace where businesses compete for customers, CSAT is a key element of strategy.

Satisfied customers buy. They come back and buy more. They tell their friends, who’ll buy too. If satisfied, they’ll return and buy more. That’s gold for the bottom line. Hail the almighty dollar!

My customers are my patients. Since American healthcare is a business with its own shaky bottom line, though it looks like a bottomless pit, the rage of customer satisfaction hit us hard.

“Over the past decade the government has fully embraced the “patient is always right” model — these surveys focus on areas like waiting times, pain management and communication skills — betting that increased customer satisfaction will improve the quality of care and reduce costs. There’s some evidence they have. An ObamaCare initiative adds extra teeth, to the tune of $850 million, reducing Medicare reimbursement fees for hospitals with less-than-stellar scores…Accordingly, hospitals kowtow to…Press Ganey …helping hospitals fulfill their mandated obligation. Some have taken an extra step, tying physicians’ compensation to their ratings,” Kai Falkenberg explained in a 2013 Forbes article.

In this profit driven view, my job as an ER doc is to provide products that my patients can’t wait to buy. Some are tangible — Percocet prescriptions, relocated hips, work excuses, removed foreign bodies. Some are intangible, like reassurance: “No, you’re not having a heart attack, it’s probably heartburn. Your sixth beer didn’t sit well on top of those burgers.”

My customer driven focus is to make sure that they’re satisfied, to come back for more.

“I really hope you enjoy your Percocet. Don’t hesitate to return if you need more, I’ll be happy to throw in some Dilaudid for your back pain.”

“Your rectal foreign body? Please have fun and come back anytime, we’re open 24/7.”

“Your heartburn? I hope there’s some beer left in your fridge! Come back soon!”

“You had a few drinks and hit a tree? No problem! I really enjoyed intubating you. I’d love to do it again soon!

“No, I don’t think you’re having a heart attack today, but if you keep smoking and stay on a steady diet of donuts and fries, I’ll be happy to provide you with the best care for your heart attack! It shouldn’t take long!

When my customer Mr. P. D. (Percocet Deficient) comes in for his fix and I provide it, he’s satisfied. He’ll come back and send his friends. I’ll soon have the best satisfaction ratings and the financial benefits that go with them. They’ll ask to see me, only me. That’s great patient satisfaction. Let’s do more of it!

Oh, wait! We’ve already done it! Opioid epidemic, anyone? Remember when the Health Care governing bodies berated doctors for not treating pain? We doctors created generations of Americans who’ll never walk straight again because of their untreated back pain. JCAHO and CMMS, trained by the Big Pharma whipped us into prescribing Oxycontin (not addictive). That’s over now. Now, we’re responsible for the opioid epidemic. But I digress.

There’s the weak and dizzy. They’ve been like that for months, years maybe. The family’s had enough. “You must keep her. She can’t live alone. She’s been unsteady on her feet for years. If you let her go her broken hip will be on you. You’re also spoiling our dinner plans. You know who I am? You’ll find out. What’s your name? Jones? Well, Dr. Jones, your CEO is my golf buddy. You won’t like what happens to you.”

The cardiac arrests? The arrhythmias? The hypotensive sepsis with altered mental status? The anaphylaxis who can’t breathe? The STEMI with tombstones on their EKG? They don’t count. They don’t even know for sure if they’re alive or dead, let alone fill in the survey. The dead won’t fill them anyhow. Those who survive won’t either. ED satisfaction surveys look at discharged patients only.

Nor will the mental health patients, not even the mentally ill children who spend days to weeks in the ED because there isn’t a psychiatric bed for them. They linger around like lost souls in Purgatory, bored out of their minds. They occasionally blow up. We restrain and sedate them. That’s OK. They don’t fill in the surveys anyhow.

Then there are the urgent needs: sandwiches, blankets, sodas and urinals.

I can’t remember a patient asking for epinephrine. Ever. Pepsi? Now you’re talking! “Ginger ale? You only have ginger ale? How about Pepsi? No? What sort of ED is this? My wife can’t have Ginger Ale, it constipates her! Your sandwiches are stale! Can she have a burger? No? She’s hungry! We’ve been waiting for the CT scan for an hour! She needs to eat!”

Telling him that she’ll probably survive another hour without food, and that she’d actually benefit from losing a hundred pounds won’t help. I’ve never ever had someone thanking me for telling them to lose weight. No matter how kind I try to be when I tell them that their knees will thank them for losing a few pounds, I can’t remember a single one satisfied with my advice.

Same with smoking. “I’ve heard that a hundred times already, I don’t need to hear it again.” Yes you do, if you’re still smoking, you do. And telling me that you’re on Chantix doesn’t make you a nonsmoker. It makes you a smoker on Chantix. But that’s not important right now. Your satisfaction is.

Does better satisfaction mean better quality of care? Probably not.

A study published in JAMA in Feb 2013, included data from 52K adults found that the most satisfied patients spent the most on health care (9% more), were more likely to be admitted, and were most likely to die (12.6% more).

I came up with a plan:

As for those who can’t fill the surveys, whether it’s because they’re paralyzed or unconscious or dead — let them wait until they become more reasonable or die. We’ll just make sure to provide maximal satisfaction to those who fill in the surveys. That’s what it’s all about, isn’t it? That’s where the money is.

Looking forward to the bright future of our American Health care. I hope you are too.

Rada Jones, MD, is an Emergency Physician. She practices in Upstate New York where she lives with her husband, Steve, her German shepherd Gypsy, and their deaf black cat named Paxil. She’s finishing her first novel, “Overdose, an ER Thriller” where a lot of people die in unnatural but exciting ways. Find out more at RadaJonesMD.com, instagram RadaJonesMD and twitter @JonesRada. Dr. Jones is a 2018–2019 Doximity Author.

Read The Case for Medical Scribes Only Keeps Getting Stronger

The Case for Medical Scribes Only Keeps Getting Stronger

Feb 25, 2020 Link to The Case for Medical Scribes Only Keeps Getting Stronger 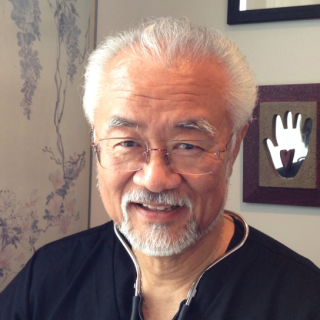 We Don't Have to Just Accept Patients Taking Health Supplements

Feb 21, 2019 Link to We Don't Have to Just Accept Patients Taking Health Supplements

Read The Lessons of Gynecologic Morcellation

The Lessons of Gynecologic Morcellation

Jul 15, 2017 Link to The Lessons of Gynecologic Morcellation