Cohabitating With Your Imposter Syndrome 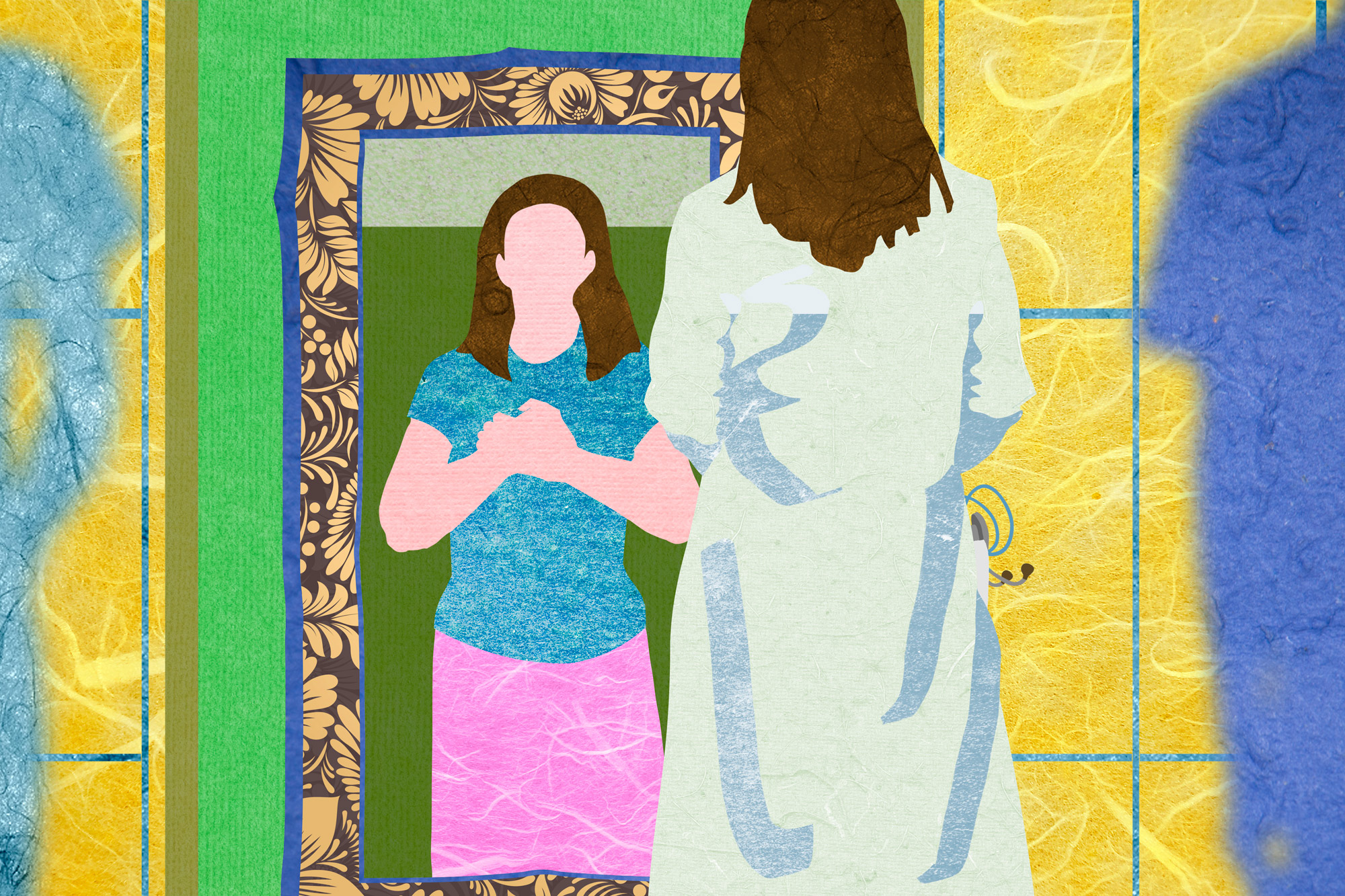 Impostor syndrome is the subjective experience of believing that success is fraudulent. It is the workplace anxiety du jour, where an individual feels that accomplishments came through ingenuity, being lucky, or manipulating other people's impressions, thus creating a false facade. According to the 2019 data released by the AAMC, women comprise slightly more than half of all medical school students, and half of them experience imposter syndrome. "Impostorism" has a strong foothold in women in health care and often influences their decision-making in their career. Since the introduction of the term in 1978, the impostor phenomenon has evolved into five impostor patterns.

My office has a Supergirl magnet that was gifted to me by a colleague at work. When I received it, we joked about how working women are often called "Superwomen" as they "Do It All." I have lived through superwoman impostorism as a new attending with a young family. As a young mom with a minimal support system in a foreign country, I had to profile my strengths and weaknesses. Like myself, women often hit a glass ceiling as their career tracks parallel their reproductive paths, and having an effective plan to manage family life and career goals takes precedence over merely watching it unfold. If medical students know that gender equity sets the stage for equality, they can own their success and achievements. Acknowledging the shortcomings, stereotypical attitudes, and awareness of our own strengths and weaknesses enables women to make conscious decisions to improve the under-representation of women in health care leadership and their own lives.

Despite the lack of representation in leadership, women are doing just as good a job when given a chance. According to a study conducted in 2014 by the American Psychological Association, women leaders are as effective as their male counterparts. But gender bias in leadership and the causal linkage between patriarchy and impostor syndrome are two issues that need to be dissociated and handled separately. As per Clance and Ime's research, women are responsible for self-doubt, even in the absence of patriarchal influences.

I have my own experience with self-doubt. In June 2020, amidst the pandemic, I graduated from "Know Your Value,” a professional development program by bestselling author Mika Brzezinski. The program focused on helping women grow their careers and reach their full potential. I almost did not apply to this program. We see a similar trend of hesitation among women, which leads to disparity in job applications between men and women. I procrastinated, waited until the last day, made excuses to create a video introduction. A little voice in me asked if I was afraid of success, failure, or both? The worst thing I could do was nothing. I finally made the video, wrote the essay, and was selected. I was one of the 52 graduates this fall, and the program helped me immensely with networking, finding a mentor, and advocating for myself. Taking the first step and applying for the program was a victory over my impostor syndrome.

I took an interest in imposter syndrome, and had the opportunity to interact with Dr. Ruby Sahoo, a physician leader and regional performance Director for Team Health. We spoke about her views on impostorism and its impact on women representation at the top. She emphasized that awareness about an individual's strengths and weaknesses is key to identifying and overcoming impostor syndrome. She is a mother to a 4-year-old and is confident with her parenting. She asserts that her life is unique and works on making the best of it without comparing it to others. At the same time, she advocates managing physician's burnout, and maintaining a work-life balance.

Societally, women are expected to serve as the primary caregivers, but institutions struggle to offer encompassing family leave policies. As an attempt to reach out to other physicians embarking on the leadership journey, Dr. Sahoo started a virtual book club of and for like-minded women. The book club announced a foundational piece, "Unlocking Your Authentic Self: Overcoming Impostor Syndrome, Enhancing Self-Confidence, and Banishing Self-Doubt" by Dr. Hunt. The unanimous choice of the book reflects the development hiatus experienced by female health care professionals. Dr. Sahoo particularly liked the self-reflection exercises in the book and a step-by-step approach to work on individual vulnerabilities. A virtual book club is a powerful networking opportunity to brainstorm new ideas and strategies where women physicians in leadership can find support.

A mentor-mentee relationship promotes developing a network for professional growth and exchanging useful and trusted feedback. Health systems can invest in their employees by encouraging professional development programs for women empowerment and promoting leadership focused on diversity and inclusion. The women that participated in Clance and Ime’s initial study were painfully homogeneous, consisting of majority white, educated, middle-, and upper-class women. Women doctors in underrepresented minorities experience microaggressions and barriers to promotion, which is evident at the top leadership tiers.

Impostor syndrome has been identified among medical students, residents, practicing physicians, and physician leaders. The workforce has diabolical expectations of a woman. But women thrive with interventions — such as flexible work hours and options for family leave — that facilitate care for dependents without negative career consequences. Women physicians have different issues with burnout. As a woman in a leadership role, I echo the introspective letter written by the attending to all female medical students. Women have been lurking in the shadows of their impostors.

The women who chose to advance in their professional careers have been the collective force in breaking barriers to secure the younger generations a seat at the table. Despite the different roles we play as women — a mother, a daughter, wife, a physician, and a physician leader — each of us carries our own aura of confidence and success. If we empower women with the right knowledge and emphasize the key concept of valuing our own self-opinion, we will find peaceful cohabitation with our impostor syndrome.

Nita K. Thingalaya, MD, BCMAS Dipl ABOM, is a Board-certified Internist who specializes in Medical Affairs and Obesity Medicine. She practices telehealth and hospital medicine and is currently the Medical Director in Healthcare Utilization. Her experience in clinical research, utilization, and informatics make her a leader in Medical Affairs. She tweets at @RealWorldMD. Dr. Thingalaya was a 2019-2020 Doximity Fellow.

20 Things Patients Can Do to Stay Out of My ER

A Doctor's Moral Obligation to March and Roar for Justice