Can Putting in A Foley Teach Empathy? It Did for Me 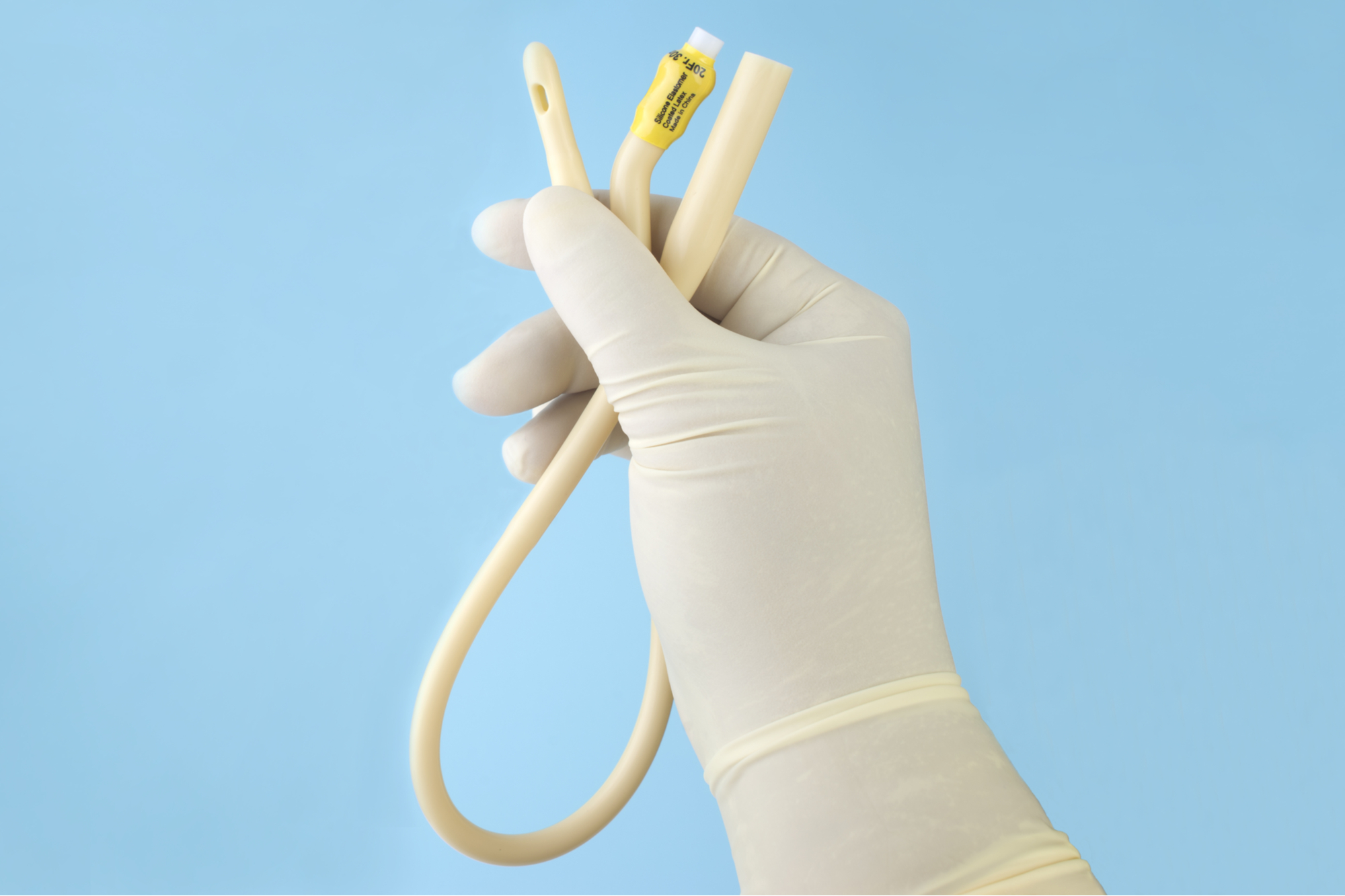 ﻿﻿﻿The first time I met Bill he was unconscious, suicidal, and bleeding. He'd been running down the streets of San Francisco, attempting to get hit by car.

A truck with very large treads on its tires — treads that left a memorable imprint — had rolled over part of Bill's lower abdomen.

This was all gathered from paramedics' reports.

Bill couldn't speak as moments earlier he'd been sedated, and he was now snoring.

Bill was drunk, belligerent before I arrived.

I was dressed in my short white coat that seemed determined to dump my pride and what few medical tools and pocket change I owned, out of my pockets and onto the linoleum, every time I bent over. My trauma team looked much better prepared, like working 36 hours straight was something they expected, even enjoyed.

“You should be able to leave pretty early tomorrow,” my chief, Dr. Simon Lutwinski, said as we raced down the hall, beckoning the calls of our awkwardly large trauma beepers that read, “MVA male vs. truck, belly swoll.”

"Wait, what?" I thought, but I did not protest. Trying to hide my subtle crush on him, I stuffed a desperate piece of chocolate in my mouth, and I let it go.

The odors in the trauma bay made lasting memories — vomit, alcohol, blood, and unwashed clothing reeked of old cigarettes. There were tubes, lines, and empty packaging wrappers scattered everywhere.

My chief tossed me a pair of gloves and asked, “Have you ever put in a Foley?”

The nurse already had the kit out, ready to go. The intern on my team, a middle-aged woman with far more maturity and kids than I was certain I would ever have, was already scanning Bill's belly with the ultrasound transducer.

“Hold it like you mean it. Stop, if you feel resistance,” my chief said.

On paper, I knew this. I knew how to insert a Foley. I had just never done it before. It occurred to me then, that as a third-year med student, this meant that I really didn't know anything. But I had to take my first stab at it sometime. I was supervised. What could go wrong?

I grabbed the penis and advanced the lubricated catheter.

“I feel resistance,” I said.

I blushed, frozen. This was starting to sound like my prom night, but even more awkward and uncomfortable.

“I feel resistance,” I said again. “It won't advance.”

“There's at least a liter of blood in here, a ruptured spleen,” said Dr. Hanna, the intern. “He's going to the OR.”

“Let me see,” my chief said. He took the procedure away from me, out of my hands.

Secretly, my sense of outward failure came with relief.

“What should I do differently?” I asked.

“Nothing,” he said, trying to advance the catheter himself. “You're right.”

It took a urology consult and an all-night exploratory laparotomy surgery with multiple transfusions to repair Bill's urethral disruption which was causing the resistance to the insertion of the Foley. He had a ruptured spleen and broken bones, a small pneumothorax.

It wasn't until rounds the next morning, after Bill had slept off his weekend bender, that I was able to have a candid conversation with him about his suicidal ideation, the trouble he had with his “lying, conniving, overbearing wife,” and ultimately, his plan of care. It was then when I realized why working 36 hours on call creates physicians, not providers.

The white coat is embroidered with the word Doctor, not Clinique, for tangible, earned reasons.

I wasn't sure that I deserved it, but here I was.

Bill was the first stab I had at a Foley and the first stab at caring for a patient with suicidal depression. He wasn't one of the many patients I later referred to by diagnosis instead of name, in order to distance myself from the human suffering in medicine. Not yet.

Maybe our attenuated response to stress, indignity, and grief prevents a complete empathy burnout that would leave little left for our loved ones, and even less for practicing our specialties efficiently every day until retirement.

It's hard to pinpoint exactly when medicine steals the innocence of that first empathy from you — that pure empathy before it becomes corrupted with case management expectations, the opinions of others, and block-time demands. Perhaps somewhere between intern year and the end of residency is a good guess.

For me, it might have occurred when the attending grilled my chief by the wrong name during rounds when he asked him, “Simonowki, what's wrong with this X-ray?”

“Whatever,” said the attending in a voice owned by cigars and cynicism. Dr. Tieble examined Bill's fractured pelvis on the white board. “You all realize this stuff doesn't happen to normal people, right?”

Until then, I had not considered that.

The privilege of knowing Bill, not the urethral disruption and not the major depressive episode, was one of the transient and vicious and beautiful gifts of a medical education. Bill became my first stab at a Foley, but the procedure fell away from him in an unforgettable, appreciated way that occurs less commonly with experience. To become more proficient at practice, we reach an unfortunate and contradictory place as doctors where we've heard it all, done it all, and have seen everything.

Those first years of caring shaped my memory of Bill, and they molded me in ways to cherish. Though most of the procedures I perform now I do with automatic ease because of years of motor memory, I refuse to allow the many positive and emotional aspects of medicine to become repetitive and scripted.

During my brief, but meaningful interactions with my patients in my 15 years of practicing anesthesiology, I return often to my memories of Bill and others like him, that continue to influence my practice in ways I cannot garner from textbooks, procedures, or any amount finely scrutinized, well-researched medical data.

Melissa Franckowiak is an MFA student and a practicing anesthesiologist in Buffalo, NY. She is the author of the novels, The Labrador Response and Another Five Patients, written as Melissa Crickard. Her short fiction piece, The Very Pertinent News of Gabriel Vincent DeVil, recently placed in the 86th Annual Writer's Digest Literary Fiction Awards, and her work has appeared in Nanny Magazine, Parent Co., MothersAlwaysWrite.com, Blood Puddles, Fredericksburg Literary and Art Review, Ghost Parachute, and the anthology Children of Zeus, among other publications. Melissa is the mother of two children, the owner of a chatty Panama Amazon parrot, and a lover of all things outdoors.