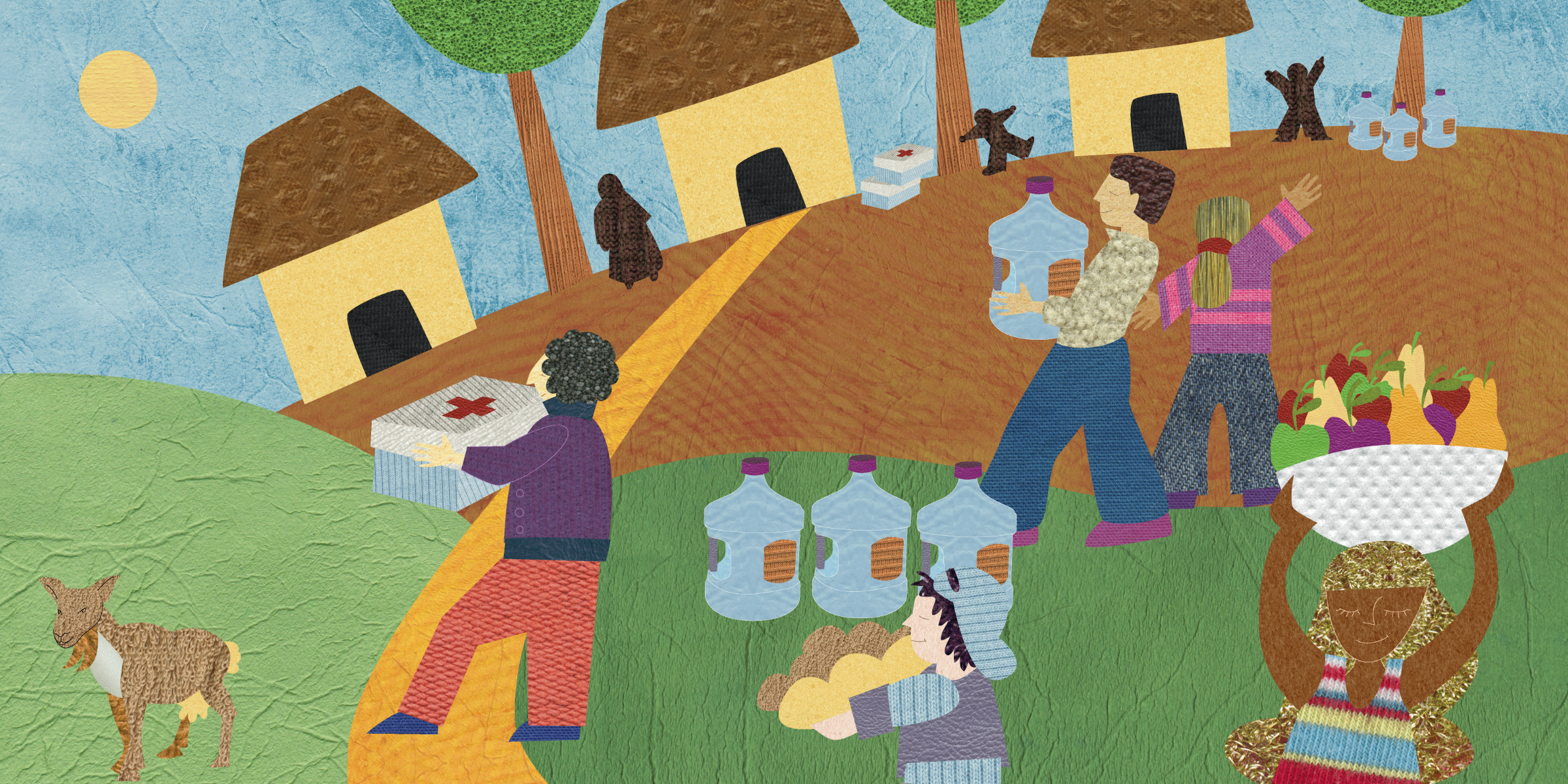 ﻿﻿“Can you give me medicine for my child?” We had moved to a rural village in Nepal to work as volunteers in community development. After a week or so of adjusting to my mud house and lack of reliable electricity or water, I managed to keep our three children fairly clean, but their playmates were another story. Mother after mother brought their children covered with sores and boils, requesting medicine. Though there was a village tap, the concept of regular bathing was unknown. Women had to carry water for miles, and even firewood had to be gathered to cook food. One day, in an attempt to make changes, I walked to the market, bought soap, and began demonstrating to the village women how to bathe their children. Over a period of weeks the incidence of skin infections began to decrease and my neighbors began to take their children to the water pump in front of our house to bathe.

As I tried to explain the connection between dirt and boils, I realized that kiraa, the word for bacteria was the same as the word for insect, virus, or dental caries. The germ theory was impossible for these ladies to understand. No wonder they could not conceive of the need to keep their children clean. In fact, I realized that almost none of them could read and write, and as maternal-child health workers have long known, a mother’s basic education is the key to improving her child’s health.

After a small measure of success, feeling my Nepali communication skills had improved, and confident that my diagnostic skills were better after examining innumerable patients, I decided upon a new venture. With an under-five clinic, I could weigh the children and begin addressing some of the malnutrition issues in our community.  Though there were government health posts, due to the civil war, most had closed. We used a hanging scale to weigh the many children, plotting them on the WHO yellow cards and confirming my suspicion that most had moderate to severe malnutrition. After teaching on nutrition and child health, I asked my illiterate friend what she learned; it was completely wrong. The most basic concepts I attempted to teach made no sense to her. Many more experiences confirmed in my mind that long-term community changes using a train-the-trainer model were essential. When our neighbor saw no value in his 13-year-old orphaned niece and gave her away as a second wife, and I was criticized and not thanked for saving a young woman from post-partum hemorrhage because the baby was a girl, I realized we had to work to change community values. My medical and public health training, hard work, and compassion could not change the hearts and minds of these people. Community development focused on the body, soul, and spirit, beginning with literacy to open the eyes of women, was the first step.

B and K taught me even more. B had his arm wrapped in a bandage, and when we opened it, was gangrenous. The new electric lines had just been built, and in order to try to obtain free electricity he raced some friends up the pole and grabbed the top, unaware of the warning signs because he could not read. K’s mother brought him in for a black hand too. He rolled into the open fire on which she was cooking their food, and survived, but lost his hand. Illiteracy, gender discrimination, basic health needs, lack of food, pesticide poisoning, open fires for cooking, and zoonotic diseases – these were issues for which my knowledge and training ill prepared me.

We moved from the village as the security situation became worse, and the hydropower project was complete. I served in a local hospital and clinic where patients arrived too late. A woman with a ruptured uterus from a transverse lie and no available operative facility within a day's walk, a child with intestinal tuberculosis too advanced to save, a malnourished orphan whose mother died in childbirth — all were too late. In between seeing patients in the clinic and the ward, I joined with some brilliant Nepali doctors to start a new medical school. We developed a curriculum for problem based learning and community outreach to encourage our students to go where the people lived. Nutrition surveys in the field forced our students to encounter realities of vitamin A deficiency, night blindness, as well as witness the failures of government and non-government aid projects whose money had no beneficial effect.

Over 15 years later, I see changes from the continued hard work of my Nepali friends. Girls go to school now and their mothers attend non-formal education classes. More villages have toilets, smoke-less stoves, and babies don’t roll into the fire. Goats have less hoof rot with better pens, and farmers learn how to grow crops using organic methods. This year we celebrated over 20,000 women becoming literate and thousands of farmers educated, hundreds of female community health workers training women how to care for their children, as well as first aid classes and organic farming. Many of my former students are practicing where I used to practice, and have taken over my job. What a difference and what a blessing!

As an educator and leader in global health, students, residents, and physicians often ask me how they can make a difference long-term. Change in communities and people only comes when we are committed long term to personally investing our lives in theirs, and coming alongside to serve with them. This takes a commitment of time, money, and personal sacrifice, whether in our own country, or another. Medical schools and residencies must teach that global health and cross-cultural competency are more than a rotation, a procedure, or a philanthropic gesture. Global health is about living our lives and practicing medicine to make a difference for people anywhere in the world, positively transforming communities for good.