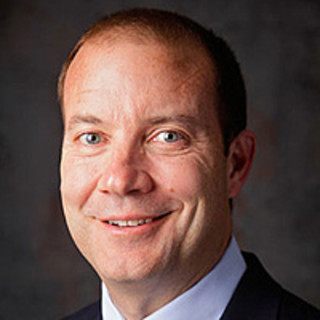 Democrats are, ahead of the 2018 midterm elections, looking for a game-changing issue to shift momentum in their direction. Senate Majority Leader Chuck Schumer believes that healthcare will "define" the upcoming midterms. If that's the case, let's revisit the Democrats' healthcare plan.

Their last hurrah at healthcare reform came in the form of Obamacare, passed in 2010 at a time when Democrats controlled both houses of Congress with veto-proof majorities. Despite Obamacare's cost and myriad problems, Democrats are doubling down with a new single-payer plan.

This is not a new idea. Medicare-for-all was first proposed by former Democratic House Representative John Conyers in 2003. It has remained in the bowels of Congress, waiting for a defibrillator to bring it back to life.

As a concept, it was resurrected as BernieCare, named affectionately after socialist Senator Bernie Sanders who believes, "The only long-term solution to America's health care crisis is a single-payer national health care program."

Let's see how BernieCare fares when butting heads with the economic law of supply-and-demand. We should first take a look at states that have tried to implement their own single-payer plans as this may provide a clue as to how this would fly on a national stage.

Vermont passed a single-payer plan legislatively but the governor chose not to implement it since it would drive businesses from Vermont to neighboring states. The cost was more than the entire state budget, necessitating a large tax hike on individuals and businesses, tempting Ben and Jerry to create a new ice cream flavor, "Chocolate Chip Tax."

Colorado, perhaps high on legal marijuana, attempted to implement their own version of a single-payer plan called ColoradoCare. Offered to Colorado voters by a ballot referendum in 2016, it was defeated by a four to one margin because, like Vermont, it would cost more than the entire state budget and require Rocky Mountain-sized tax increases for funding.

What would BernieCare cost? The Mercatus Center, a George Mason University research institute, calculated the cost as $32.6 trillion over ten years, or $3.3 billion per year. This alone would consume over three quarters of the federal budget.

Given that the federal budget perpetually runs in the red along with a $20 trillion national debt, such a plan is economically a nonstarter.

This calculation is also nothing more than a prediction. How many government programs cost less or the same as anticipated after a few years? I can't think of any either.

Medicare, when implemented in 1965, was projected to cost $12 billion per year by 1990. How did that prediction turn out? The actual cost in 1990 was $90 billion. Projections were off by a factor of eight. Does anyone believe BernieCare would not follow a similar trajectory?

How would BernieCare be funded? Mercatus calculated that even when all federal individual and corporate income taxes are doubled, the single-payer plan would still be underfunded.

What would a doubling of taxes do to the American economy? We are currently at full employment, with more jobs available than people to fill those jobs. Companies are opening factories and moving back to the US. GDP is higher than unemployment for the first time in years. Double taxes and that would all disappear and go in the opposite direction.

Since doubling taxes would still not be enough, Mercatus calculated that physicians would need to be paid 40% less. For a practice or clinic already running at a 50% or more overhead, this would be the kiss of death. Working at a loss, or breaking even, won't appeal to even the most altruistic of physicians.

As physicians leave medical practice, we can expect a shortage of physicians—but not patients, as the population increases, particularly among the elderly and unhealthy.

Now we are back to supply-and-demand. When everyone has access to unlimited and free healthcare, expect demand to surge. Combined with a smaller supply of physicians, we hit an economic brick wall known as the law of supply-and-demand.

We can certainly import doctors from other countries, many lacking English language fluency or US-level medical training. Physician extenders can take the place of physicians but what does that do to quality?

Or we institute the dreaded R-word, rationing, which by definition means, "An artificial control on the distribution of scarce resources." In medicine, this means waitlists for elective surgery, specialist treatment, imaging, and even routine care.

Just look at other countries with single-payer schemes such as New Zealand, Canada, and the UK. In Canada, patients wait on average five months from GP referral to specialist treatment. Not so good if your kidneys are failing, you have diabetic retinopathy, or any other medical condition that doesn't keep well after five months of waiting.

Expect a BernieCare formulary with many of the new drugs, including expensive biologics, not covered or so restricted that they might as well not exist. How eager will Big Pharma be to develop a new drug for macular degeneration or migraines if their billion dollars plus investment can't be recouped when the drug is not covered under BernieCare?

What happens to Medicare patients, those who have paid into the system for their entire working careers, expecting a level of benefits upon reaching age 65? Medicare is not an entitlement, like Medicaid or food stamps, but more of a forced savings plan with defined benefits. BernieCare would take that all away, going from good insurance to something worse than Medicaid.

Physicians suffer on both ends, as providers and as patients. Those few with the means can arrange to pay cash for private care. For the rest it's a rapid descent to Venezuela, one clinic visit at a time.

If this is a pivotal election issue, let BernieCare's proponents explain how it will work and be financed, rather than passing it into law and waiting to find out what's in it.