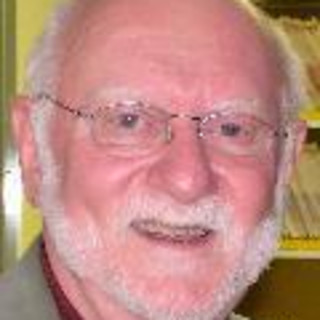 I remember staring at and touching the opened chest of one of the cadavers in our large anatomy lab in medical school in the fall of 1961. There were always surprises when various parts of the bodies and body cavities were opened by any of the quartet of eager students at each table, the room still hot and smelly in late September. By then, the grossness and revile had passed in that already century-old building in Center City Philadelphia. Most of us were snacking on lunch, as if at a large grotesque picnic, as we proceeded with the routine dissections of the day.

Periodically, there was a commotion at any random table as various pathologies were uncovered that explained the likely demise of the poor souls whose bodies had been so graciously donated for our first-year anatomy lab.

One day, I was one of many that were beckoned over to see a form of pathology in the chest cavity of one of our dead partners-in-learning. We were told that we wouldn’t see this finding very often and that even if we became chest or heart specialists, we might not see this extensive of a finding over many years. This gentleman’s heart was entirely sealed over by a very thickened membrane that seemed to encapsulate that heart like a tight mitten around the entire organ. It was dark purple all around and the instructors were explaining how something had caused a large bleed inside the pericardium, the structural sac in which all our hearts quietly beat and maintain their integrity.

They explained that so much blood accumulating in this pericardial sac would put so much pressure on the heart muscle itself that it could quickly lead to a cascade of events that could result in total body shut down and death.

What had it been like for him to go through that? What was the human experience of having such a cataclysmic event occur? Did it happen in his sleep? Had he suffered long? What were the events, if any, to try to save his life? Had there been time to even do anything? My guess is that there must have been a bit of a shudder in some of us just trying to make any sense out of that. We went back to our own tables and carried on.

Fast forward 56 years to New Year’s morning and heading for breakfast. I parked the car and immediately tripped on a curb, falling forward in slow motion with an outstretched left arm into the dirt and concrete sidewalk. I certainly was stunned and knew that I had hurt my upper left arm and shoulder, but had I hit my chest wall as well? I really can’t be sure that I remember doing that, but I certainly might have.

Several weeks later I began having very disturbing sub-sternal chest pain. I had never had this type of pain before and I literally couldn’t figure out if it was coming from my esophagus, my lung, or my heart, so with an abundance of caution, we headed off to the ER. I was admitted to cardiology service and over the course of the next several days had every possible cardiac test, and to everyone’s surprise, I had no heart disease. My heart muscle was strong with great ejection fraction and no sign of a current heart attack. The stress test was normal and further invasive tests were not necessary.

The monitoring, however, had shown that there were periods of atrial fibrillation which I had never been diagnosed with before. My cardiologist went over stroke prevention with the various options of anticoagulant therapies. We chose one of the “new” drugs so that I wouldn’t have to have regular blood monitoring, but the “downside” of that drug at that time was that there was no antidote for the anticoagulation and that it had to wear off over 24-36 hours after taking the last dose.

Less than a week later I couldn’t walk five steps without becoming short of breath and feeling faint. My hemoglobin had dropped several points in the past week and my creatinine level was rising at a rapid rate. The cardiologist admitted me, and I was shortly transferred to ICU for more intense monitoring. I was asked when my last dose of anticoagulant medication had been and said it had only been a few hours earlier.

Near midnight on that Friday night I was reminded that since it was only 12 hours since my last dose of anticoagulant, caution would be needed at least until the next day to do any invasive procedures. There was still no definitive diagnosis of why all of this was happening. My exhausted wife was sent home to get some rest. She was told they would call her if anything changed.

Very soon thereafter, everything did change. The resident/fellow who oversaw my monitoring and fluid and medication management came by my bedside around 2 a.m. with an ultrasound machine. He needed to observe my vena cava to see whether I could withstand more IV fluids and while he was doing so, I could hear and sense he was seeing more than what he had expected. He looked more closely, and I believe I remember him saying something to the effect of, “There is accumulating fluid building up around your heart.” In a microsecond, my midbrain took me back to that anatomy class 55 years before. I whispered, “cardiac tamponade.” He nodded his head.

Diagnosis made, action now needed to be taken, and quickly. The cascade of bad things that were simultaneously happening physiologically inside my body were now to be suddenly matched by a well-orchestrated symphony of good things cascading towards a therapeutic solution. The Cardiothoracic surgeon assessed situation and stated “There is a lot of blood around your heart. We need to get it out soon.” I remember tremulously signing two papers consenting to saving my life.

They would have to start the surgical incision in my chest with just local anesthesia and sedation because of the danger of balancing all systems when a heart is suddenly relieved of all that pressure.

The bed began to roll, my wife just able to touch my head from behind as she said “I love you.” This part we discussed a few days later and she told me she remembered realizing at that moment that she might not see me alive again.

I was told the surgery lasted about 90 minutes and that somewhere between 1300 and 1500 cc of blood had been suctioned from my pericardium. It was the largest amount anyone could remember with cardiac tamponade. My research later found that anything above 600 cc of fluid or blood is at the danger level. I wondered how much blood was around the heart of that male cadaver in 1961.

I then managed to pull off a nice recovery for a 77-year-old guy.

The bottom line is that I have been awarded more time than that poor dead man in anatomy lab was able to have. How would he have used that time? Impossible to know — but more importantly — how will I utilize whatever time is left over for me?

Every doctor somewhere along the way hears the old saying that when you hear hoofbeats in the middle of America, don’t think zebras as your first thought. This means don’t think of the least likely cause of what you are trying to diagnose until you have ruled out the more obvious causes. In this case, I WAS the zebra!

My role models and professors in my training 50 years ago did not have the advantage of ultrasound, MRI, CT scan, and many other diagnostic and therapeutic techniques – yet they were incredibly good diagnosticians and surgeons. A half-century later, it took a resident/fellow at the bedside doing his hands-on assessment and going the full measure of his observational skills to finally make the diagnosis which saved my life.

Dr. Echenberg is a practicing Board Certified Ob/Gyn specializing in chronic pelvic, genital and sexual pain disorders for the past 18 years. He has his own private practice and sees patients from around the world. His website is www.TheEchenbergInstitute.com.