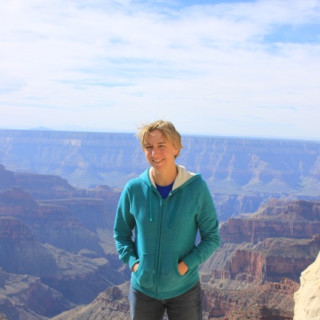 My job is a breeding ground for the imposter syndrome. Ok, so it isn’t really a syndrome, but that sounds better than “imposter phenomenon.”

I work at a rural hospital, where almost all of us our family physicians. Out of necessity, we do it all. We see patients in clinic, round on inpatients, deliver babies, manage the emergency room. It is challenging to do well what a primary care doc, an ER doc, an OB, and a hospitalist in an urban setting do well on their own. Despite the challenges, we deliver good care. That doesn’t mean we don’t second guess ourselves.

Like many female physicians, especially early-career women in medicine, my first few years were haunted by that unsettling feeling that I was unprepared, not smart enough, or just not up to the job. Then there was that creeping suspicion that not only was I not good enough, but that soon enough I’d say or do something stupid enough that everyone would find out. Turns out, I wasn’t alone.

The imposter syndrome has been widely studied and is a recognized phenomenon among professional women (and, less commonly, men). These studies show men tend to overestimate their abilities compared to their peers, and women tend to underestimate. Women also take less credit for their success, claiming the help of others or luck as the reason for their success. The result? People, mostly women, who wrongly feel like they are not good enough at their job and will soon be discovered as imposters.

Here are a few things I’ve learned in my journey from “imposter” to excellent physician:

It isn’t just us. At first, I thought I was the only one who felt like an imposter. Then, I realized this is common among especially early-career female physicians. Still, I thought this was just a doctor thing. Until I read Facebook COO Sheryl Sandberg’s “Lean In” and realized the imposter syndrome affects women in all line of work. Not even Silicon Valley executives are exempt.

It isn’t all in your head. The patient assumes you’re the nurse and asks to see the doctor — again. Co-workers call you by your first name and your male colleagues by “Doctor”. With the many subtle ways others doubt the authority and efficacy of female physicians, is it any wonder we start to doubt ourselves?

It isn’t all bad. We’ve all seen physicians stride confidently off in the completely wrong direction. Medicine is hard and maintaining humility, curiosity, and a mind open to other perspectives makes for better medical care. Sometimes, second guessing ourselves means thinking things through one more time and catching a mistake we otherwise might have missed.

It is some bad. My less-cautious, more-confidant colleagues (mostly male) are often the one we go to for questions. They are the first to be called in an emergency or when someone needs an extra hand. This is self-perpetuating, because they then gain more experience in the areas that make the rest of us uncomfortable, and we’re even more likely to go to them next time. A few years down the line, the “expert” isn’t the doc that came in with more interest or ability, but the one who exuded the most confidence.

It isn’t true. Cue the JAMA Internal Medicine study: Medicare patients treated by female physicians were less likely to die or be re-admitted than those treated by male physicians. We can’t all be imposters.

It gets better. After eight years in practice, I’m no longer waiting to be caught as a fraud. It turns out, I’m a good doctor. For anyone wondering if they really know what they are doing or just haven’t been found out yet — press through. It gets better.

Val Wangler, MD is a family physician living and working on the Zuni Reservation in rural New Mexico. Her interests include climate change and health, Native American health, and hiking the mesas with her amazing wife and three dogs.