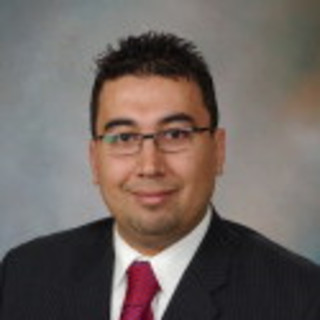 Doximity: What are the key takeaways from your ASH presentation?

Al-Kali: I presented our final results of a phase 2 study combining a drug called Nilotinib with the standard chemotherapy 7+3 in patients with acute myeloid leukemia who overexpressed CD117 or KIT. We showed that the response rate was comparable. The relapse rate was very low. In fact, in the transplanted patients, we had only 1 out of 13 patients relapse, indicating that this group mainly benefited the most from this therapy.

Doximity: What are some future directions that you are excited about in your research and in the field in general?

Al-Kali: We're currently trying to understand and analyze more to figure out why the transplanted patients do the best and try to figure out how do we plan the next study. We have right now a lot of studies talking about precision medicine, targeted medicine, individual medicine—I think that’s going to be very exciting for the next few years.

Leukemia has been a very tough disease, but right now we have gained a lot of approvals by the FDA. In fact, in the last two weeks, three drugs were approved by the FDA—two of them I think they will change the practice, specifically Venetoclax in patients with elderly AML unfit for chemo, and definitely gilteritinib, which is the first FLT3 inhibitor for relapsed refractory AML. These drugs are approved for everybody, but I think they will be of extreme benefit for patients who are unfit for aggressive chemotherapy, and I do think that that will prolong survival for them. The future is to try to understand how can we use those drugs to the best of its efficacy. This data was based mainly on single agent in the case of FLP3 inhibitors and in combination for Venetoclax plus multiple backbone treatments.

What we have seen in this meeting are several studies trying to tell us which way is the best way of combining these drugs—how do we use them? In fact, some of the studies presented today are about post-transplant maintenance with potentially practice-changing information. I also want to talk about the very important study that was presented in the plenary session, which was abstract 1 using Luspatercept in low-risk MDS. This is a new drug of its class, potentially to be approved in the next few months for patients with low-risk MDS requiring transfusion.

Doximity: In light of the new therapies changing the Oncology landscape, some say that we may be reaching an era in which we can do away with chemotherapy altogether.

Al-Kali: Sure, that's definitely a very important question for now. In the past, we didn't

have a lot of drugs. Right now we have several drugs approved. In fact, one of the important studies that was also presented in the plenary session was non-chemotherapy versus a standard chemotherapy in patients with chronic lymphocytic leukemia who are fit for chemotherapy. This study showed that, in fact, the non-chemotherapy arm did better in terms of delaying relapse and less relapse than the standard regimen used in that study which is Bendamustine and Rituximab. I do think that now we are talking about several diseases that might be treated without chemotherapy. We all know that acute lymphocytic leukemia is one of the first leukemias, acute leukemias, to be treated without chemotherapy. Now CLL could be a second one that could be also going that way. I think also we need to know: should we wait on using target therapy or use them in the beginning? Most of the drugs approved were approved for relapsed AML. Several states today we're talking about combining those drugs to the standard front-line induction, showing very exciting response rate and maybe more patients going to transplant and remission. I think in the next few years we're going to spend a lot of time trying to figure out which way to use those drugs and how early versus how late, and what is the right dosing. In fact also other things is to talk about side effects, and some of the data was talking about late side effects. For example, post-approval data for a drug called itacitinib and I think that's also important to know that we should be vigilant about these side effects and try to treat it as early as possible.