And 5, 6, 7, STAT: When a Dermatologist Writes a Musical About Med School

It’s never too late to do something new.

That should be the life motto of Dr. Michael Ehrenreich, for whom medicine is a second career.

His first was as an investment banker, where he worked with biotechnology and medical device investing. Medical school and practicing medicine was always “the road not taken,” so he made the jump to pursue dermatology as his second career.

Dr. Ehrenreich has dipped his feet into the world of inventions as well, inventing a bike-stroller, called Zigo, for his wife who wanted to exercise when their eldest son was born. He also created a board game for kids to show them how to turn an idea into a product.

“I’m the type of person who does things instead of just talks about them,” Dr. Ehrenreich says.

Because doing all that wasn’t enough, he decided to pull on his musical background as well to write a musical about medical school.

“In medical school I would joke around with my wife that medicine would make a good musical,” he says. And while the general public might not be interested in a student’s journey through exams, rotations, and study groups, he disagrees. “Anyone in the world can relate to wanting something and working hard.”

Dr. Ehrenreich played clarinet as a kid and added guitar and piano to his musical repertoire as an adult. He knows the years of work that can go into mastering music. But, he got lucky when it came to penning the entirety of the show, writing half of it in just a week and finishing it in three months. “When it comes, it comes,” he says of his musical muse.

After it was written and finished, the hard part came: deciding what to do with it and how. While he has been around medicine-related technology for most of his career, it’s an entirely new venture to start a musical on its path to production. He found success when he got in touch with a director and a stage manager. They put on a reading of the work and recorded it for their kickstarter page.

Dr. Ehrenreich says the musical has been compared to A Chorus Line, a story in which cast members are hoping to get a part in a theatrical production. The approach resonates with medical students, who are hoping to match into a residency, and it adds a dramatic touch to the bright production.

“There is inherent drama in any activity where the actors have a tremendous drive to achieve something,” says Dr. Ehrenreich. “Getting into, through, and graduating medical school is a competitive and winnowing process.”

And while it may be comparable to real life, it’s of course not a perfect portrayal of the actual plight of students.

“Anytime you’re producing a reality where the people step back and start singing, it’s not expected to be realistic,” he says.

Yet, there is real application for the joy of art. At the front and center of the medical stage is burnout. While some physicians might be tempted to try a different role, Dr. Ehrenreich says moving or quitting jobs may not help to find balance in life again. Dr. Ehrenreich is glad he made a career switch, but he cautions against thinking job hopping will instantly solve your problems.

“It’s always easy to image a life better than the one that you have,” he says. “Satisfaction may not necessarily be found in the job itself. If you’re not satisfied as a doctor and you feel the need to move, you might not be satisfied going into investments or insurance or whatever it is that you’re going to do.

“You have to be a happy person.” Whether being happy for you means reading, dancing, or breaking into song.

Update: This musical will run for 14 performances in November 2018. Tickets are available here.

Read My Father's Cancer Makes Me Sure Prevention Is the Cure 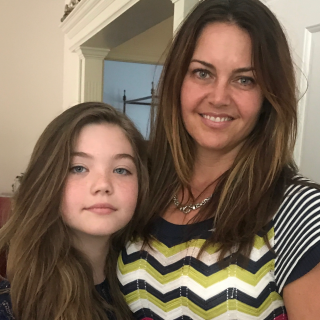 My Father's Cancer Makes Me Sure Prevention Is the Cure

May 22, 2018 Link to My Father's Cancer Makes Me Sure Prevention Is the Cure

Read Creativity in Medicine: A Burned Out Physician Turns to Art

Creativity in Medicine: A Burned Out Physician Turns to Art

Aug 3, 2017 Link to Creativity in Medicine: A Burned Out Physician Turns to Art

Read A Gradual Ascent From the Fog of Frustration in Family Medicine
Link to Melissa Kwak, MD's page

A Gradual Ascent From the Fog of Frustration in Family Medicine

Aug 15, 2019 Link to A Gradual Ascent From the Fog of Frustration in Family Medicine