Dr. Amit Majmudar is a diagnostic nuclear radiologist based in Columbus, Ohio. He is also an active poet and author, currently serving as Ohio’s first official Poet Laureate.

As a nuclear diagnostic radiologist, Dr. Amit Majmudar spends most of his days assessing medical scans and dictating patient reports from his office at Radiology, Incorporated. Following a day shift, he heads home to spend time with his wife and three children in the evening.

At first glance, this routine seems typical of any high-level radiologist in the field. However, for Majmudar, the day has barely begun. After everyone goes to sleep, he quickly retreats to his study, where he enters an entirely new world: literature.

Along with being a board-certified physician, Majmudar is also the official Poet Laureate of Ohio and a seasoned published author. To date, he has published three volumes of poetry, two novels, and numerous articles and essays on topics ranging from his Indian heritage to death and illness.

Since being named Poet Laureate in December of 2015, Majmudar has engaged in statewide public appearances, performances, and speeches in the hopes of increasing the prevalence and awareness of poetry throughout Ohio. As his next major project, he is tasked with composing the state’s official poem, which he plans to begin later this year.

When asked how he balances his life as a physician with his career in writing, he mentions that he “streamlines his life” by focusing solely on high-priority subjects, namely family, work, literature, and fitness, while foregoing activities such as watching television.

“I feel most alive when [I write],” he stated. “I don’t feel right if I don’t do something literary in the day. […] I think at this point, it’s just become so much a part of my existence, my mind, my thinking, that it’s a part of my identity now.”

A.S.: Do you feel that your artistic side allows you to think more creatively as a physician?

A.M.: “With radiology, specifically, you don’t want to think too creatively, but you want to be very observant and to observe very precisely. A lot of creativity is actually observation, where you’re transfiguring your observations into something that feels fresh and new. So the commonality between [the arts and radiology] is this idea of observing closely. You can gain a lot from observing the world around you very closely as a writer and poet. But, when it comes to radiology, you have to observe the scan very closely. You have to be completely aware of the details and the relationship among the details in order to come to a diagnosis. So, that’s one way the two fields influence each other. It’s not necessarily creative thinking but more the practice of observation.”

AS: Do you feel that creativity affects the way physicians think and act in general?

AM: “I feel like we make certain assumptions about creative people. One of those assumptions is that a creative person is probably more empathetic and will therefore make a very good doctor, [but] I don’t think it’s necessarily a generalization we can make. Though from what I’ve seen in medical professionals, specifically those who are in tune with the arts, it usually goes hand in hand with a more empathetic personality. So maybe there is that angle to it. I think that’s mainly where creativity comes in.

AS: With such a big passion for literature and the arts, how did you make the decision to go into medicine?

AM: “A lot of that had to do with my family. Both of my parents and my single sibling are all doctors. It was just what I was around growing up. I didn’t really have a sense for what other people did for a living, if you can believe that. It certainly seemed like a good job — a respectable job, a way to become financially well off without having to sell your soul. And those are definitely factors that played into it. In retrospect, it was a pretty good decision, and I definitely don’t regret it.”

AS: What advice do you have for aspiring or young physicians who are also interested in the arts?

AM: “Perseverance and just never letting it go. Never allow the demands of the profession to overwhelm or drum [the arts] out of you. Hold onto it and stick with it. You can gain success; you just have to have perseverance and constantly prove that you do. Just like you try and become a better doctor every day that you practice, you should […] try and become a better writer, painter, musician, or whatever every day that you’re doing it. And then, you can definitely accomplish what you want to accomplish in both fields.”

This article first appeared as a part of the Creativity in Medicine Series in Doximity's Op-(m)ed, a collection of articles contributed by Doximity members. If you'd like to contribute an original article for consideration for Op-(m)ed, please email opmed@doximity.com.

Apr 19, 2019 Link to Stories Can Help Us Reconnect to the Core Of Why We Practice Medicine 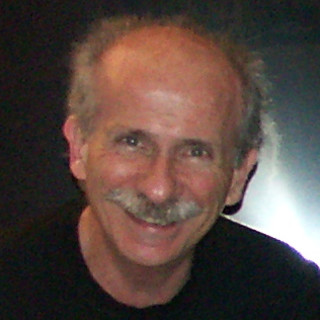 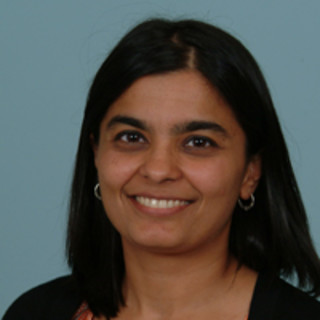