AHA Had Science, Data, and Puppies

At the American Heart Association's Scientific Sessions in Philadelphia, there was a plethora of science, networking, and puppies.

After Circulation announced data that showed the association of dog ownership with a better outcome after a cardiovascular event, dog owners everywhere rejoiced. The American Heart Association has taken it one step further, inviting furry friends to the Sessions.

Did you know there was a puppy snuggle zone at this year's Scientific Sessions? #AHA19 Recent studies have shown dog ownership is associated with longer life, especially among heart attack and stroke survivors. https://t.co/HcKj7wRrbQ pic.twitter.com/aNJUaGvEIq

Needless to say, it was a popular fixture. Attendees took to Twitter to show off the furry friends.

It turns out we have PUPPIES AT #AHA19 ! If this isn’t the best event, I don’t know which is... #phdlife #aha2019 @AHAMeetings @AcademicChatter #AcademicTwitter pic.twitter.com/BeCdsq77Qc

I have a new conference fave: the Puppy Snuggle Zone. #AHA19 pic.twitter.com/YaxFqkdPXN

Fitting to have one’s heart stolen at #AHA19 — thanks for the puppy break @MorrisAnimal !! pic.twitter.com/4W9criqnde

But attendees didn’t forget that they were there for science, drawing comparisons between puppy therapy and some of the data announced at the meeting.

If I'm not mistaken, one of these puppies (up for adoption through @MorrisAnimal!) is named PCI and the other OMT. #AHA19 #ISCHEMIA pic.twitter.com/kgpRO9g3mF

But the conference didn’t just have puppies. It had on-site childcare…

AHA’s Scientific Sessions are already amazing due to cutting-edge science, networking opportunities, and the overall positive energy. This year, they topped it by providing childcare and... a puppy snuggle zone (PSZ)!! Evidence-based to reduce blood pressure and HR! ❤️ #AHA19 pic.twitter.com/YFD0IwDSnc

… and a Hamilton performance.

For those that missed it - puppy therapy has been overshadowed... #Hamilton at #AHA19 pic.twitter.com/hqtH2vH4X8

Some attendees were conflicted because the puppy appearance was sponsored by Amgen, and it was a lot of stimulation for the young dogs.

I have so many conflicting thoughts about the puppy snuggle zone at #AHA19. 1) Genius marketing move by @Amgen. 2) SO bizarre that CME conferences have come to this. 3) I LOVE puppies! 4) Are the puppies ok? This seems unfair to the puppies. Someone help me figure this out!! pic.twitter.com/3ecbrxYB2w

But others maintained it was something to brag about.

Does your conference have puppies? Ours does... #AHA19 ❤️ I’m pretty sure this is good for heart health right? pic.twitter.com/Jsnm7ZB0jV

And, unsurprisingly, Twitter users in other specialties want to spot puppies at their next medical conference, too.

Attention, nephrologists! We need puppies at #KidneyWk! #AHA19 is going to be awesome because of this (and the science, but come on, puppies!!) 🐶🐶👇🏽👇🏾 https://t.co/CNYsgmxr2g

Who knows what next year’s AHA conference will have!

Read From Art to VR: A Physician’s Creative Approach to Anesthesia

From Art to VR: A Physician’s Creative Approach to Anesthesia

Sep 11, 2017 Link to From Art to VR: A Physician’s Creative Approach to Anesthesia 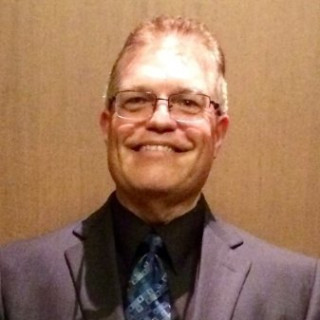