AFib: Time for a Paradigm Shift in Management

Over the last decade, the role of catheter ablation has shifted towards a more favorable approach in AFib management. It has become the most effective rhythm control strategy in patients with symptomatic AFib. Currently, pharmacological therapy by the use of either rate controlling drugs or antiarrhythmic drugs (AAD) is the backbone of AFib management; the chronicity of AFib has a significant role in choosing the optimal management strategy. Rhythm control strategy is most effective early on in the AFib disease process in an attempt to halt atrial remodeling. Dr. Russo highlighted the importance of early rhythm control in patients with AFib by discussing EAST-AFNET 4 that was recently published. Their findings demonstrated that early rhythm therapy was associated with lower risk of adverse cardiovascular outcomes [1].

According to the AHA/ACC/HRS guidelines, it is a class I recommendation for catheter ablation in patients with paroxysmal AFib who have failed at least one AAD and a class IIA recommendation for catheter ablation in patients with paroxysmal AFib without prior AAD use [2,3]. Catheter ablation results in improvement of symptoms, quality of life, and reduction in cardiovascular hospitalization or risk of death in patients with AFib [4-6]. Success of ablation is usually assessed by either the time to recurrence of AFib [7-9] or by AFib burden [10]. They have been proven to be superior to AADs in time to recurrence of AFib [11-14]. Patients who are on AAD therapy have high rates of AFib recurrence, whereby it is estimated that 50% of patients treated with AAD remain in sinus rhythm after one year [15,16]. Dr. Russo also mentioned that AAD has negative side effects (including negative inotropic effect) as well as reduced adherence due to intolerance. On the other hand, Dr. Wright stated that catheter ablation is superior to AAD in maintaining sinus rhythm and improving quality of life in both paroxysmal and persistent AFib. STOP AF investigators showed that in symptomatic AFib patients with drug-refractory AFib had 69.9% of success rate when treated with pulmonary vein isolation as compared with only 7.3% of success rate when treated with AAD at 12 months follow up [17]. Similarly, as stated by Dr. Russo, the CABANA investigators showed that the time to recurrence of AFib in patients who received catheter ablation was reduced by 48% compared with drug therapy [5].

Even though there is enough evidence supporting the efficacy of catheter ablation, only 4–10% of drug refractory paroxysmal AFib patients are referred for catheter ablation [18-24]. This is because of the false perception that catheter ablation is technically a difficult procedure and performed only in tertiary care medical centers [25,26]. Dr. Gopinathannair discussed that multiple studies have shown catheter ablations are safer with advancements in electrophysiologic technology and with increase in operator experience [2,19]. In a recent single-center study, the rates of phrenic nerve palsy (0.04%), cardiac tamponade (0.18%), and major vascular complications (0.18%) were low [27].

Rhythm control is most effective early on with AFib diagnosis, and catheter ablation has shown to be more effective than AAD in rhythm control. Therefore, catheter ablation should be considered as a first line treatment in patients with symptomatic AFib. RAAFT-2 trial randomized patients with paroxysmal AF to either radiofrequency (RF) ablation or AAD therapy. The investigators demonstrated that patients in the RF group had significantly less atrial tachyarrhythmia events as compared to the AAD group (54.5% RF group vs 72.1% AAD group) at 2 year follow up [28].

Recently, investigators have suggested that diagnosis-to-ablation time (DTAT) is a predictor for AFib recurrence. Bunch et al. demonstrated that higher rates of heart failure hospitalization and mortality were associated with increase in DTAT [29]. Similarly, Kawaji et al. showed that shorter DTAT decreased incidence of cardiovascular hospitalizations and had greater arrhythmia freedom [30]. This further emphasizes the importance of early intervention in patients with AFib.

As catheter ablation has become an extremely effective and safe therapy, it should be considered as a first line therapy especially early in the course of the disease diagnosis.

15. Hanley CM, Esberg D, Kowey PR. Ablation versus drugs: what is the best first-line therapy for paroxysmal atrial fibrillation? Antiarrhythmic drugs are outmoded and catheter ablation should be the first-line option for all patients with paroxysmal atrial fibrillation: con. Circ Arrhythm Electrophysiol. 2014;7(4):747-54. doi:10.1161/circep.113.001281.

Read Trust Your Brain, You’ve Got a Good One 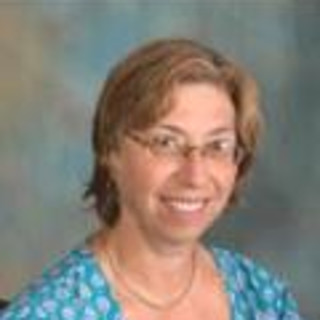 Trust Your Brain, You’ve Got a Good One

Don’t Quit Your Medical Career Without Reading This

May 16, 2019 Link to Don’t Quit Your Medical Career Without Reading This

What Makes the Psych Congress Different Than Other Psychiatry Conferences

Sep 21, 2020 Link to What Makes the Psych Congress Different Than Other Psychiatry Conferences