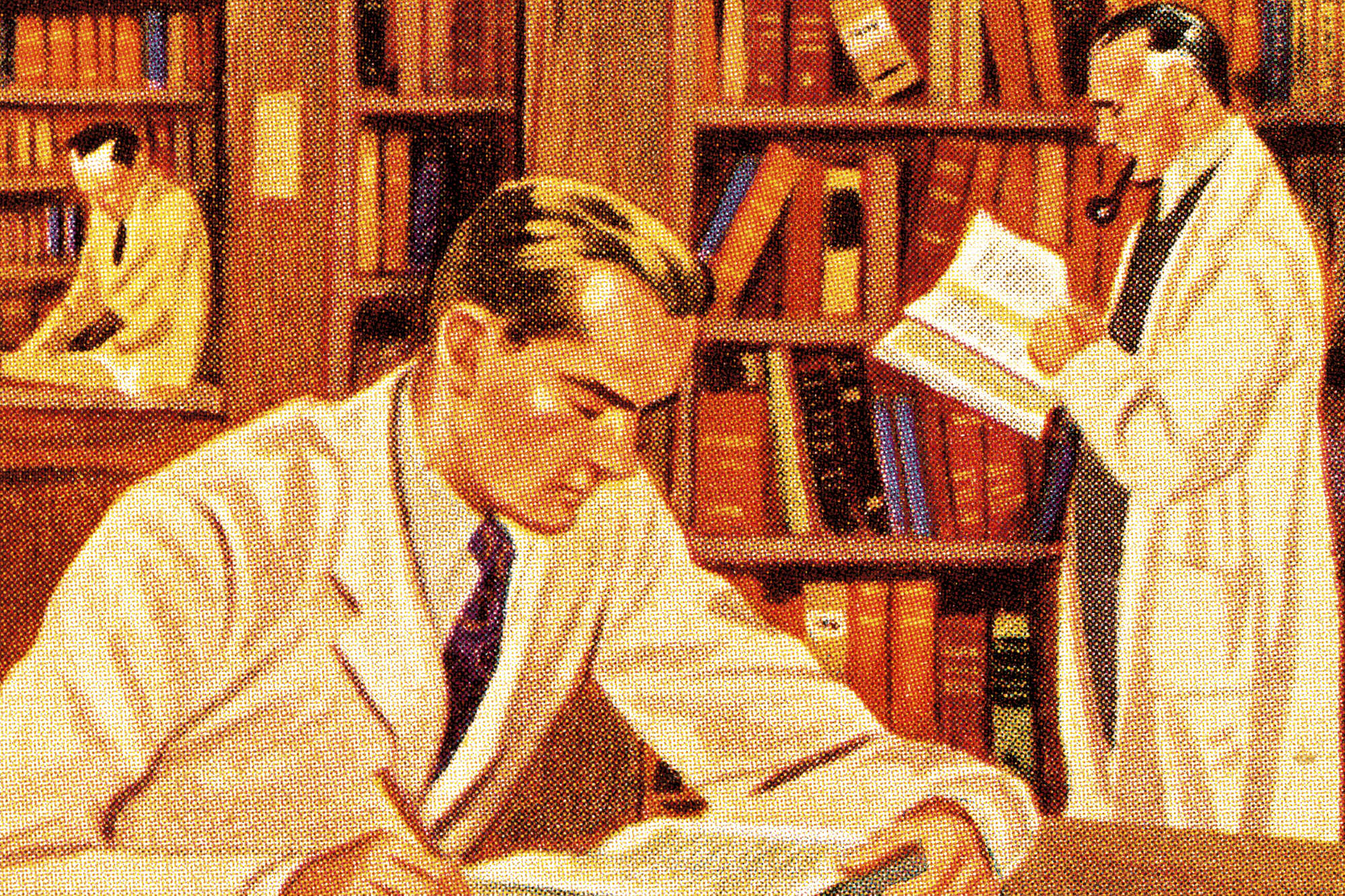 I am stealing this title from an essay written decades ago by the late Dr. Robert G. Petersdorf. Dr. Petersdorf was a doctor’s doctor and an academician’s academician. His biography is legendary.

His description of the academician prior to 1980 is as out of date as a Persimmon golf club:

"The academician of the past was white, male and independently wealthy; trained in numerous places for many years; that his training included the basic sciences of the day, pathology, microbiology, physiology and biochemistry…research was carried out on a small scale and was supported...by private philanthropy. There was no competition for dollars...academic departments were small and collegial, and life was more like that of a professor of English. There was a leisurely lunch followed by billiards or bridge. There was scientific conversation over tea."

The academician of the age of gentility had to be independently wealthy or “he couldn’t afford academe in the first place.”

Things are much different and better today. Our hospitals and medical schools are a diverse egalitarian meritocracy, uninfluenced by race, religion or gender, and would be unrecognizable by the academicians of yesteryear. I am not suggesting even remotely that the clock be turned back. Our profession has embraced and made into reality the concept of America as a “melting pot,” and it makes me proud.

If only wealthy men could become physicians most of the best and the brightest would not have a chance and our profession would suffer.

Early in my career I was exposed to the academician of which Dr. Petersdorf writes. Although they were quite old, they had an aristocratic charm about them, worldly, and fiercely independent. I was impressed with their breadth of knowledge both external and of medicine. They could speak Latin, and some could read ancient Greek.

They seemed to have a reverence, love, and respect for their profession. “Burnout” was not in their lexicon.

Despite maximum funding our results seem to pale.

I discovered that Dr. Thomas Addis did comprehensive work on protein restriction and renal disease in the 1920s. (We have re-invented that wheel at great expense, rather than look at his data.)

Why does insulin cost so much since it was discovered 90 years ago?

In his essay from 1981 Dr. Petersdorf stated, “the quality of academic medicine has changed for the worse.” He said that patient care has become less satisfying, more “bureaucratized” and that “we stamp, initial, and sign notes for the sake of complying with regulations.”

If he could witness what physicians go through now, he would not believe it, and then when learning of its truth, would be outraged. The cliché “spin in his grave,” fits.

I would have been interested in his opinion concerning the recent events from the University of North Carolina. The New York Times reported of the excess number of deaths in their pediatric heart surgery program. The chief of pediatric cardiology is quoted as saying, “we are in a crisis and everyone is aware of that.”

The poor outcomes were known for three to four years and internal investigations went nowhere.

The mortality statistics were kept from the referring cardiologists and when the data was obtained it revealed that the pediatric cardiac surgery program was among the worst in the nation. The state had to shut the program down.

Statistics are cold and don’t reveal the suffering.

Physicians spoke on condition of anonymity for fear of retaliation.

The concerned cardiologists were told to do what your conscience says but were warned that performing fewer surgeries could cost the cardiologists their jobs because of reduced revenue.

Of course, the hospital system backed their program and said the concerned physicians were a “dysfunctional group.”

What I am pondering is would any of those old professors be intimidated by the admonition of the head of their department? To one of independent means any threats to one’s livelihood would be trivial. Would they have remained silent and allowed the suffering of the children?

The academicians of North Carolina sadden me, but I suspect are not unique. The times have changed. Pecuniary interests infect health care. If you attend a conference now, the professors speaking have a list of sponsors that would make a NASCAR driver envious.

The physicians of an earlier time had the luxury of financial independence. I would have been interested in their view of diagnosis related groups (DRGs), meaningful use, prior authorization, and admission criteria. They wrote elegantly and legibly with Mount Blanc fountain pens quoting the medical literature in their consults. They invented evidence- based medicine.

I believe they would have rebelled against the EMR and its homogenization of medicine.

Financially independent physicians are a thing of the past. Medical school debt is an oppressive reality.

It is the lack of independence that compromises.

Our medical institutions need to develop a system whereby doctors are morally and ethically independent, if not financially.

The professors at UNC complained at their own risk.

For every successful physician who defends humanity I suspect there are hundreds of ruined careers. Messengers are often shot even it one tries to remedy a situation internally.

There will always be a few brave souls.

Solution? I don’t think a physician’s union is a good idea but perhaps a return to the much-maligned fee-for-service reimbursement option is the lesser of evils. The concept of a salaried physician working only for the benefit of the patient is the ideal, but another omnipotent player, of a different origin and purpose, has entered the mix.

Fee-for-service as opposed to obtaining a salary from a health care business could help to restore ethical independence unfettered by the fear of retaliation. There would need to be courageous buy in from the AMA, ACP, Colleges of Surgery, Obstetrics, et al.

There is too much money backing the status quo and too much fear to oppose it.

It would take a revolution and it won’t be televised. It will be on the Internet.

Dr. Olaf Kroneman is a nephrologist at the Southeast Michigan Kidney Center. He graduated from the Michigan State University College of Human Medicine, interned at the Mayo Clinic in Rochester, Minnesota, then attended the University of Virginia to complete a residency in internal medicine. He completed a fellowship in nephrology at Massachusetts General Hospital and Harvard Medical School. His work has appeared in literary magazines. Dr. Kroneman is a 2018–2019 Doximity Author.