A Number of Options Available for Fast Acute Stroke Therapy 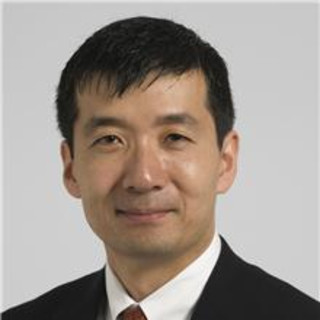 At the International Stroke Conference in Los Angeles, two important clinical trial results in ischemic stroke therapy were confirmatory, but there was one surprise for an old drug. Acute endovascular therapy for ischemic stroke is no longer time bound by time (or at least up to 24 hours). Endovascular techniques are of direct clot aspiration is equivalent in efficacy to stent retrievers.

The surprise on an old drug isn’t alteplase (tPA), but rather, there is some positive news on tenecteplase (TNK).

NIH-funded DEFUSE3 trial tested the hypothesis that patients that core-perfusion mismatch using MR or CT perfusion imaging can select patients that benefit from late endovascular reperfusion therapy up to 16 hours among anterior circulation (intracranial internal carotid or first segment middle artery occlusions). The study was halted in spring of 2017 due to similarly-designed DAWN study was stopped for overwhelming efficacy. 182 patients were randomized after imaging selection to immediate endovascular treatment or conservative medical treatment. Median time to randomization was slightly short of 11 hours. Expected for this type of stroke patients with large artery occlusion, median NIH Stroke Scale score was 16. Comparable to contemporary studies, good recanalization (Thrombolysis in Cerebral Ischemia (TICI) grade 2b or better) was achieved in 76% in the endovascular group.

DEFUSE 3 study confirmed DAWN study of similar design (endovascular therapy 6–24 hours after onset with small core infarct on pre-treatment imaging). It is assuring to have not just industry funded but publically funded study showing similar results. It is also nice to see tax payer money being put to good research with good return (and saved money from halting early). Now with two randomized clinical trial evidence, the guidelines have immediately changed and we must implement systems of care to deliver the important therapy to as many patients as possible. While the trial evidence and guidelines still restrict to 24 hours, one can think about practical implementation with imaging selection regardless of hours after onset or age.

Another confirmatory result came from the COMPASS trial that compared stent retriever to aspiration first pass technique (ADAPT). Stent retriever has been available since 2012 in the US, and its efficacy in improving acute stroke reperfusion and outcome has been proven with numerous randomized clinical trials since 2014. ADAPT was first reported in 2013 using new small flexible catheters that can directly access intracranial arteries and place suction without collapsing. In 2017 a randomized clinical trial in France reported noninferiority of ADAPT to stent retriever in good recanalization (TICI 2b or better) and functional outcome at 3 months. COMPASS study also showed similar outcomes and recanalization efficacy. COMPASS showed slightly faster time to good recanalization by 10 minutes. Now endovascular proceduralists have evidence-based options of techniques, not just options in catheters.

But intravenous thrombolysis isn’t going away. While some may argue to go just for primary endovascular therapy for large artery occlusions, rather than intravenous altepalse first, Australian-New Zealand study EXTEND-IA TNK compared tenecteplase (TNK) to alteplase before acute endovascular therapy. I am impressed by the ability of these investigators to randomize and provide the investigational drug (TNK isn’t approved for ischemic stroke use by regulatory agencies anywhere) in the tight time window before endovascular therapy. Two hundred two patients were randomized and received either TNK or tPA at median around 130 minutes and from bolus to arterial puncture at median 42 minutes. 10% in the tPA group had good reperfusion by the time angiogram was done. 22% in the TNK group had good reperfusion, a doubling of early reperfusion! The remaining patients with occlusion at initial angiography underwent standard endovascular therapy. But this higher rate of early reperfusion appears to have translated to odds ratio of 1.7 of TNK group overall doing better in functional outcome at 90 day days. All these values were statistically significant.

I am not convinced that this small TNK trial of 202 patients should change practice (certainly not FDA approval). The EXTEND-IA TNK results came as a surprise after abandonment of NIH-funded dose ranging study in US in the 2000s, neutral results of NORTEST study that directly compared TNK at a higher dose to alteplase among over 1000 patients in Norway. Now improving thrombolysis holds promise and the translation of better early reperfusion rate into measurable clinical outcome benefit confirms the importance of thrombolysis before endovascular therapy.

While people continue to report at these conference various ways to improve acute stroke systems of care in fast delivery of thrombolytic and endovascular therapy, I encourage you (if you are involved in stroke care) to innovate and improve your local system of care whether that is stroke recognition, pre-hospital triage (do we bring directly to comprehensive stroke center?), emergency department efficiency (door to imaging time, door to door out time), imaging selection (what is the minimum necessary and fast?), or speed of the stroke team (when do we activate the team?).