A Male Ob/Gyn in a Woman’s World

Gender disparity in obstetrics and gynecology has been a ubiquitous area of contention. Historically, the ob/gyn practice was dominated by men, but today there is an intensifying shift towards more women entering the field. According to the Association of American Medical Colleges (AAMC) 2015 report, women make up 85% of residents in ob/gyn.

It makes sense why male gynecologists are discouraged from entering ob/gyn: males are more prone to malpractice lawsuits, patients often prefer fellow women out of comfort, and some religious and cultural beliefs condemn having a male gynecologist. As a woman in medicine, I encourage female patients with personal reservations to reconsider. Through my experiences as a medical student on the ob/gyn rotation, I’ve become a huge proponent of male gynecologists. So, what do men know about babies, vaginas, and uteri, you may ask? A fund(us) of knowledge, actually.

During my first gynecological procedure, I assisted with a hysteroscopy and treatment of intrauterine adhesions. A hysteroscopy is a procedure that inserts a scope through the cervix and into the uterus for diagnostic or therapeutic purposes. The resident performed a paracervical nerve block, injections of local anesthetic into the cervix. The male attending explained that a paracervical nerve block can be used for multiple indications, such as outpatient procedures like IUD insertions. I was flabbergasted; I had recently received an IUD without anesthetics, and it was the most painful procedure I’ve ever experienced. The uterine contractions were so severe that I limped from the hospital to my car. For days, every pelvic movement initiated a sharp cramp from my uterus. And now my attending was telling me that there was an option to inhibit sensory pain fibers from firing?! According to my attending, more of his male colleagues provide paracervical blocks with IUD insertion than females.

That trend seemed jarring to me, especially since recent studies confirm that a lidocaine paracervical nerve block reduces pain during IUD insertion in young women. Shouldn’t female gynecologists be more sympathetic to patients’ pain, since they understand the hypersensitive and vulnerable nature of the female anatomy? Studies demonstrate that women report more severe levels of pain compared to men, yet are treated for pain less aggressively. Women are aware of this bias too; over 90% of women with chronic pain feel the healthcare system discriminates against female patients. To date, there are no studies illustrating that male gynecologists treat pain more aggressively, or are less likely to dismiss pain, when compared to their female counterparts. This made me wonder, are there sex-based provider biases in ob/gyn?

From personal observation, I believe that even though male providers cannot physically perceive a woman’s pain, it does not mean they are desensitized to it. Male gynecologists seem to have a heightened sensitivity toward patients and become more attuned to their concerns. Whereas a female multiparous provider may interpret a patient’s pain as contractions that normally accompany labor, a male provider is more cognizant of the pain, as it could indicate something more worrisome.

When I asked my female attendings for their rationale against using paracervical nerve blocks for IUD’s, they reported that pain associated with injections is worse than simply inserting the IUD. Since most of the discomfort occurs when the IUD hits the uterine fundus, a paracervical block would not benefit anyway. Lastly, there is no good data supporting paracervical blocks improve patient pain scores. However, a new study refutes this. Pain is indisputably a subjective measure and everyone’s threshold varies; in fact, studies demonstrate that nulliparous women perceive significantly worse pain and experience more difficulty with IUD insertion.

In clinic, I was taking care of a patient with her first term pregnancy. The patient claimed that she was in severe pain and asked if this is what labor will feel like. The male resident gently responded, “No, labor will be more intense. It will be bad, bad pain.” When we left the patient’s room, I teased the resident, playfully attacking him for his portrayal of labor. As I contemplate that patient encounter, I realize that I too have no idea what labor feels like. It’s unfair to delegitimize male gynecologists due to the accusation that they do not empathize with patients. After all, patients cannot assume their female gynecologist has also given birth, or received an abortion.

This extends beyond the field of ob/gyn. An oncologist without cancer and a cardiologist without heart disease can still be exemplary caregivers. We should not hold a double standard for male gynecologists. The ob/gyn specialty and patients could certainly benefit from attracting more males and minimizing the gender disparity.

More importantly, I’ve learned that empathy stems from the quality of the doctor, not his own medical experiences. The male resident I worked with is an incredibly skilled physician. His application of clinical knowledge is consistently supported by evidence-based medicine and personalized medicine. One of our patients was a young, healthy female with an uncomplicated pregnancy. It did not occur to me to prescribe her progesterone, but the resident explained that her past medical history of tubo-ovarian abscess and preterm births increase her risk for preterm labor. When another patient with ovarian cysts was perplexed as to why she should start oral contraception, the resident explained studies that demonstrate oral contraceptive pills would prevent the cysts from rupturing. In a field like ob/gyn, where there aren’t routine treatment algorithms for many clinical situations, meticulously reviewing the patient’s gynecological history, tailoring management to each individual, and applying evidence-based guidelines are crucial for an adept gynecologist. None of these skills are gender-dependent. 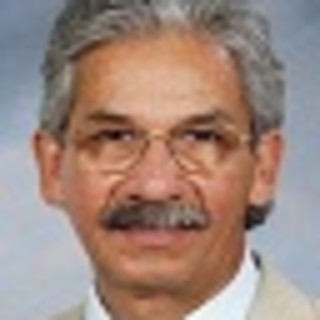 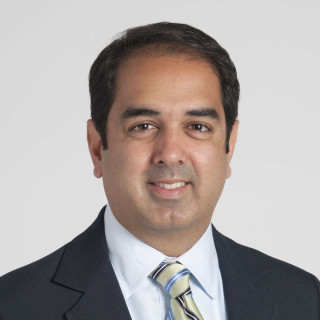