A Letter to the Program Director

“I’m sorry, I just don’t feel comfortable with that.” That’s what the senior resident on call told me.

“Ok.” I was trying to keep from screaming the profanity laden rant rolling through the back of my mind. “If you don’t want to accept them as an inpatient, I can send her to the outpatient clinic. She is stable. She has a PhD. I think she would manage. She would need a wound VAC change in a couple of days and then coverage when you guys feel the wound bed is ready.”

“It just seems like the patient would be better completing care with you, since you started taking care of her.”

“Look man. I’m not trying to dump this on you guys. But I’m not a plastic surgeon. I’ve done everything that should be reasonably done. Stabilization and serial debridements. She needs coverage of her soft tissue defect. This patient lives five blocks from your tertiary care center. She is hundreds of miles from home in the middle of nowhere.”

But he had already hung up.

I thought of all the problems with that conversation. The lack of accountability, the lack of a desire to be part of the solution, the lack of collegiality. So I decided to write a letter to the program director. With so much to say where was I to begin? I thought about it. It took a few tries. Here is what I came up with.

I remember when you sat us down on the first day. You said, “You are part of a proud tradition and you will not fail us. I don’t care where you came from. Here we just fix em’ all. You will too.”

You told us how not so long ago that we were the only hospital to treat teamsters and later Japanese and minorities. How if you were poor and went to other hospitals you were asked for money up front, you were scrutinized by a nun to determine whether you were fit for charity, or, more often than not, you were referred there. We were given a chance to be a small part of that tradition.

I remember that feeling. How after all the accolades and accomplishments of medical school, gowns, garbs, and diplomas, I hungered for the sense of being a part of something bigger. It felt like the only thing worth doing.

I remember the people. My co-residents have become friends for life. My mentors are surgeons I think of every time I nail a tibia, turn a screw, or pass a suture. But even more so, I remember the ICU nurses, the burn nurses, the guys who cleaned the blood off floors (and the walls, and sometimes the ceiling). The ones who had been there for years, rolling the stone up the hill, carrying water to the fire that was never put out. Doing those tasks with grace, skill, and poise, and many times, a smile. I wonder if they are still there. In my mind they are.

I remember the time we rolled down to the OR with a trauma code. I was sandwiched between an African American scrub tech and the Jewish attending surgeon as we ripped off the patient’s shirt to uncover a giant Swastika tattoo. No one blinked, no one hesitated. The work was done without speaking, without judging. At the end of it, the tattoo was closed back up like nothing had happened. We went and had coffee.

For two years I felt adequacy was all I could accomplish. And I sought nothing more. I always felt uncomfortable. But I paid attention, and even in my exhaustion, I read, studied, and practiced not to be the best but to be enough. In your office during those brief evaluations I was not seeking praise. I just wanted to know I had not disappointed you.

Sometimes after 36 hours of being awake I would intentionally stay up and drink beer on my porch. In that delirium I would wonder if there could be anything better. It was a simple life, and I was profoundly happy. Somehow in that time I met my wife who worked there too. Because she had the same values, I guess those things happen.

Thank you for that time a couple of years later when I was gaining confidence and you left your laptop open in the clinic with the match list from four years earlier so I could see my name, at the bottom of the list, one point above the next candidate. You reminded me I was there by the slimmest of margins. Aren’t our whole lives kind of like that?

I’m writing because I had a tough case and remembered something else you said that first day. You said, “You will answer the phone, every time, and you will say, ‘This is Dr. so-and-so, how can I help you.’ And whatever the person on the other line says you will answer either ‘yes I will take care of it’ or ‘let me find out how to help you with that’. There are no other answers, just take care of the patient.”

So I did. And I always will. Even when it’s inconvenient. It’s my privilege.

In residency I learned that to be a surgeon was simply to be responsible. I’m not sure that simple lesson could have been taught in any less time. I thought of all of the residents you’ve overseen and how underappreciated you have gone. And I realized that you are still there. Rolling the stone up the hill, taking water to the fires that are never put out. Doing those tasks with grace, skill, and poise, and many times, a smile.

Dr. Gilmer is an Orthopedic Surgeon and Sports Medicine specialist at the Mammoth Orthopedic Institute in Mammoth Lakes, CA. He has no conflicts of interest to report related to this topic but has received institutional support and travel support for conferences from Stryker, Arthrex, and Pacific Medical.

Read 6 Culture Lessons the Army Can Teach Medicine About Burnout 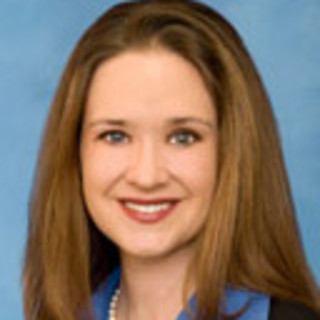 6 Culture Lessons the Army Can Teach Medicine About Burnout

Mar 29, 2018 Link to 6 Culture Lessons the Army Can Teach Medicine About Burnout

Read Would I Appear Weak If I Took a Moment to Process and Heartless If I Didn’t?
Link to Shivam Vedak, MD's page

Would I Appear Weak If I Took a Moment to Process and Heartless If I Didn’t?

Nov 11, 2019 Link to Would I Appear Weak If I Took a Moment to Process and Heartless If I Didn’t?