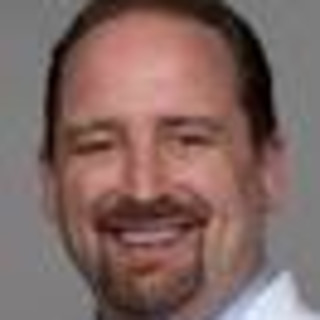 If you’re enraged, or disconsolate, or feeling helpless or on the verge of going numb, you can skip to the last two paragraphs; I know how busy you are, and I don’t want to take up your time. If those emotions don’t apply to you, you may be like many of my colleagues: peripherally aware of and upset by what’s going on, but compelled by the demands of modern medicine to keep your focus closer to home; I hope to convince you that engagement right now is part of our work as physicians. If you consider yourself informed on current events, but indifferent to or supportive of the policy changes on the southern border that started on April 6th, then I regret to say: you’re failing your obligations as a physician and recanting the Oath that you took when you put on the white coat. Primum Non Nocere is not a punchline. It is the bedrock on which the rest of our professional edifices are built, and every time it shakes (Tuskeegee, physician collaboration with CIA interrogation, etc.), a bit of the public trust crumbles. It is not merely a prohibition, but a spur to intercession when avoidable harm is being done. Confidentiality is central to our ethos, but another obligation trumps even confidentiality: the duty to report suspected abuse or neglect. That duty does not end when the suspected party is a branch of the federal government, and if we hope to conserve our ethical authority, we must demand full repudiation of the policy, accountability for those responsible, and rectification of the injustice to the greatest extent possible.

The first point deserves the most attention. To summarize the extensive literature on the neurodevelopmental and health sequelae of adversity: childhood trauma, family separation, and deprivation of affection or appropriate social environment have all been clearly demonstrated to increase the incidence of severe emotional, behavioral, and cognitive abnormalities. With advances in neuroimaging, we can see the physical remodeling that these adversities wreak upon the brain, making “scarred for life” more than a symbolic phrase. The interconnection of the nervous system with the endocrine, cardiopulmonary, musculoskeletal, digestive, and immune systems, moreover, explains why the problems don’t stop at the foramen magnum. These children have a significantly increased odds ratio for a legion of physical health problems in addition to the cognitive and emotional sequelae. And yet, in a period of just 6 weeks, we managed to inflict this triad of adversity (trauma, separation, neglect) on AT LEAST 2,000 children.

Before you attempt to dispute those terms, do a little more reading: eyewitness accounts, pictures, and audio leave no doubt that it was traumatic; the word separation doesn’t need to be debated; and as far as neglect goes, the detention centers may not have been Romanian orphanages, but they sure weren’t “summer camps.” The needs of a child extend beyond food, shelter, and water; they even extend beyond the occasional Moana video. Developing children need affection, intellectual stimulation, play, and comfort. The accounts of former workers and journalists include children sobbing uncontrollably and without consolation; some children had to have their diapers changed by other detainees. This is neglect. So I will conditionally concede the first point; we shouldn’t call this abuse. Abuse is the infliction of trauma, separation, and neglect on an individual child. When hundreds or thousands of children are involved, the word that we are looking for is “atrocity.”

As for the second and third intertwined counter-arguments, consider national security as a public health issue, analogous to containment of epidemics (note: I am NOT comparing migrants to a disease). During epidemics, violation of individual freedoms (quarantine) may be necessary. In these cases, the potential benefit to society is weighed against the potential harm to the individual (usually relatively minimal, quarantine can be nerve-wracking and boring, but usually not traumatizing). During the Ebola outbreaks, we took sensible precautions and even enacted individual quarantines; we did not, however, mass quarantine all arrivals from Africa, or subject them to dangerous or invasive testing. This is an imperfect analogy, but it illustrates that the risk prompting a public health or security initiative must be scrupulously balanced against the potential harms. The conditions on our border, while concerning, are substantively unchanged from years prior. There was no immediate security risk that justified this infliction of trauma and no evidence that due diligence in harm attenuation was done.

As for the executive order ending the separation: even if the practice stops immediately, there is still the matter of reuniting the separated children and seeing to their care. Perhaps the most maddening aspect of this policy is that it was executed with such callous, irresponsible haste that none of the federal agencies involved can say whose job it was to keep track of the children and ensure that reunion was even possible. Imagine if the maternity ward at your hospital stopped bothering with wrist bands and name cards on the bassinets. That’s what they did here. Even if they stop now, they could do something like it again. The branch of government that caused the abuses shows no interest in learning from its mistakes. There will be no M&M unless we demand one.

What addicted me to neurosurgery was the coupling of intellect and action. A neurosurgeon must seek a deep understanding of complex systems but be ready to translate that understanding into dramatic intervention. Quiet contemplation of a head CT can be followed immediately by the barking of OR setup instructions while clipping a patient’s hair with one hand and pushing mannitol with the other. I don’t mean to suggest that neurosurgery is superior to any other discipline; only that it meshes with a personal imperative: once I see a problem, I want to know “What are we going to do about it?”

In this case, the problem is that the Executive Branch of the Federal Government, through depraved indifference to the consequences of its actions, inflicted systematic abuse on thousands of vulnerable children. As physicians, we have a duty to demand accountability, oversight, and atonement, starting with the resignation of Secretary Kirstjen Nielsen, Secretary Alex Azar II, and the heads of ICE and CBP. We must insist that our senators only approve replacements with a history of public service and substantial expertise in the fields that they oversee. The replacements must have bipartisan support and affirm their willingness to deny executive whims that conflict with American values. Finally, we must demand that the Executive Branch establish (with Congressional oversight) a detailed plan for the return of separated children and the monitoring of their physical and emotional health, including responsibility for the treatment of any health conditions plausibly resulting from the violation of their Human Rights. I know, I know, that’s going to be expensive. But not as expensive as a Space Force.

To achieve those goals, we take the energy (and money) that we usually apply to (laudable) causes like meaningful use or MOC, and use it to ensure that the systematic infliction of suffering on countless children on our own soil, and by our own institutions, does not pass without consequences. Contact the heads of your professional societies and tell them to put RVU realignment on hold and focus on this until it gets done. Those of you on social media, use the hashtag #DutyToReport, as in “As a Physician, I have a #DutyToReport suspected child abuse or neglect. I am reporting [@SecNielsen, @SecAzar, @CBP, @ICEgov] for depraved indifference and the avoidable infliction of severe emotional trauma on at least 2,300 infants, toddlers, and children.” Notice that this statement doesn’t accuse them of intentional abuse, because it doesn’t have to. As any malpractice attorney will happily remind you, if you act recklessly from a position of power and predictable bad things happen, you’re on the hook whether you meant for them to happen or not. If you’re not on social media (and the social media folks should do this, too): call your members of Congress and tell them your specific requests: 1) resignation of Nielsen, Azar, and the heads of ICE and CBP; 2) their replacement with thoroughly vetted, non-partisan experts; and 3) a plan for reunion and restitution for the children who were harmed. I’m sorry, I can’t offer you CME for any of this. Sunshine laws being what they are, I can’t even offer to buy you a cup of coffee. I will give you my undying respect and gratitude, but even as a neurosurgeon, I’m not egomaniacal enough to believe that that should mean anything to you. What I think I can offer is this: no matter how this turns out, no matter whether any of these demands are met, no matter whether we successfully resuscitate democratic norms or end up pronouncing time of death on an era of American Democracy, you will be able to look yourself in the mirror and say “I did my Duty,” and that is no small thing.