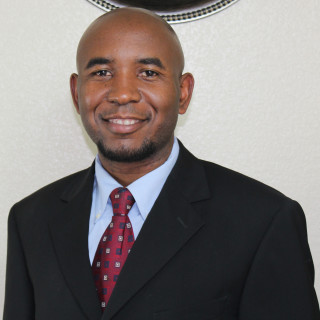 Most workers have a supervisor or boss (or multiple). Medical students, residents, and attending physicians have supervisors as well. We all know that our supervisors are human. There are times when we know more than they do on a subject. Keeping our knowledge hidden will deprive our organization of the benefit of our experience. If you go about correcting your boss or disagreeing with him or her wrongly, you could get in trouble and make life harder for yourself.

I’m a student of leadership and read or listen to 3-5 books per month, many of them on leadership. I wasn’t particularly good at it when I began to develop an interest in leadership in 2005. Even now, I’m still learning. Below, I share some lessons I have learned that might be of help to the teachable heart.

1. Be polite about it. One of my favorite ancient writers is King Solomon of Israel. He once said, “An offended friend is harder to win back than a fortified city. Arguments separate friends like a gate locked with bars.” People don’t learn from those they consider ass holes. In order to influence your boss, be polite about your approach. So, watch the way you talk. Say only what is going to be helpful and nothing more.

2. Be respectful. A lot of leaders become defensive when someone, especially a subordinate challenges them. Why? They often think their delegated authority and person are being attacked, minimized, or at least not fully recognized. Because of that, they switch their minds from a growth-mindset to a fixed mindset and start acting to reassert their superiority. To avoid this, affirm to the leader that you value their leadership and contribution to the organization and you respect the authority they have over you. Make sure they understand that anything you bring forward is to help him or her and the organization to achieve its goals and you only want to do that in respect to his/her authority over you.

3. Question yourself first. Humility allows a person to put themselves in their own true position and realize that others are just as smart and gifted. Humility empowers a person to question his/her own position and look over thinks a second or third time before going against someone more experience. Humble people often think of others better than themselves. This is especially true for your supervisor. This ancient proverb from King Solomon is very helpful in this situation. “Don’t jump to conclusions—there may be a perfectly good explanation for what you just saw.” This calls for self-reexamination and for humility.

4. Do your research. Proceed to do some research. I recommend consulting three or more authorities on the subject you have a question about to find out what they think on the issue. You can do this through their writing (books, blogs, etc). Try to find other sources that argue against your position and support your leader’s position. Write your findings down. Someone has said thoughts unravel when they pass through the lips or through the tips of the fingers. Your thoughts will become clearer when you write them down. After you have written your thoughts down, together with the authorities you have consulted and the links or references to the articles that you have read, then proceed to set up an appointment to meet with your leader.

5. Be patient. Another lesson from King Solomon drives the need for patience home nicely. He said, “Do not go out hastily to argue your case. Otherwise, what will you do in the end when your neighbor humiliates you?” King Solomon was a wise king who judged many cases brought before his court. He wrote this proverb out of experience probably after seeing many people rush to his court with cases and then lose in the end. When you have an argument against anyone, especially with the position of a leader, proceed with caution. By all means, proceed to seek the truth but be cautious and humble. Seek to learn and resolve your own difficulties to understand someone’s position rather than try to show them how right your position is. So, take the time to do your research and think about things. Time often resolves many difficulties.

6. Present humbly. Humble words spoken from a truly humble heart can break through a heart of steel. Kind, gentle, and loving words disarm anger. They pierce through defensive walls of insecurity and touch the heart of the listener. If you cannot address your boss with humility and respect, it’s probably better not to try to correct them at all. Be humble about how you go about presenting your point. Even if you are right and supported by other authorities, you need to honor your leader. You want to help your leader not disgrace him or her.  Remember King Solomon’s words: “An offended friend is harder to win back than a fortified city. Arguments separate friends like a gate locked with bars.” Your goal is to share your findings with your leader and not lose him or her in the process.

Leaders are not perfect; they do not know everything. The fact that a subordinate may teach his boss something doesn’t mean that the subordinate doesn’t have much to learn from the leader. Honoring the leader in the process will ensure that you win his respect instead of being viewed as disrespectful. Note that even with a lot of evidence, you need to present it carefully, more as something that you want to understand and are there for the leader to help you resolve the conflict you have between what the leader has said and what the other experts are saying. Why? Because you may have misunderstood the leader in the first place and went on a hunt for something that he/she didn’t believe or mean to say. Additionally, as a subordinate, you need to respect those in authority over us. Your word doesn’t have as much authority in the organization as his word does. Don’t make it be your opinion against the leader’s opinion. Don’t also act as though his opinion doesn’t matter to you; as though you want to simply ignore his position and hold to your opinion. Don’t try to be the judge over your leader. If you are not satisfied, humbly ask for further explanation. If you don’t make any headway, then drop the matter, unless it’s a matter that is too important to drop. Then you may proceed up the chain to a department head or to the president of the organization. A sure mark of an arrogant person is that when he doesn’t understand something immediately, he thinks that the other person is wrong.

7. Go Privately. Do not start calling, texting, or emailing your friends to gossip about what the leader said that you disagreed with. That’s not honorable. The mature thing, even when the leader is wrong is to get them to correct themselves without losing face.

Do all of that, and you will grow in wisdom and influence.

Dr. Kenneth Acha is a board-certified Family Medicine specialist and an assistant clinical professor of medicine who has been empowering people to contribute their greatest Life, Work, and Leadership to the world for more than a decade. You can follow him on his blog, KennethMD.com.

Jacquelyn Corley, MD and 1 other

The Stake Neurosurgeons Have in Gun Control

Looking Ahead at the Roadmap and Vision of AAOS

Financial Advice for Residents and Fellows: A Crash Course

Julie Silver, MD and 1 other

Overwhelming Support for Gender Equity at the AMA