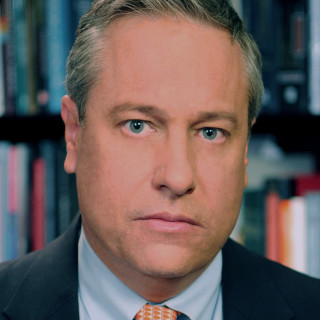 Walking around the 2018 Society for Cardiovascular Angiography and Interventions (SCAI) Scientific Sessions in San Diego (April 25–28), with more than 2000 attendees, it was clear that this meeting was a success. There were several high quality late breaking clinical trials by leaders in the field. One of the things that makes SCAI a success is the access of younger colleagues to meet and network with these more senior leaders in the field.

There were a large number of presentations were dedicated to cutting edge developments in structural Cardiology, including the latest advances in aortic, mitral, tricuspid and pulmonary percutaneous intervention, reflecting the evolution of our practice in the CathLab.

Since it is impossible to summarize the entire content of this SCAI 2018 congress and the energy that the Interventional Cardiology community brought to San Diego, I have selected 4 presentations that left an impression on me:

1. The Prognostic Impact of Revascularization Strategy in Acute Myocardial Infarction and Cardiogenic Shock: Insights From the British Columbia Cardiac Registry:

Dr. McNeice presented ‘real world’ data, from the British Columbia cardiac Registry, which included 649 patients with an acute myocardial infarction, multivessel disease and cardiogenic shock. This presentation followed the recent results of the CULPRIT SHOCK trial that have demonstrated, among a similar population, a reduced 30-day risk of death or severe renal failure among patients who underwent PCI of the culprit lesion only compared to those who underwent immediate multivessel PCI. Thus, the results of the randomized trial was confirmed in the registry: compared with patients who underwent multivessel revascularization those who received culprit vessel-only interventions had a decreased mortality rate at 30 days (23.7% vs 34.5%) and 1 year (32.6% vs 44.3%). Of interest, since it has not been analyzed in the CULPRIT trial, the left anterior descending artery was the only non-culprit PCI localization associated with an increased risk of 1-year mortality (HR 1.82; 95% CI 1.20–2.76; P = 0.005), pointing out the key role of the infarct size and location on mortality.

The AVIATOR 2 registry, led by Dr. Roxana Mehran, is an international prospective observational registry of stented patients with atrial fibrillation. Following the PCI, Cardiologists completed a survey to rate, subjectively, the risk of stroke, ischemic and bleeding events of their patients. The different recommended scoring systems, including CHA2DS2/VASc/ST/HASBLED, were compared with these subjective estimates. Approximately 500 stented patients with AF were enrolled. Of interest, it was the first time that a smartphone application (named AVIATOR) was used to learn from both the physicians and the patients. The main finding was the lack of consistency of physicians’ risk assessments with scores for risks of ischemic events (CHA2DS2-VASc) or bleeding (HAS-BLED), suggesting that we may overtreat low-risk patients and undertreat high-risk patients !

The PROGRESS CTO registry, presented by Dr. Peter Tajti, evaluated the contemporary outcomes of CTO PCI by analyzing the clinical and angiographic characteristics of more than 3000 CTO procedure performed at 20 centers in the United States, Europe, and Russia. A hybrid approach (anterograde wire escalation, dissection reentry and retrograde approach) was associated with a high success rate (>85%) combined with a low complication rates (approximately 3%) among various experienced centers. These results were consistent with the PERSPECTIVE Registry, a single center CTO PCI registry, also presented during the SCAI meeting, that demonstrated a 95% clinical success defined as procedural success in the absence of in-hospital ischemic complication.

However, despite these reassuring data, the potential improvement in clinical outcomes associated with CTO PCI remains controversial. The ongoing SHINE-CTO trial (NCT02784418), a sham controlled trial, should provide more evidence in this exciting field.

The SCAI is the only American organization that provides a consensus statement on the duration of hospitalization following a PCI. The last document was published in 2009, and was therefore not in line with the evolution of the percutaneous techniques that have dramatically reduced the risk of complications. The latest recommendation was discussed during the meeting and published simultaneously in Catheterization and Cardiovascular Interventions. As a reflection of current practice, same-day discharge has become a reasonable, ‘patient-centered’ approach for uncomplicated elective procedures. The updated guidelines include new criteria (based on patient, procedural and programmatic factors) to help the decision for discharge following a PCI.

To have a more complete overview of the SCAI meeting, I invite you to visit cardiologynownews.org and watch the latest videos recorded live from San Diego.

I look forward to seeing you in Las Vegas for the SCAI scientific sessions 2019 !

Dr. C. Michael Gibson, MD is a professor at Harvard Medical School and the Beth Israel Deaconess Medical Center. He is the CEO of the non-profit Baim Institute.