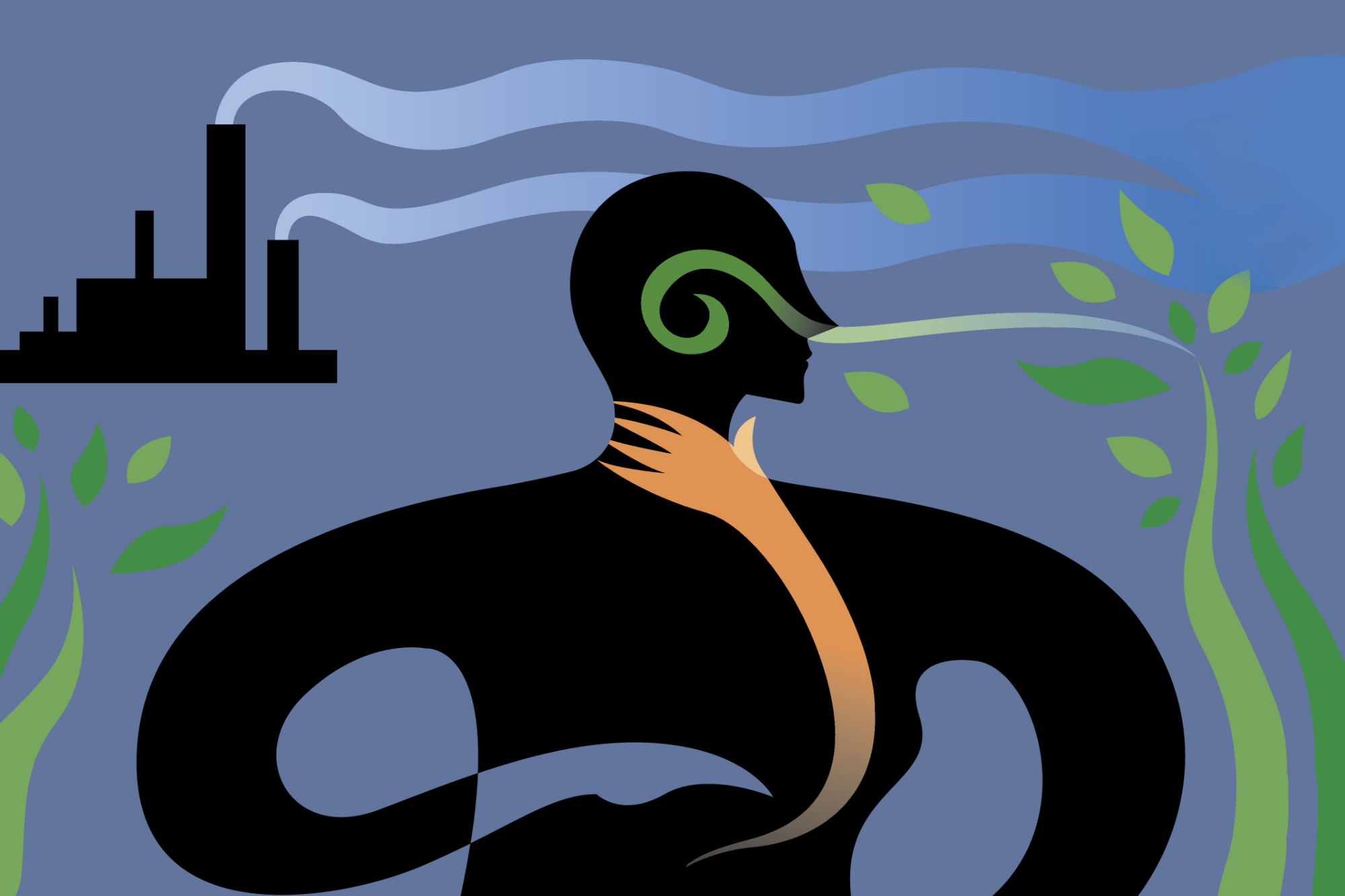 The American Association of Cancer Research (AACR) hosted its inaugural Environmental Carcinogenesis: Potential Pathway to Cancer Prevention meeting June 22-24 in Charlotte, NC. The goal of the meeting was to increase the visibility of advances in the field of environmental carcinogenesis through a cross-disciplinary examination of the role of environmental exposures in the cause and progression of cancer.

We attended the event where more than 140 attendees were present and 55 posters presented. The conference co-chairs were Ernest Hawk, MD and Margaret Kripke, PhD at the Anderson Cancer Center and Timothy Rebbeck, PhD at the Dana-Farber Cancer Institute. As early-career physician-scientists with interests in environmental drivers of carcinogenesis such as hepatobiliary cancers and lymphomas, we were struck by the breadth of the interdisciplinary efforts focused on environmental carcinogenesis that were presented at this conference.

The fact that this was the first meeting of its kind was simultaneously exciting and troubling: cancer prevention research, which holds immense promise as a highly efficient and cost-effective means to eradicate cancer, receives surprisingly little attention and funding. The goals of most funded cancer-related studies, which are of course very important, focus on the discovery of new treatments for cancer once the disease is already established. This backwards approach to the War on Cancer was analogized during the meeting to frantically mopping up the mess from an overflowing sink without trying to turn off the tap.

The inaugural keynote address was delivered by Christopher Wild from the International Agency for Research on Cancer. His remarks effectively illustrated the critical role of environmental carcinogens in cancer and emphasized the outsized impact prevention measures can have in controlling cancer.

To date, research on environmental cancer risk factors has been most effectively translated into public health interventions for only a few carcinogens (e.g. tobacco, asbestos). However, there are now a multitude of commercially utilized chemicals within the human environment (up to 84,000 chemicals according to one estimate). A vast majority of these are untested for potential long-term human toxicity. New sources of chemical exposures are regularly being introduced into our environment with little to no testing of the long-term impact on human health. It is alarming!

Identifying and defining carcinogens represents an immense effort that is being undertaken by many of the speakers and attendees at the AACR meeting. For example, the Tox21 initiative, a collaboration between the  NIH, National Toxicology Program, and the EPA is aimed at using cutting edge technologies to revolutionize the identification of potential human carcinogens. Yet, the feeling of alarm deepened with the revelation that mixtures of chemicals and combined exposures may have unexpected and synergistic roles in promoting cancer as described by William Goodson III, MD at the California Pacific Medical Center. Furthermore, persistent environmental chemicals can have dramatically wide-ranging and transgenerational effects, as demonstrated in a description from Barbara Cohn a the Public Health Institute from her monumental multigenerational study of DDT and breast cancer.

Several talks highlighted the exciting role of cutting-edge genomic approaches in determining a tumor’s etiology through the detection of DNA mutational signatures (including Serena Nik-Zainal at the University of of Cambridge, Kenneth Tsai at the Moffit Cancer Center, Allan Balmain at UCSF, and others). However, equally concerning was the finding that the number of exposures that leave a verifiable “smoking gun” DNA mutational signature may be dwarfed by those that promote cancer without mutating the DNA. We were left wondering if and how the long-term effects of those compounds can ever be detected and measured.

A recurrent theme of the meeting was the emphasis on a need for outreach and implementation of scientific findings and the role of the scientist in changing policy and human risk behaviors. We learned how one can turn scientific findings into action — in particular the focus necessary at the interface between science, medicine, policy, advocacy, and media. This concept was introduced during Wild’s talk as he listed some common tactics used by vested interests to undermine scientific evaluation. Many of these sessions served as a “call to arms,” urging scientists to step outside of the confines of the laboratory to highlight the risks that environmental exposures pose to human health. Monday afternoon was entirely dedicated to the “Pathways to Prevention” theme with sessions highlighting the inspiring work of scientists who are truly making an impact through public outreach. Julia Brody and Ruthann Rudel from Silent Spring Institute spoke about the ways that they have directly engaged the public in cancer prevention efforts such as through their Detox Me Action Kit. John Groopman at the Johns Hopkins University) described his experiences in the field, testing chemopreventive broccoli sprout beverages administered to a Chinese cohort at risk for hepatocellular carcinoma. Gila Neta from the National Cancer Institute described the principles of Implementation Science and provided a road map for scientists hoping to impact cancer prevention interventions.

A related theme that was apparent throughout all parts of this meeting was the truly interdisciplinary nature of this dynamic field. The attendees of the meeting represented a diverse set of individuals from varied backgrounds — including academic and federal scientists, cellular and molecular biologists, epidemiologists, oncologists, pathologists, journalists, advocates, and activists. All came together to talk about what has been done, what needs to be done, and how it can be done to improve public health through the prevention of cancer.

In  the end, we came away from the meeting energized and thankful to have participated in this timely and much-needed effort to understand the role of the environment in cancer causation organized by AACR. The main take-away message was that there is much work that remains to be done! We do hope that this conference will be organized on a regular basis going forward.

Rebecca Leeman-Neill, MD, PhD is a pathologist-investigator focused on the role of environmental exposures in cancer at the Columbia University Irving Medical Center.

Rama Gullapalli, MD, PhD is a pathologist-investigator focused on the role of environmental exposures in cancer at the University of New Mexico Health Sciences Center.