The Patient That Surprised Me the Most 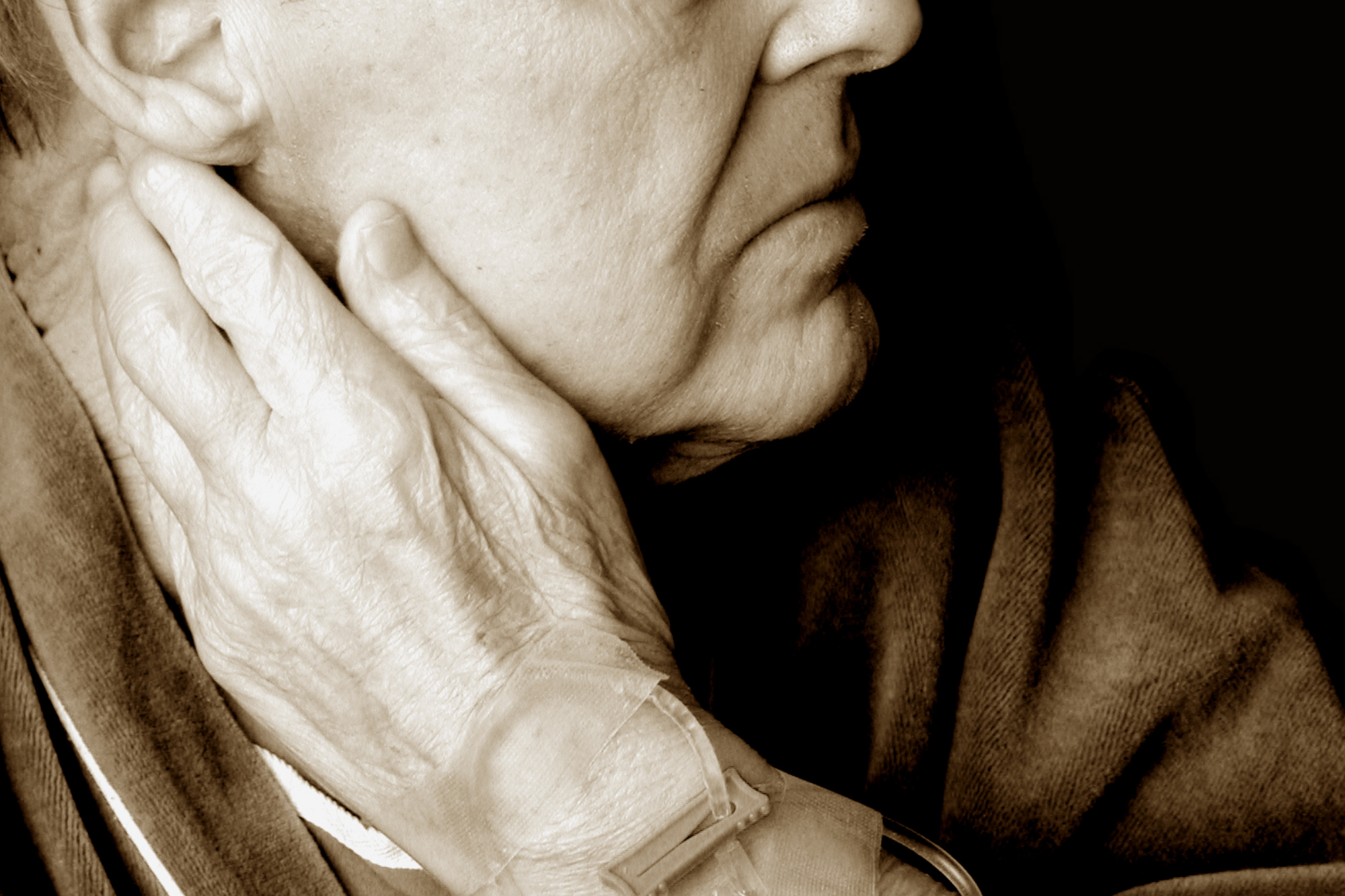 ﻿﻿﻿As a family doctor in solo practice I’ve delivered babies, saved lives, and signed many death certificates since coming to our rural community in 1979. Gary was memorable. A new patient slotted in the last appointment of the day, Gary was a 50 year old white male, recently returned to town, looking for a primary care doctor. He had been referred by another patient of mine, Jim, who had known him since childhood.

Glancing at the vital signs, I saw nothing unusual: normal blood pressure and pulse, 160 pounds on a five foot 10 inch frame.

“Hi, I’m John Weeks,” I offered my hand to shake as I entered the exam room, “I understand you’re a friend of Jim's.”

“Yup, I’ve known that blustering bag of blarney since we both were in short pants,” he replied with a sly grin.

Gary was neatly dressed in a clean flannel shirt and Levi’s, clean-shaven, and not a hair out of place on his head. He met my gaze without blinking and returned my handshake firmly.

“Jim says you’re a good doc, and I guess I’m going to need one.” Gary reached for a Manila envelope and pulled out a sheaf of papers. “To save you some time, I’ve made a copy of my medical history.” He handed me the records.

His chronology was neatly typed, belying the impact of the content: two years prior he had a routine evaluation for some bright red blood in his bowel movements. He hadn’t been worried, he was young, healthy, and occasionally got constipated traveling all over the world as a structural engineering consultant for Bechtel. Gary explained: “ I figured it must be hemorrhoids. I had lost some weight, but my job could be pretty stressful and I didn’t always eat in four star restaurants when I was out in the field.”

The diagnosis of colon cancer was a shock.

I reviewed what had happened since then. An operation removed the bulk of the tumor in his bowel, but the cancer had already spread to his liver; it was too late for a surgical cure. Chemotherapy had been tried but was ineffective. He had come home to be with his parents and friends and to die. I was a hospice physician; I felt comfortable in the role but I also felt angry. A screening colonoscopy could have saved his life if it had been done in time.

Gary was used to solving problems, analyzing risks, weighing alternatives and deciding on the most effective options. He had been in control of his life since leaving Lake County after high school. He had excelled in college and earned his engineering degree with honors. He had a knack for making people around him comfortable; his confidence was contagious. He never seemed to get flustered. Guys admired him and wanted to be his friend, women fell for his understated masculinity and witty charm. He was loyal to his roots, returning to Clear Lake to go hunting with his old high school pals every deer season.

“Are you having any pain now?” I asked, noting that his only prescriptions were for Vicodin and a sleeping pill.

“Nothing I can’t handle at the moment,” he replied. “It’s really more of a pressure feeling and lack of appetite. I just need to have a local doctor to follow this thing with me and help when it gets worse.”

He seemed calm and well informed. I finished the rest of his history and physical exam. Other than a well healed vertical scar on his abdomen and a firm, enlarged liver, there wasn’t much to find. I complimented him on his well prepared records and scheduled a follow up visit in three weeks.

“Jim tells me you’re a Stanford man,” Gary greeted me when I walked into the exam room. “Our friend Rich played football there.”

“I was lucky enough to be there when Jim Plunkett was our quarterback,” I replied.

Gary looked about the same, but I noted he had lost a few pounds since his first appointment. He denied any new symptoms, asked for a refill of his meds, then interjected as I was on my way out of the room: “Say Doc, I’m just curious, but how many of these pills would I have to take to go to sleep and not wake up?” I felt a knot in my stomach. I remembered an early AIDS patient who had killed himself.

“I’m not going to answer that question, Gary; but surely if you wanted to kill yourself you have plenty of firearms available to you.”

“Aw, I don’t want to leave a mess for my folks to clean up. I was thinking of something tidier. But hey, I’m not planning anything right now, just thinking ahead. . .”

“What do you imagine would push you over the line? There’s a lot that can be managed with medication. I’ll work hard with you to control any pain you may have.”

“Well, I really don’t want my folks to have to care for a helpless invalid; I don’t want to get to the point where I can’t wipe my own ass.”

“Please promise to call me first if you ever get to the point where you’re going to take action on that. I’ll try to keep you as comfortable as possible up to the end.” I wondered if I could really talk him out of it.

Gary’s parents were simple working class people who didn’t even finish grade school. They didn’t drink, smoke, or cuss; they attended church every Sunday. They lived a simple life in the small corner house Gary had grown up in. They were a little embarrassed that Gary had so many of his old school friends coming over to visit. They couldn’t afford to offer meals to everyone that came, but they felt they should be hospitable. Jim stopped by every day after work for a bull session, reminiscing about their antics as high school athletes and some of the parties in Vegas and Reno on their hunting trips. Bud, Charlie, and Dave came by regularly as well.

Gary didn’t overdose on pills or blow his brains out with a shotgun. He allowed his family and friends to start doing things for him as he got weaker. At first, it was a hand to get up out of a chair or into bed. Then it was help with bathing or dressing. When I made a house call he was confined to bed, his belly swollen with fluid, skin pale like parchment with the yellow cast of liver failure, veins prominent. He wasn’t eating much and had lost his muscle tone, but his gaze was still intense. He looked me directly in the eye and asked, “how much longer, Doc?”

I gulped and said “I don’t know, weeks not months.”

He said he wanted to see his wife Eva before he died; she was arriving in a couple of days. His parents sensed this was his dying wish.

Eva came and stayed, tending to Gary’s increasing needs along with Dave who had quit his job and parked his camper in the driveway. My last visit was the day before Christmas. The house was decorated and carols were playing in the background. I went into the bedroom where I found Dave cleaning Gary before replacing his diaper. Gary was no longer able to talk, but appeared at peace. Eva sat at the bedside and held his hand.

They propped Gary up on pillows for the Christmas gift exchange. Gary had made a list of his prized possessions and who he wanted to receive them. Jim got his favorite deer rifle, Dave got the keys to his pickup, Eva got a letter on legal stationery notifying her that a trust had been set up to care for her and her son. Gary’s mother gave Eva a necklace that had belonged to her grandmother. Nobody said much, they were all pretty tearful. So was I.

Two nights later he died in his sleep. He had gotten his Christmas wish. He had given us all a gift. He had let go of his need to be in control, proud, competent and strong. He had let the people that loved him love him. He had become helpless so they would help each other care for him. He brought together his two separate families, who became inseparable. Of all the patients I’ve seen die, I think he surprised me the most. He blew away my stereotypes of men. His life and death taught me new meanings of how to love. I still get choked up thinking of him.

John Weeks, MD, received his bachelor's degree in psychology from Stanford University and his MD from UC San Diego. He completed his family practice residency in Syracuse, NY, and served in the National Health Service Corps. He was a doctor in Lake County, CA, for two years and has been in group, solo and employed practices ever since in the same community. John is married and has one son and two grandsons. He plays cello in his local symphony, enjoys sailing and kayaking on his lake, and flying drones. John is eager to recruit more doctors to his rural area.