I have no idea how the general public navigates the health care system. As a physician, I can barely do it myself. When my grandmother — a woman in her 80s with emphysema — was diagnosed with COVID-19, that to me was the signature on her death certificate. What was left to do was make sure that she died the way she wanted. Adhering to a patient’s expressed wishes shouldn’t require navigating a minefield.

Grandmother had filled out an advanced directive. She didn’t want to be intubated and put on a breathing machine; with her underlying lung disease, she’d likely never come off it. And she knew she didn’t want to be resuscitated — have CPR and other invasive measures performed if she were to pass away naturally. My mom had vague notions of what Grandmother’s advanced directive said but wasn’t sure where to find it.

“Well, she was DNR when she was in the hospital before,” Mom said, as if that settled the matter.

I sighed. Code status doesn’t carry over between hospitalizations. Each time a patient is admitted to the hospital, the question needs to be readdressed. I explained this to my mom, a smart woman with a doctorate who has been doing her best to navigate end-of-life care.

“You know, I heard that once but didn’t really believe it,” she responded.

Grandmother was transported from a nursing facility to the nearest hospital. Not the hospital she normally went to. Would this hospital have access to her records, including her advanced directive? Would the facility she’d come from, where she’d only stayed a couple of days, have the document? Would her memory fail or her breathing be too labored to answer the physician’s questions?

According to the American Cancer Society, “If you are in the hospital, you can ask your doctor to add a DNR order to your medical record.” That way you don’t have to rely on an advanced directive or family member to relay your preferences. But what if you can’t ask? Are we really counting on the most vulnerable of our population, during a time when they’re sick or confused, to advocate for themselves?

In a study published in 2017, researchers investigated why patients with advanced cancer often changed their code status in the hospital from full code — the do-everything-possible-to-revive-me-after-my-heart-has-stopped-beating code — to DNR/DNI. It turns out that over half the patients in the study never had their code status addressed by the admitting physician. So by default, these patients were mistakenly presumed to be full code.

In Texas, where I practice, even if the physician has addressed the question and signed the DNR/DNI order with the patient, another person not on the patient’s care team must sign the form as well. I’ve seen several occasions where this has led to a delay in completing the paperwork.

And not only does code status not carry over between hospitalizations, it doesn’t transfer from inside to outside the hospital or vice versa. Those who don’t wish to be resuscitated by emergency medical technicians if they pass away at home are required to fill out a separate document called an out-of-hospital DNR. Doctors tell patients to put it in a visible place, like on the fridge next to pictures of their grandkids. But the emergency technicians don’t always see it.

Unfortunately, medicine is subject to the same clerical errors and misplaced paperwork as every other field. Advanced directives are, according to the American Bar Association, “legally recognized documents,” not legally binding. Having preferences documented doesn’t guarantee they’ll be followed.

Physicians joke that patients who don’t want to be resuscitated should have that phrase tattooed on their chests. In a curious case, an unconscious man with that very tattoo — “do not resuscitate," followed by his signature — was brought into the hospital. The doctors, unsure of how to proceed, continued to attempt resuscitation until the social workers identified the patient and tracked down his actual DNR paperwork. The ethicists agreed with the doctors’ actions.

There are plenty of issues around code status worth addressing: There’s the misconception that if a patient opts for DNR, they won’t receive medical interventions while still alive; the tough situation of patients who insist on being full code, though their situation is medically futile; and the rabbit hole of who gets to make decisions for patients unable to make their own. All to ask: Why can’t an elderly, ailing patient who has decided to be DNR/DNI just get a DNR tattoo and have it legally recognized?

As it turns out, Grandmother was cognizant enough to advocate for herself. She volunteered her code status as DNR/DNI to her admitting doctor. Someone not on her care team must have signed the paperwork. A few days later, she died peacefully in the manner of her own choosing. We got lucky. But luck should have no part in such a delicate equation.

What changes, if any, do you believe need to be made to the way advanced directives are handled?

Dr. Ripley is an internal medicine physician/hospitalist practicing at Parkland Hospital, a large county hospital and part of the UT Southwestern medical system. 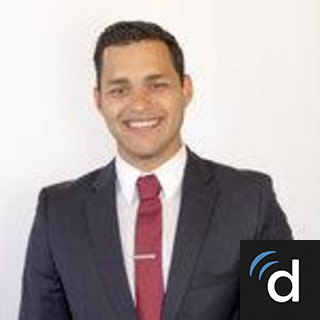 Jun 16, 2020 Link to How Medical 3D Printing Is Shaping the Future of Surgery