Stop Saying Your Patient Is Allergic to Iodine 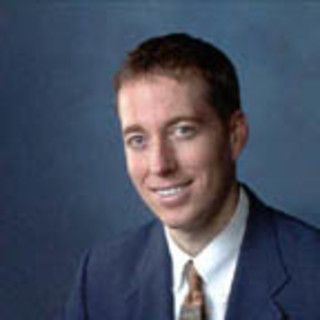 Let’s begin with a quiz question:

Patients may be allergic to:

D. none of the above

If you answered anything but ‘D’, better keep reading.

Consider this scenario: if a patient is allergic to penicillin, you would document “penicillin” in the medical records. It would never occur to you to list “antibiotics” as an allergy, and you certainly would not call it a “carbon” allergy for slang, just because penicillin contains carbon.

This not an exercise in semantics, but a patient care issue. Iodine is a mineral we all need, intentionally added to our salt supply, so that people do not get iodine-deficiency goiters as they once did. (We could boost everyone’s protein intake by adding peanut powder to the salt supply, but people might understandably object.) So while some people may be allergic to compounds that happen to contain iodine, the iodine in the molecule is not the culprit.

Iodine-based contrast agents are widely used for CT and other x-ray studies. They light up blood vessels and enhance perfusing tissue. These agents are essential for diagnosing everything from clots, to tumor, to bleeding. Unfortunately, many patients do not get contrast studies they may benefit from, due to unnecessary confusion about allergies.

The most important step to avoiding confusion is to start calling contrast agents by their names, as you would do for any other drug, and to remove “iodine” from your allergy vocabulary. Like antibiotics, there is more than one kind of contrast agent. Radiologists routinely dictate the name of the agent used in their study reports, so if a reaction occurs, the information is readily available. The problem comes when we do not distinguish one agent from another. Most patients with a prior reaction were never told the name of the drug they received, and they incorrectly assume that an allergy to one means allergy to all. Not so, just like with other classes of medications.

Here’s a brief summary of the pertinent points regarding contrast allergy:

Other points to remember:

Having worked in radiology for over 25 years, I cannot count the number of patients who have “iodine allergy” [sic] listed in their records, when they have never even received one of the current class of contrast agents. Once an allergy is posted in a medical record, people are reticent to remove it — but this is precisely what should be done whenever information is inaccurate. A few questions in the history taking, and confirmation of agents used for prior injections, are usually all that is required to clear a patient for a study they may need. Better to clarify now, than to wait until there is an immediate situation with less time to act, like a possible pulmonary embolism, stroke, or trauma. And for anyone in the electronic medical records business, it would be best if “iodine” were not allowed as an allergy choice option. It is not only nonsensical; it may prevent someone from obtaining a prompt diagnosis when they need it most.

Dr. Cullen Ruff is in private practice, and an associate professor of radiology at Virginia Commonwealth University in Fairfax, VA. He has no disclosures or conflicts. More information about contrast agents can be found here.

Oct 2, 2018 Link to The World Conference on Lung Cancer Should Expand Focus on Tobacco Control

Alec Feuerbach and 2 others

May 2, 2019 Link to Protecting the Vulnerable and Fighting For Evidence-Based Health Care Reform

Read Is the 'Happy Pill' Solving or Creating a Problem?