Podcast of the Week: The Nocturnists Below is an interview between the host of The Nocturnists podcast and Doximity, followed by a brief overview of the podcast.

Doximity: What led you to launch the podcast?

Emily Silverman, MD: We’re hoping to launch one season each year. Last January, we launched our first season — we were really new podcasts, so the sound quality for that was really touch and go as we got familiar with the equipment and editing. We got a really good response to those nine episodes.

Toward the end of 2018, we started to think about how we could proceed with a second season. We put together a roster for season two, choosing 10 stories for that one and recording the interviews throughout the fall and winter. This past March, we launched the new season. We have 10 episodes coming out that will be dropped each week. We just dropped episode four out of 10.

Doximity: What inspired the podcast name?

ES: A “nocturnist” is what we call a doctor who works at night. We get a lot of questions asking if we are nocturnists or if the show only features nocturnists. The word is really meant to be more of a metaphor — doctors gathering at night, usually in a beautiful space like a theater, to uncover things that are usually covered within medicine. The word “nocturnist” to me evokes mystery and dark colors, so that’s why we chose that name.

Dox: How are themes selected for the live shows?

ES: We have a small team and we brainstorm the show themes together. Some themes that we have had in the past include “promises”, “wonder”, “love”, and “health in the criminal justice system”; we recently had a show on “mistakes” and a few on the theme of “death and dying” that were popular.

Dox: How do you select story topics for each episode?

ES: Currently, our podcast features stories from our live shows. We actually started as a live show and the podcast became a spinoff, as opposed to the other way around. For our live shows, we pick a theme, spread the word on social media to let everyone know, “Hey, we’re doing a show! This is the theme — please submit your stories.” Most of our submissions come from the San Francisco Bay Area, with submissions from SF, Berkeley, Marin, Oakland — all of those areas.

Last year, we did our first show in New York City. We got in touch with a bunch of people who are interested in the medical humanities community in NY to help get the call out to people in that area and we were really surprised to find that not only did we get people from NY, but we had people sending in stuff from Chicago, Minneapolis, Atlanta — people [who] felt willing to fly themselves out to NY to tell stories. I think we had eight speakers and six of them were natives from NY. We accepted two who weren’t from NY just because the stories were so good. For every show, we pair up storytellers with a coach. For the month or two leading up to the show, the storyteller and the mentor work together pretty closely to transition from an outline to an audio recording.

Once the show is over, we decide which ones to feature on the podcast. That’s how we put together the podcast at this point. Moving forward, I would like to continue to feature stories from outside of SF. Maybe some of the stories would come from live shows, but others would be recorded in a studio ahead of time. For example, if you lived in Nashville, we could rent a studio for you to call from and record the call — it takes more time and money, hence the need for funding. We’re excited to increase the geographic diversity of where our stories are coming from.

Dox: What’s the breakdown of audience members at the live events and listening to the podcast?

ES: Mostly, it’s people in health care who are in the millennial generation — medical students, residents, young faculty — but we do have some mid-career professionals who listen. We as a team work really hard to have a diversity of ages represented.

Next week, for example, we’re having an 82-year-old retired combat surgeon from Vietnam who is speaking on our podcast. Most of our audience is not made up of 82-year-olds, but we really want to get the word out to more diverse ages.

Non-physician health care workers are also really interested in the show and we occasionally have them share their stories. For the same reasons that everyone loves watching ER and Grey’s Anatomy, there is an inherent drama to medicine that people love whether you’re a physician or not. There’s a lot about these stories that are universal and say what it’s like to be a human being.

Dox: What does the show aim to be for listeners? What does it mean to you?

ES: If I had to distill it down to a single word, it would probably be “connection”. As a resident, there were many times when I felt alone, and that’s something that I had hoped to build for physicians [with the podcast]. When you hear a story, you sometimes think, “I thought I was the only person who thought like that,” and feel less alone hearing someone else feels that. It makes you feel part of a community and that’s really valuable.

Thinking about storytelling in medicine — thinking about why and how we tell these stories — gets buried sometimes. It has to do with self-reflection, empathy, joy, fun, and creativity. Especially with the paperwork that we are stuck doing daily, it can be easy to forget the connection to why we are doing what we are doing.

The fact that complete strangers are willing to share these really intimate narratives about themselves is so wonderful and rich. I hope the effect of the project is to shift the culture of medicine a bit and breakdown the [veil] that physicians are robots; they make mistakes, have doubts, and have flaws. We’re all in this together, so hopefully this will do well for the culture of medicine overall.

Dox: What are some of your favorite episodes? What episodes have resonated with your audience?

ES: The themes are pretty vague and broad for a reason. With a theme like “wonder”, for instance, I feel like there are so many different ways to interpret that to get good stories. For us, we’re still deciding on whether it’s better to have a big, broad theme or have a narrow theme so that the stories feel more like part of a collection.

I really love one story that recently came out called “Compassionate Release” that talks about a woman who works as a hospice, Palliative Care physician for incarcerated men who are at the end of their lives. Her story is about a man who had metastatic cancer and was dying of cancer in prison. It’s her quest to get him released before he dies. The process of getting released takes weeks and weeks to complete due to the bureaucracy and endless red tape, but he doesn’t have weeks with a few days to live. The physician is bending over backwards to try to get him released. That episode really sparked interest among listeners — not just in the medical community but with regular journalists reaching out being a huge topic in the news. It felt like a really neat spin on the health care topic.

Another episode that I’m in love with features Maureen Miller, MD, a pathologist who currently lives in Atlanta and is embarking on a public health career. She tells the amazing story of how she tried to become a Pediatrician, but didn’t match, and kind of landed in the Pathology residency since it was the only job open. She didn’t really identify as a pathologist, but she shares her story of how she slowly comes to grow and embrace into her speciality. How she does that is through her mentor, who gives her a dusty, old box that has a collection of all of the hospital’s autopsy reports from 1897.

This woman, who is very interested in history and culture, goes through the box, reads all of the reports, and sees what Pathology was like back then. She gets invested into the lives of pathologists back then and uses that experience to embrace her own career path as a pathologist. What’s even more compelling about the story is that she’s a genius and has a dark comedy vibe. That talk will be on the podcast in a few weeks.

I think the stories that really resonate with the audience are ones about physicians who struggle with mental illness and suicidality. Whether it’s burnout or moral injury or distress, whatever you want to call it — that problem combined with suicidality and depression, or that physicians feel they are being interrogated about their mental health history, are all popular themes among physicians right now. It’s normalizing the experience of being a human and dealing with mental health issues.

Dox: What upcoming announcements or events are in store for The Nocturnists?

ES: This Saturday, I’ll be the keynote speaker at the Doctors Who Create Conference in Philadelphia. We’re doing a sort of popup Nocturnists show at that event.

Later this year in October, we are doing another show in SF that will be in partnership with another podcast called Explore This Space, which is a talk show podcast hosted by a hospitalist named Mark Shaprio, who is a great interviewer and supporter of The Nocturnists. We’re still not sure of the format, but we’re thinking of storytelling for the first half and a panel for the second half.

We also have The Nocturnists Storytelling Contest, which is open to any medical trainees — medical students, residents, fellows — as well as non-physician trainees like nursing students and medical assistants. The theme for the contest is “learning”. They can go to our website to submit a brief outline of their story and an audio clip by May 28. The winner of that contest will receive $500 and earn a spot on the next season of the podcast.

Typical length of episodes: About 30 minutes

How often a new episode comes out: Once a week

Episode topics: dealing with patients of varying ages, responding to a code for the first time, caring for the homeless

Sample episode — "Compassionate Release": This second episode surrounds a hospice physician who treats incarcerated men in prison. She tells the story of her race against the clock to save the dying men.

Tidbit about the show: The podcast is based on the live events that The Nocturnists host around the country.

About the host: Emily Silverman, MD is an internist based in San Francisco.

Be Featured: Are you a medical professional who runs a podcast? Know of a podcast that would be a great feature? Let us know about it here or email opmed@doximity.com.

Proposal for a Fair and Transparent Moonlighting System 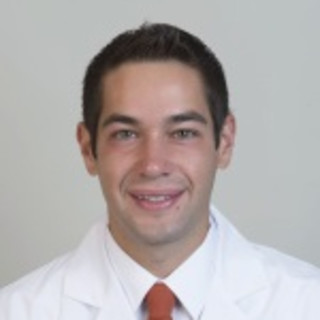 We Aren’t Utilizing A Crucial Element to Surgery Recovery

Pooja Pradhan and 1 other

One Thing This Doctor Trusts Above All Else