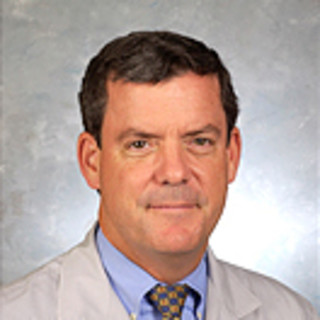 At the beginning of this year, Practicing Physicians of America (PPA), a 501c6 physician membership organization (with whom I serve as an unpaid board member), collected results of a voluntary survey via social media channels on ABMS physician and surgeon Board certification. The method of data collection using social media. The data collection is novel compared to previous surveys conducted on this topic and for a while represented the largest reported survey on Board certification ever performed. We submitted the results to JAMA (and later to the Annals of Internal Medicine) in hopes they would be published. They were not. As is true with most surveys, bias was a prevailing concern.

Shortly after our survey was being circulated, the American Board of Medical Specialties introduced their own survey on Board certification to pre-chosen "stakeholders" on Board certification. In July 2018 they announced the results of their survey. They had received responses from "36,392 people, including 34,616 physicians, 1,373 non-physician providers and stakeholders involved in the delivery of health care, and 403 members of the general public." To the best of my knowledge, the text of their survey was not made available to the public.

Since we were waiting the reviews of PPA's survey for months, we were prohibited from publishing our results. After considering the reviewers' comments (which were very thoughtful), I think the odds of ever publishing such a survey of this type in a peer-reviewed scientific journal are low. Hence, the board of PPA has allowed me to announce the results of our survey publicly via this blog and (hopefully) Doximity so these results may be interpreted alongside the survey results reported by the American Board of Medical Specialties' Vision Commission. Admittedly, our survey asked different questions than that conducted by the ABMS, but the results are not only notable for their differences, but also for some similarities.

By way of background, here are the 32 questions we asked in the PPA survey.

Here is the full paper (with some minor edits) we submitted for peer review that was NOT accepted for publication. This pdf includes the background for the survey, the methods used, the results obtained, and a discussion of those results, as well as references, figures and tables.

Similarities of PPA survey to the ABMS Survey on Board Certification:

Differences of PPA survey from the ABMS Survey on Board Certification:

Finally, here is a pdf of the Powerpoint presentation I presented in June 2018 at the AMA House of Delegates meeting in Chicago summarizing findings from the PPA survey.

I hope these data are informative and provide a balanced perspective of a large cohort of US physicians' and surgeons' perspectives on ABMS Board initial and "continuous" certification.

Physicians and others are welcome to use these data under a Creative Commons license (see below), we just ask for appropriate attribution.

P.S.: Physicians desiring state-specific data regarding the PPA survey results are welcome to contact me via Twitter or email.

Survey of US Physicians and Surgeons Perspectives on US Board Certification by Practicing Physicians of America is licensed under a Creative Commons Attribution 4.0 International License.

Based on a work at http://www.practicingphysician.org.