A Brief History of Eating Humans 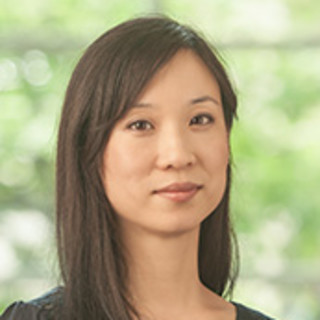 This is part of the Medical Humanities Series on Op-Med, which showcases visual and literary art by our members. Do you have a creative piece you’d like to share with the community? Send it to us here.

A Brief History of Eating Humans for Health

Pity those gingers. Another recipe for redheaded cadavers comes from a German physician in the early 1600s. “Choose the carcass of a red man, whole, clear without blemish, of the age of twenty-four years, that hath been hanged, broke upon a wheel, or thrust-through.” The flesh should then be chopped to bits, sprinkled with herbs like myrrh and aloe, and mashed in wine. Afterward, it was dry-cured in a shady spot, where it would become comparable to smoked meat “without stink.” If you’re envisioning beef jerky, then you’ve got the right idea, though eating the jerky wasn’t the end point. A red tincture would then be obtained from the dried flesh, and used as a restorative wound treatment or for a slew of other ailments.

This brings us to anthropophagy — the consumption of humans. When those gladiators fell, people drank a pint or so of blood, but they also ate the athletes’ raw, fresh livers, again hoping to cure epilepsy. Liver was often considered an organ where courage resided, and replete with useful blood. Puritan Edward Taylor (d. 1729), Harvard graduate and rather famous for his poetry, was less known for his medical “Dispensatory.” In it, he described how the dead human body contained a wealth of cures for the living. The marrow of bones was good for cramps. Gallbladder “relieveth in Deafness.” Dried heart cured epilepsy. And the list goes on.

Then there was the possibility of candied humans. The legend of the “honeyed man,” or mellified man, comes from the text of a sixteenth-century Chinese pharmacologist named Li Shizhen. He wrote of a rumor that there was an Arabian practice of mummifying a human with honey. Apparently the body had to come voluntarily from an elderly person. Without the self-sacrifice, the medicine would be useless. The volunteer would eat nothing but honey for days and days, until their excrement became honey, their sweat became honey, and they urinated honey (totally not possible, but hey, it’s a legend). And then after dying (as one would, eventually), the body would be entombed in a coffin filled with honey. After exactly one hundred years, the embalmed body would then be consumed, piece by sweet piece. Who wouldn’t want a piece of candied man? Actually, don’t answer that.

Honey is a fantastic antibacterial and preservative, and has been used for medicinal purposes in cultures for centuries. So perhaps combining it with corpse medicine made some sort of morbid confectionary sense. Of course, there’s no evidence that “mellified men” ever existed, but given the history of medical cannibalism, one wonders.

A followup on medical cannibalism

Thankfully, when you search for “cannibalism” on PubMed, the first page of results includes caddisflies, mosquitos, chimpanzees, dragonflies, and mice. No humans dining on humans, for any reason. Though we gratefully use live and cadaveric sources for the gamut of transplantation needs, and freely accept blood and breast milk and feces for donation, the oral consumption of human body parts isn’t in our pharmacological armamentarium. Placentophagy (technically autophagy, not cannibalism) has a following amongst some new mothers in this country. An occasional article pops up on the news regarding the consumption of human fetal tissuess in other countries. But it is unlikely that medical cannibalism will ever take hold these days; though the cultural mores of the past were fine with cannibalism, our contemporary world seems to have no stomach for it.

Why did you choose to write about this topic?

My co-author, Nate Pedersen, and I were friends before this book happened. He was curious about the history of quackery. I’d known a little about the use of mercury products and bloodletting and such, but not much more. It is a shame that in medical school, the curriculum is too crammed to fit in a course in the history of medicine. So this was an opportunity I couldn’t pass up. We looked around and realized that the book we wanted to write — one full of hard-to-believe stories from history, full of humor and great visuals, and organized by treatment, was missing.

How did you get into writing about the history of medicine? And how does this relate to your medical practice?

Quackery relates to my medical practice in that I’ve found that anyone is susceptible — it doesn’t matter what level of education or what demographic you come from. Even doctors are susceptible. But I have more perspective on why people choose to go with non-evidence based and often times offbeat or frankly snake oil-type treatments. We all want to be healthy and happy. It drives us to look elsewhere when the medical establishment doesn’t have the answers, or the answers are unsatisfactory. Hope is a strong motivator, and bias is powerful in health care decision making.

In addition to nonfiction, you’ve also written young adult fiction and poetry. Is there a medium you gravitate towards more?

To be honest, I gravitate most towards writing fiction. I love creating stories that make readers feel invested in characters. I love to imagine lives that aren’t my own, and situations that I know I’d personally run screaming from! It’s a heady feeling, being in charge of creating a world. It balances out the stress of a busy clinic schedule and piles of paperwork.

Sure! I have an adult historical book, The Impossible Girl, coming September 18th. It’s about a female grave robber, set in Manhattan 1850 (think of the Gangs of New York setting). I wanted to write about the business of stealing corpses for medical schools and anatomic museums of the time, and what it would be like if the most successful graverobber at the time was a biracial woman who herself was being hunted down for the very same business.

I also have another young adult novel in space, entitled Toxic, coming in November as well. This one is about a secretly created teenage girl who wakes up on day to find herself alone on her biological ship that’s dying. She falls in love with the mercenary teen boy doomed to die on a field study learning about the death of the ship. I’m excited to share both books with readers out there!